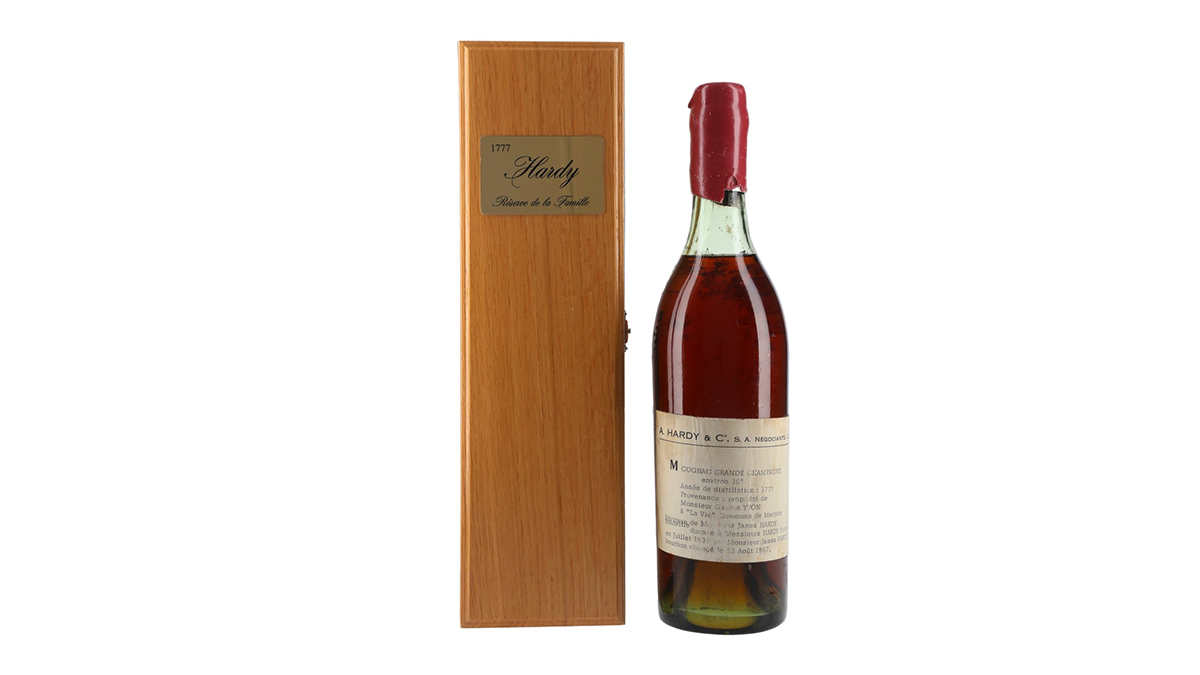 Five extremely rare Cognac bottles from 1777, 1802, 1812, 1906, and 1914 will head to auction at the end of January. The centuries-old French brandies come from the private collection of Jacques Hardy, a member of the Hardy Cognac family, which the current owner purchased directly from Hardy in 2003.

The 1777 vintage was given to Jacques’ uncle, James Hardy, on his wedding day by his in-laws, the Yvon family. The Cognac was distilled at Domaine de la Vie in the Grande Champagne area, and aged in an oak barrel for about 100 years. It was then moved into a demijohn and bottled in 1936.

“Despite its importance, in your glass, this Cognac will show its aroma of a smooth bouquet and of the blossoms of vine flowers in June in Charente,” wrote Jacques on the 1777’s certificate of authenticity.

“I am pleased to have tried this around 10 years ago when it was available at The Lanesborough Hotel in London,” said Sukhinder Singh, co-founder of The Whisky Exchange and Cognac collector. “What a privilege it was to taste such old liquid that was still fresh and full of life with the lingering rancio flavour that you find in pre-phylloxera Cognac.”

Jacques and his brothers each received 12 bottles of the 1777 Cognac, but only Jacques kept his allocation, two of which were opened at The Lanesborough Hotel, while another five remain in private collections.

The auction will run from January 31 through February 9 on the Whisky.Auction website.