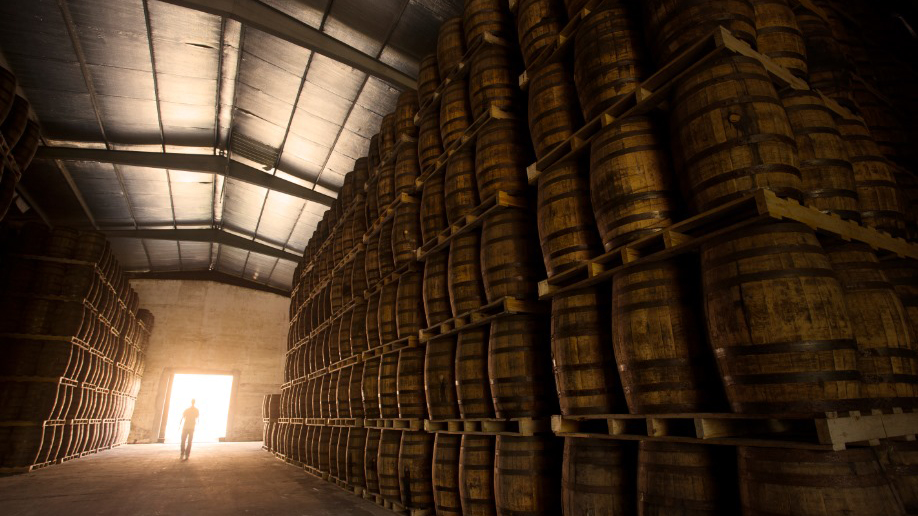 Ancient Greek philosophy already taught us about the balance in life and nature.  Human health needs exercise as much as it needs enough rest; cooking delicious dishes requires taste equilibrium; building fast cars means adding strong brakes to its designs; so what do you think makes aged spirits different from this golden rule? Absolutely nothing! Most of the consumers think that the more aged a spirit is, the better its profile is but it is more complicated than that. However, first of all let me write some basic concepts about ageing so we can establish some bedrock for my argument.

Inside the barrel, the spirit is exposed to four processes. Maturation (which is a reaction between the secondary aromas from fermentation and new aromas formation), Oxidation (which is the reaction between those secondary aromas and the O2), Extraction (drain of tertiary aromas from the wood such as carbohydrates, lignin and tannins) and Concentration (thanks to the evaporation of alcohol, water and other volatile compounds called “Angel’s Share”). All four processes compose what we call “Ageing”.

If the temperature is higher, the ageing will be faster. Faster maturation and extraction in addition to a higher Angel’s Share means bigger concentration. That is why we have to understand the huge differences between tropical ageing (spirits aged in the tropics under high temperatures) and continental ageing (Spirits aged in the north of Europe or USA under low temperatures). Just as an example, Scotch Whisky‘s Angel’s Share goes from 1.5% to 3% per year. Rum Angel’s Share goes from 6% up to 15% depending on the country. Tertiary aroma extraction is also three times faster in tropical climates and that means as a Rum producer you have to be very careful about the Rum profiles you age and for how long you do it.

Finding a balanced Rum means choosing first the sugarcane “state” which is mainly “juice” or “molasses”. Then you pick the right “fermentation system” and “time range” to create the right profiles according to the raw material used and your “ageing timing”. At last you choose the barrel type, the “ageing system” and long or short term liquid stocking inside the barrels. I will talk about the barrel types and ageing system in my next article, but in this one let’s focus on the Rum profiles before we fill the casks.

If I decide to drink an old white wine, expecting a high evolution of the profile through time, I will never go for a “Vermentino” or “Pinot Grigio”. Those grapes are not made for long evolutions in bottle. For sure I would go for a “Chardonnay” or “Sauvignon Blanc” which are barely drinkable being young and definitely far away from being balanced. Same with Islay Peated Whiskies versus Highland Whiskeys. The first ones are not balanced at all with short term ageing but its profile is the only one that can resist the onslaught of wooden tertiary aromas after thirty years of ageing. On the other hand, Highland Whiskies are delicate and elegant after only twelve years of ageing but can taste like liquid oak after thirty years, being far away from any equilibrium.

What about Rum? Starting with the raw material and talking about sugarcane juice rums, most of them are doing short (24 to 36 fermentation hours) or medium (36 to 72 hours) fermentations. Its profiles are based on the fantastic grassy, fresh and green primary aromas from the sugarcane. These kinds of rums are a unique category. In my opinion, ageing these rums more than five years doesn’t make any sense because all the freshness is lost against the woody flavors. And you could ask me why the producers are even launching the old vintages into the market? Well, the answer is simple: because most of the consumers are asking for round, delicate and overaged rums thinking that this is always the best choice. Sugarcane juice rums are made to keep their primary aromas and balance with the tertiary aromas. Most of them are not heavy with secondary aromas from fermentation and are at a disadvantage versus the intense oaky notes in tropical ageing. Of course you can also find heavy long fermented sugarcane juice rums distilled in pot stills and being heavily aged but for me those profiles lost their way from the elegance and balance.

Molasses rum is usually made for long term ageing but not all of them have the right profile to do so. Medium fermentation molasses rums are more immediate, and are ready to enjoy straight up and neat already after seven years, but after twenty years of tropical ageing the rum can taste like liquid oak. Au contraire, heavy long term fermentation molasses rums are too oily, heavy and harsh for the palate when they are not aged at least fifteen years but are the only ones that can handle twenty, even thirty years of tropical ageing because of its huge amount of secondary aromas.

The magic of rum craftsmanship is to collect all the small pieces of variable possibilities and put them together in the right way to give to the world a masterpiece of balance.

In my next article we will discover how much the barrel typology can influence the rum profiles and which three ageing systems are used. Stand by and stay tuned!