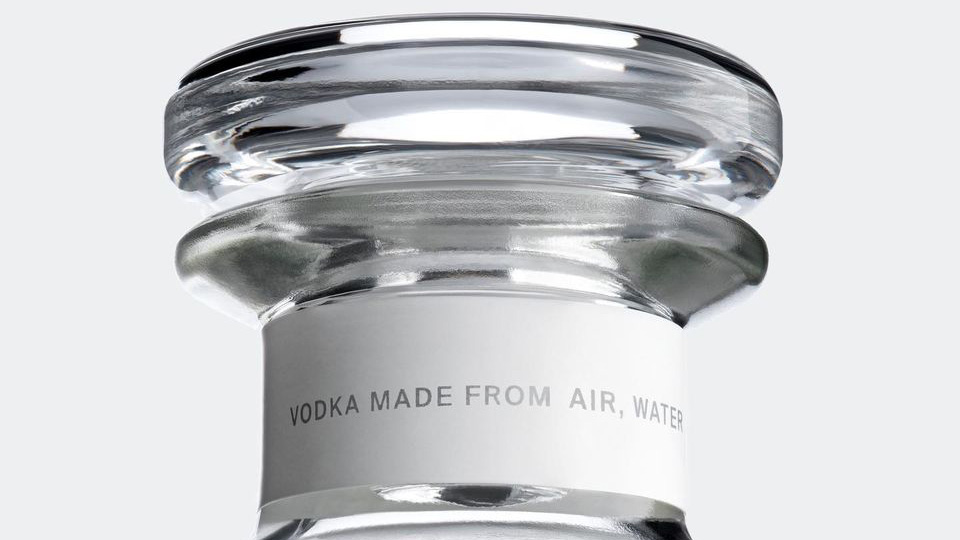 Late last year, Air Co unveiled their carbon negative Vodka to the world. It quickly garnered attention from various news organizations–including ours–but then, coronavirus. The company quickly shifted to producing hand sanitizer, forcing the earth saving spirit back on the shelf for a period. But now the Vodka has finally arrived.

On August 26, Air Co released Air Vodka for retail with the launch of its online ecommerce platform. And now those of us who have been eagerly waiting for the spirit’s arrival can finally rejoice and try a sip.

Air Vodka is made from captured CO2 instead of yeast, which means spirits lovers no longer need to feel guilty about sipping their favorite drink instead of planting a tree–though planting a tree while sipping this Vodka is even better. A typical bottle of vodka produces around 13 pounds of greenhouse gases. Air Co.’s new spirit, however, removes a pound of CO2 for every bottle produced—making a bottle of it is the equivalent of the daily carbon intake of eight trees.

“Our technology uses carbon dioxide and water along with electricity to create alcohol,” explained Stafford Sheehan, an electrochemist and cofounder of the startup, which launched the product in a handful of bars, restaurants, and retailers in New York City last year. “That’s inspired by photosynthesis in nature, where plants breathe in CO2. They take up water, and they use energy in the form of sunlight to make things like sugars and to make other higher-value hydrocarbons, with oxygen as the sole by-product. Same thing with our process: The only by-product is oxygen.”

To make the Vodka, Air Co. captures CO2 from nearby factories. Then, the team uses electricity to split water into hydrogen and oxygen. From there, the oxygen is released, and the hydrogen is combined with CO2. “We do that in a reactor with a special catalyst and that’s kind of our secret sauce,” explains Sheehan. The combination makes alcohol and water. The final step is to remove the water through distillation. The whole process, including the still, runs on solar power “so the overall lifecycle carbon intensity of all the energy that we use is minimized, and in the end, we get a product that is net carbon negative.”

The result is an 80-proof Vodka that will serve as just one piece of the Air Co puzzle. The sustainable startup develops proprietary technologies that are all designed to help convert carbon dioxide from the atmosphere into value-added products. Meaning perfumes and other ethanol-based products should be on the way in the future.

Air Vodka is now available for direct-to-consumer orders on its website, the Minibar app and website and the Drizly app and website for delivery in New York. For in-person purchases, people can visit retailers in select locations in New York and New Jersey.

The carbon-negative vodka comes in a 750ml bottle and can currently be purchased for $75 via Drizly or in-person at stores throughout New York and New Jersey.