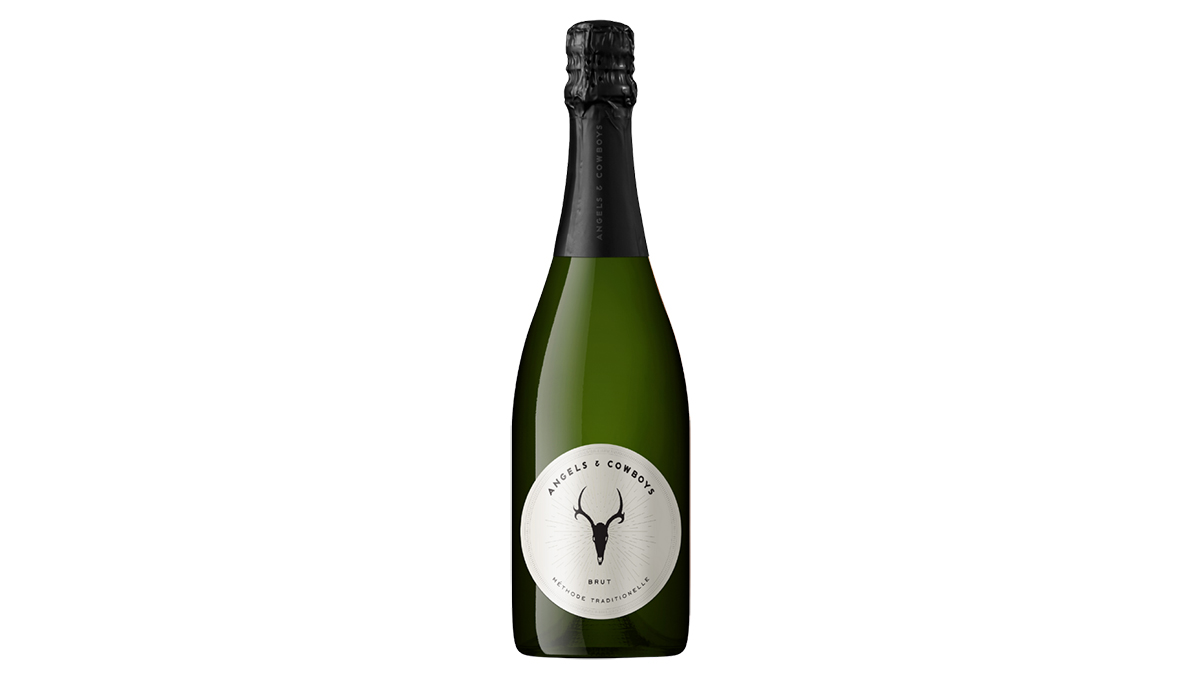 Angels & Cowboys Brut NV is made from 56% Pinot Noir and 44% Chardonnay, sourced from Northern California vineyards largely in Mendocino, Sonoma, and Solano counties. It bears a California AVA and is priced at $22.99 per bottle.

The wine contains 24% reserve wines sourced from a perpetual reserve (also known as réserve perpetuelle in Champagne). The reserve wines are approximately 50% Chardonnay and 50% Pinot Noir stored in tank and range in age from about 4 to 10+ years. The wine is also aged on lees for 12 months to give it a creamy mouthfeel.

The initial release is 5,000 9L cases with plans to expand the production of the Angels & Cowboys sparkling program later in the year. “Our Brut Rosé NV was really well received, we’ve doubled down in the $20+ sparkling wine category which continues to grow at about 25% by value and volume (IRI Brut Sparkling wine/Champagne, 52 weeks ending 3.21.21),” said Share A Splash wine co. founder Yoav Gilat.

“This release just happens to coincide with a truly celebratory moment around the world when family and friends are reuniting and rejoicing in being able to actually see one another again,” Gilat added. “I’ve always believed in celebrating the everyday, and as we raise our collective glasses, I hope that appreciation will carry forward into 2022 and beyond, let’s always be celebrating – both the big and small occasions.”

For more information on Angels & Cowboys wines, head over to the official website.