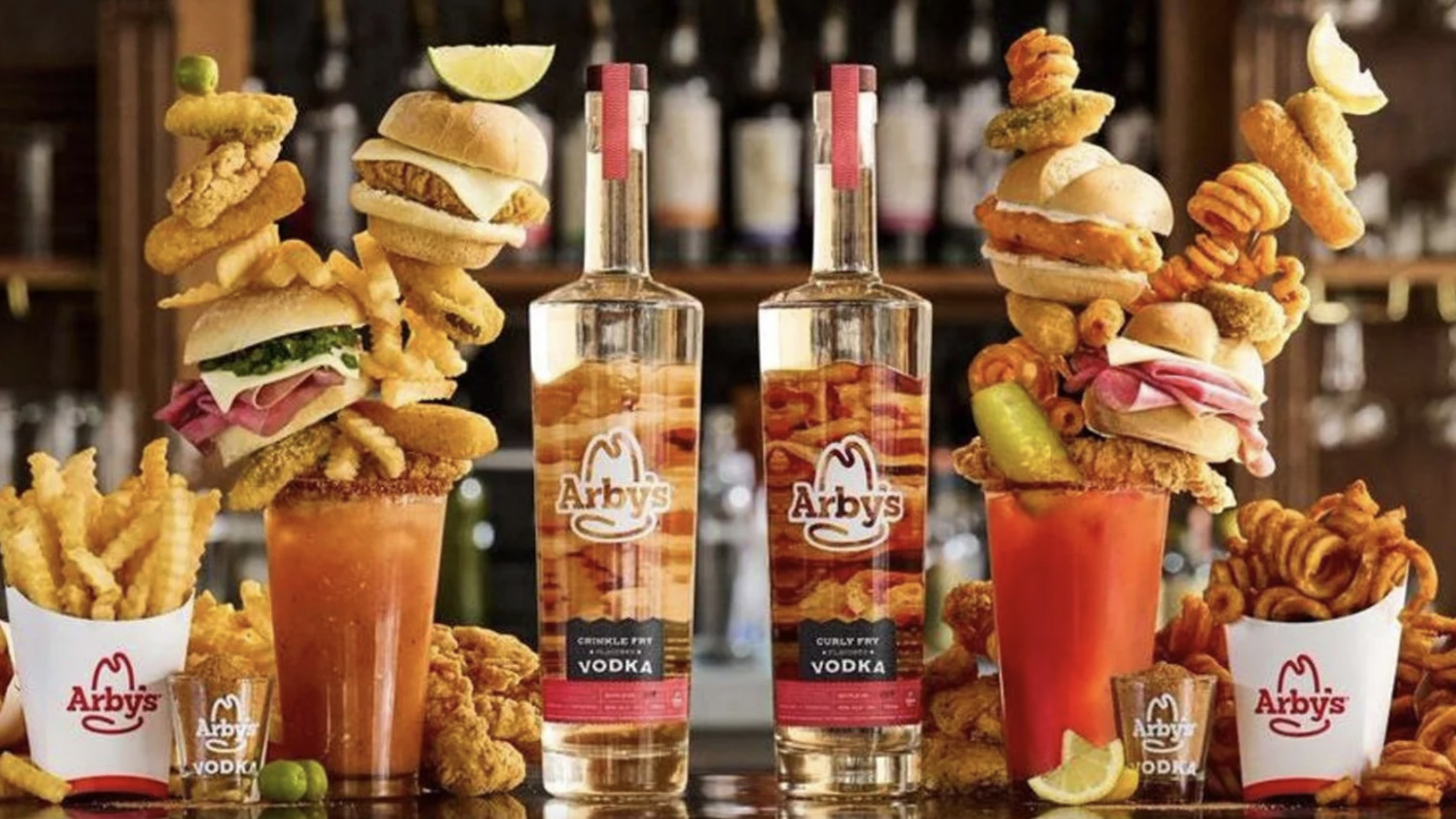 “We have the vodkas.” Nothing goes with Arby’s quite like 750 milliliters of vodka, or at least we thought so. As usual, the Ohio-born fast food sandwich chain has managed to up the expectations of expectation and introduce not one, but two French fry-flavored vodkas.

While it may sound like something straight from Nihilist Arby’s Twitter page, this stuff is real and it might just change the way you consume fast food–i.e. get it delivered and pair it with a red solo cup of shame.

Sadly–but probably for the best–Arby’s Curly Fry Vodka and Arby’s Crinkle Fry Vodka expressions will be a limited edition release, so at least this one moment of denial and regret will be permanently relegated to the past. That is until the more than certain sequel raises its ugly head, “do I hear jalapeno bite tequila, anyone?”

The Curly Fry Vodka is billed as “a tribute to the mastery of crisp, spiced, curled potato,” distilled with cayenne, paprika, onion, and garlic for a spirit that “preserves the distinctive and authentic tasting notes of the traditional Arby’s Curly Fry. ” No argument here.

Meanwhile, the Crinkle Fry Vodka is made with kosher salt and sugar to honor “the rich tradition of salted potato shapes.”

“Though we’ve mastered the art of drive-thru fries, we wanted to take it one step further – by making them 80-proof,” explained Patrick Schwing, CMO at Arby’s.“Being a potato-based liquor, this limited-edition vodka is infused with crinkle and curly fry flavor so Arby’s fans can enjoy our menu from bag to bottle. And we’ve worked with Chef Justin Sutherland to create Arby’s menu-inspired cocktails that pair perfectly with the new vodka flavor profiles.”

The brand recommends using the vodkas in a bloody mary. We’d assume you’re probably beyond mixers (or counseling) at this point.

The two flavored vodkas will go on sale at ArbysVodka.com beginning November 18, though there are “extremely limited” quantities.

The bottles are priced at $59.99 each with shipping included. The shame is free.