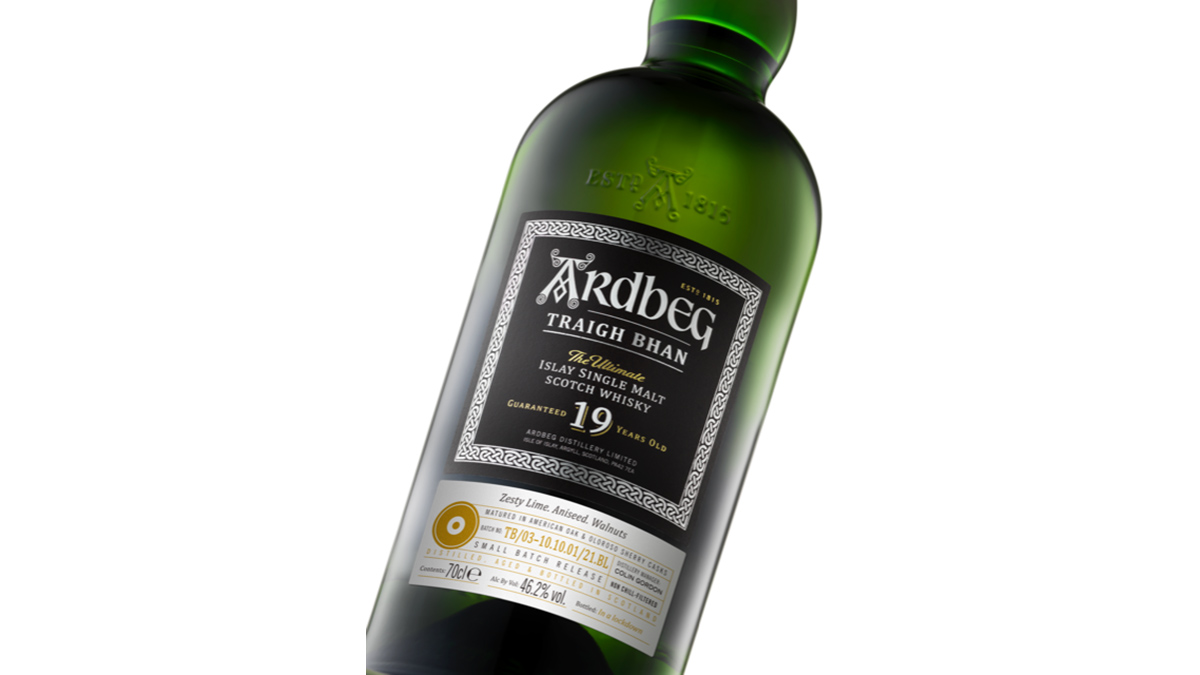 Ardbeg Traigh Bhan Batch 3 follows in the footsteps of the batches that came before it, but with slight changes to the cask selection, resulting in a somewhat spicier dram–expect delicate notes of zesty lime and walnuts alongside bolder flavors of cayenne pepper and aniseed.

The circumstances in which Batch 3 was bottled were strikingly different to previous releases. A Scotch sent to the furthest reaches of the Ardbeg Warehouse, Ardbeg 19 Years Old Batch 3 was eventually bottled in the midst of a global lockdown. Having spent months on end behind closed doors, this unprecedented bottling is now ready to come out from the dark… and into the light.

Each batch carries its own unique code, batch symbol and signature from one of the Distillery’s famous faces – this year it’s Dr Bill Lumsden, Ardbeg’s Director of Distilling and Whisky Creation. “It’s an honor to put my name to this whisky,” said Lumsden. “It’s an exciting evolution on previous batches, bottled in exceptional circumstances. This is a part of Ardbeg’s history.”
“To mark the release of Batch 3, I’ll be hosting an exclusive online tasting for Committee Members on 30th September, as part of our Ardbeg General Meeting (AGM),” added Colin Gordon, Ardbeg’s Distillery Manager. “After spending so long behind locked doors, I can’t wait to dive into Traigh Bhan and shed some light on the finer details of this exceptional dram…”

To learn more about this bottling, head over to Ardbeg’s official website.

In July, Ardbeg unveiled another new whisky exclusive for members of the Ardbeg Committee, Ardbeg 8 Years Old For Discussion. The new Scotch is the latest Committee-only bottling from the Scotch whisky brand, born out of an experiment by master distiller Dr Bill Lumsden.

In February, Ardbeg added the “Aged and Caged” 25 Years Old whisky to its core line up. The new expression is the Islay distillery’s oldest whisky permanently on offer.