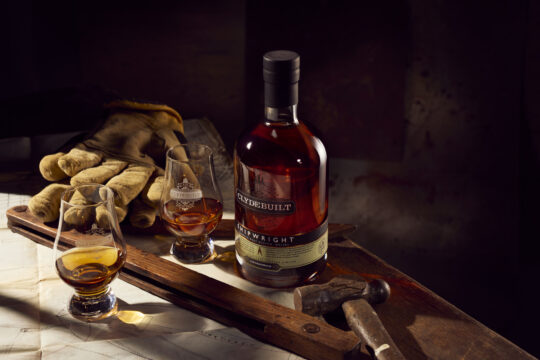 Ardgowan Distillery has shared the second whisky in its Clydebuilt series, Shipwright.

Matured in first-fill oloroso Sherry casks, Shipwright is the second in the Clydebuilt series following the launch of blended malt Coppersmith in 2019.

“The feedback we’ve had from Coppersmith gives us great confidence in our ability to craft premium whisky with broad appeal. I think it is our best dram yet.”

And expanding, to discuss the establishment of the Ardgowan brand: “Since the moment we launched the business, our goal has always been to build a world-class distillery and visitor centre on the Ardgowan Estate.

“Naturally, our plans have been on hold for some months due firstly to Brexit and then Covid-19, but now I am confident we will start work later this year on our one-million-litre distillery, and we will be in operation by 2023.

“Ardgowan is en route to the islands, it’s near the sea and I think this will help us create a coastal lowland malt of real character.”

In 2017, Ardgowan Distillery gained planning permission to build a new distillery in Inverkip, west of Glasgow. However, construction on the site has been delayed by Brexit and Covid-19, and work is now due to begin later this year.

Last year, the distillery launched Ardgowan Expedition, an exclusive limited run of 600 bottles, containing whisky which travelled to the South Pole with Polar Explorer Robert Swan OBE. This 20-year-old blended malt includes classic single casks from upper Speyside and the northern Highlands. It was awarded a gold medal in the 2019 Scottish Whisky Awards in the category Best Blended Malt over 12 years.

For more information on the drams, head over to Ardgowan Distillery’s official website.