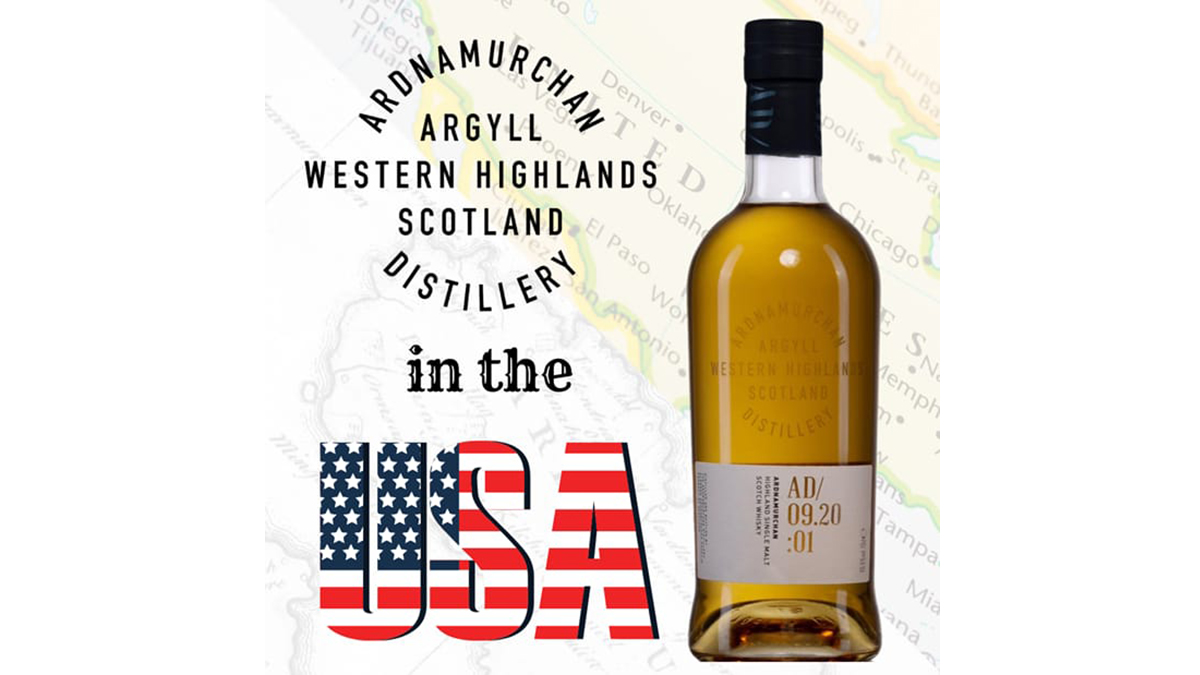 Ardnamurchan is set to launch two single malts in the US. The Highland Scotch whisky distillery signed a distribution deal with Impex Beverages. The distillery is owned by Scottish independent bottler Adelphi.

The first whiskies featured in the Ardnamurchan distillery will be the Ad/04.21.03 single malt Scotch, followed by the Single Cask AD/CK187. The single malt comprises a 50/50 split of peated and unpeated whiskies, matured in a combination of ex-Bourbon (65%) and ex-Sherry casks (35%).

“I have been following the excellent work that Sam [Filmus, president and managing director of Impex Beverages] and his team have been doing with a number of our friends in the industry over the years, and it is really exciting to be launching Ardnamurchan with them this year,” said Alex Bruce, Ardnamurchan managing director. “The timing has also been very opportune for us both, with the introduction of 700ml bottles to match our other markets globally, and the lifting of tariffs on single malt Scotch whisky.

“As the year progresses, we are equally proud to be bringing the Adelphi Independent Bottlings back to the US with Impex as well.”

Just 5,000 bottles of the Ardnamurchan US-exclusive Ad/04.21.03 single malt Scotch will be made available, while only 269 bottles of Single Cask AD/CK187 will be sold.

In September, Ardnamurchan launched its inaugural single malt Scotch Whisky. The Western Highlands distillery commenced production back in 2014. Matured for six years in a mixture of ex-Bourbon and ex-Sherry oak casks, the single malt is composed of an even split of peated and unpeated Whiskies. Bottled at 46.8% ABV, the resulting liquid has notes of honeycomb, waxy peel, oyster shells, brine, strawberries, black pepper, and bonfire embers.

Ardnamurchan produces two signature styles of spirit, one peated and one unpeated. It has been designed to produce a full flavoured malt true to its location in the west Highlands.