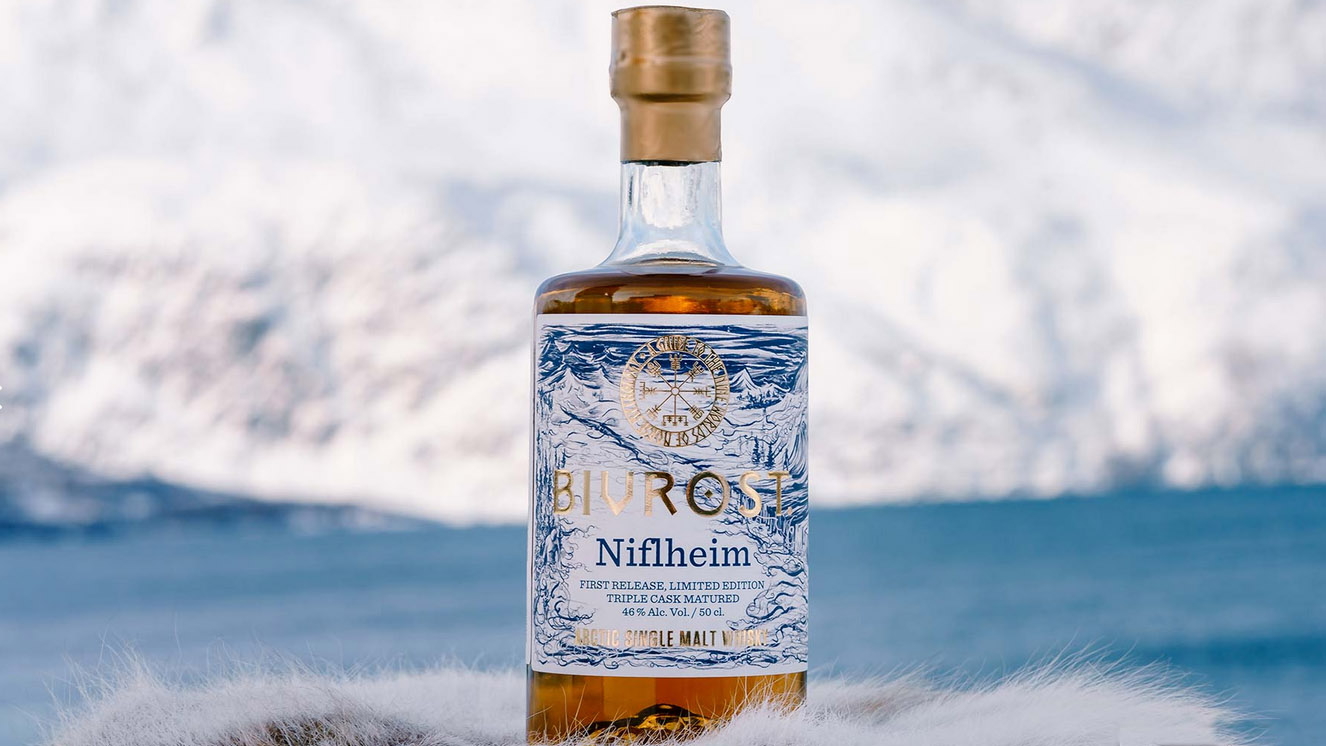 Made from Nordic barley, Pilsner malt and brewer’s yeast, with water sourced from a local spring which receives melted glacier water from the Lyngen Alps, the Whisky has been stored in sherry, virgin oak and bourbon casks, and matured for three years in underground storage vaults. The vaults were previously part of a network of tunnels in a Cold War NATO base.

Aurora Spirited Distillery is situated in Norway far beyond the Arctic Circle and is the world’s northernmost distillery.  It has an award-winning visitors center that offers guided tours.

The brand plans to release two limited edition whiskies annually as a collectable series, until they scale up whisky sales with their ‘standard’ Bivrost Whisky, which they expect to be released in 2025. The collectible series will feature whiskies related to the nine worlds of Old Norse mythology. The first release will be Niflheim, which means  ‘world of fog’, and refers to the homeland of darkness, cold, mist, and ice.

The brand’s name also descends from Old Norse myth and language. “Biv rost” translates to ‘shaking path’ and was the name given to the northern lights by the Vikings who believed the lights were a magical bridge between the worlds.

The brand describes the nose of the whisky as “Deliciously juicy dried fruits and sweet toasted nuts. Dried cherries, sultanas, raisins, figs. Then sweet caramelised peanuts, almonds and hazelnuts with a hint of black pepper.  A rich spiced malt note comes later like toasted malt bread with nutella.” The palate is of, “a lovely balance of sweet and woody spice with hints of dried fruit. Like balsa wood shavings on a woodburner in a sauna that has maple syrup on the wooden benches and then a few black peppercorns and dried fruits are thrown into the burner.” The finish is expected to be “long and sweet with hints of spice.”

Bivrost Niflheim is currently on sale in Norway, Sweden, Germany, and the U.K. and can be purchased globally through Master of Malt (though not currently in the United States).