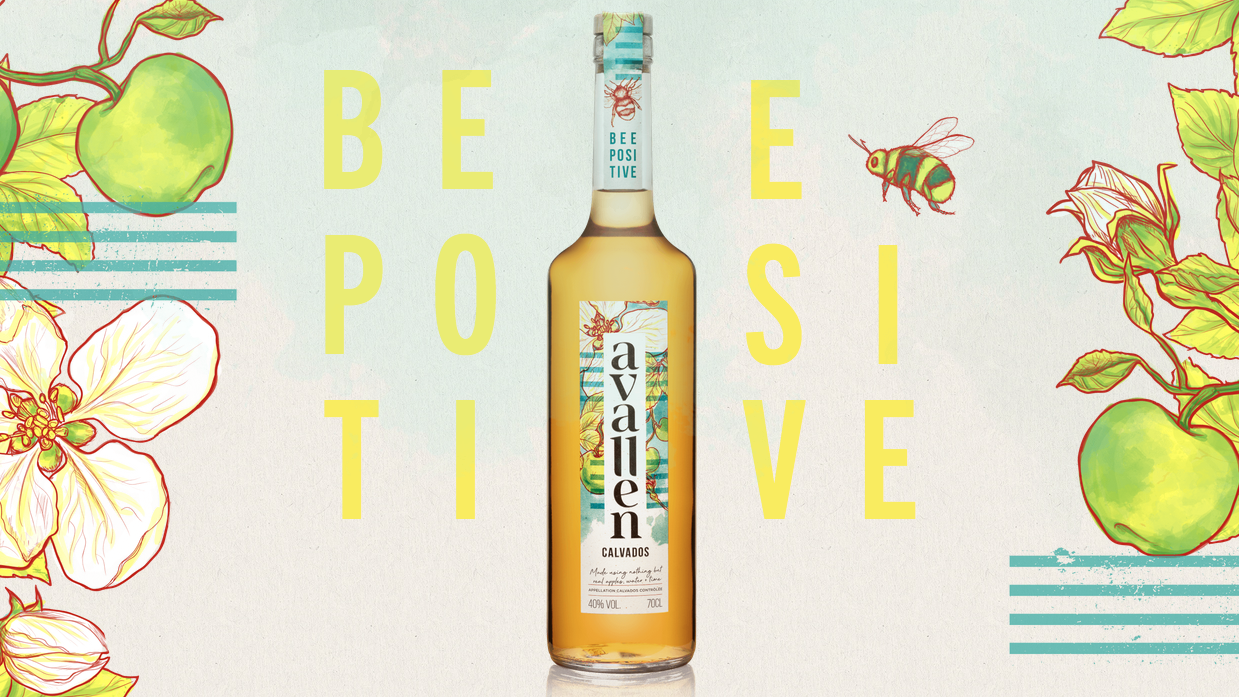 Avallen Calvados will donate 1% of its sales to environmental initiatives as part of the 1% for the Planet program. The sustainable spirits brand joins 3,000 other companies that have agreed to donate 1% of their turnover to charities that support the environment.

Started in 2002 by Yvon Chouinard, founder of Patagonia, and Craig Mathews, founder of Blue Ribbon Flies, 1% for the Planet sees member businesses around the world donate to environmental non-profit organisations. Since its inception, members have given more tha $265 million to approved non-profit partners.

By joining 1% for the Planet, Avallen said it was making a “long-term commitment to our wild bee populations.”

We’re extremely excited to join thousands of pioneering companies and become a member of 1% for the Planet, continuing our commitment to support amazing organisations working hard to protect our most important of pollinators: the bees,” said Avallen co-founder Tim Etherington-Judge. “Joining 1% for the Planet is another step on our journey to be the world’s most planet-positive spirit.”

Avallen was launched by Etherington-Judge and Stephanie Jordan in 2019 to “reignite Calvados” and have a positive impact on the world’s bee populations. It is made without the addition of sugar, caramel or boisé, and has been aged in French oak barrels for two years. The liquid is described as “fresh, fruity and proudly apple-forward”.

“Avallen Calvados exists not only to promote the amazing native spirit of Northern France but also to give bartenders the opportunity to ‘pour with purpose’ and know that every drink served is contributing to improving biodiversity around the world,” said Jordan.

Last year, the brand surpassed its £250,000 ($316,000 USD) crowdfunding target, which will be used to drive sales and gain new listings, as well as boost digital marketing.

In other green spirits news, Bruichladdich has won a grant to explore the use of alternative non-fossil fuels at its distillery. Beefeater Gin, meanwhile, has unveiled a new, more sustainable Gin bottle that will allow the Pernod Ricard-owned brand to save 410 tonnes of plastic every year.