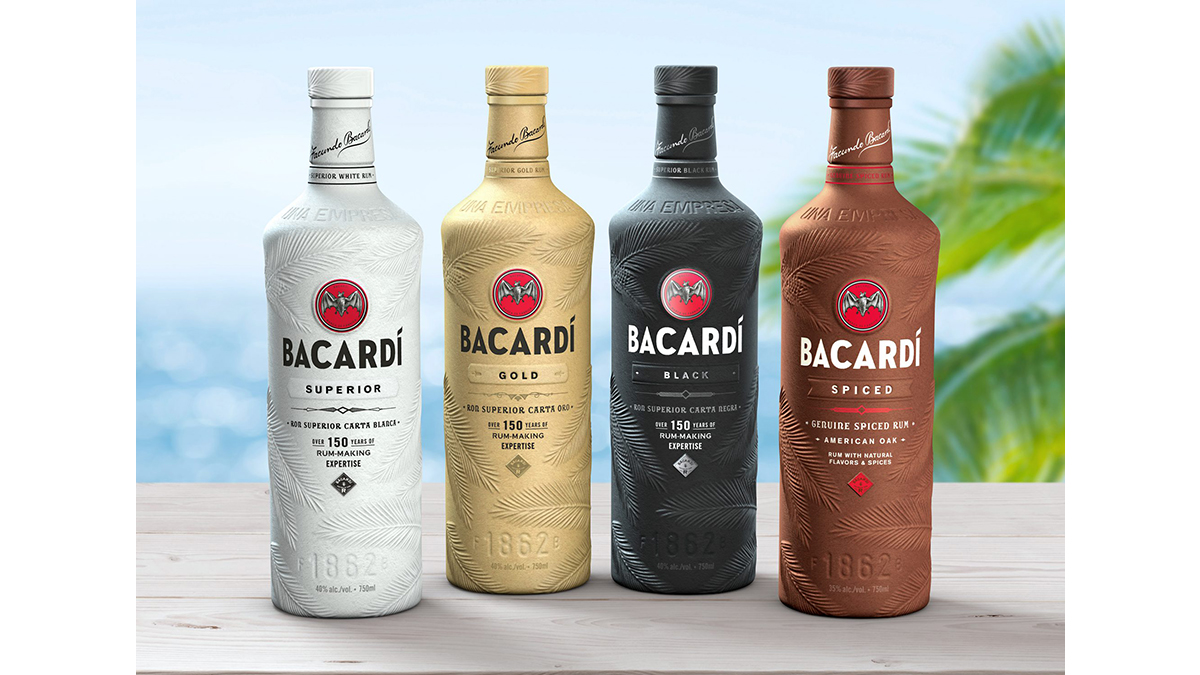 Bacardi has unveiled the world’s first 100% biodegradable spirits bottle, and the Bermuda-based company plans to have them on shelves and behind bars by 2023. The firm will save 3,000 tons of plastic each year by replacing 80 million plastic bottles with the new plant-based material.

Bacardi Rum will be the first spirit to appear in the new biodegradable bottle, before the family-owned company’s entire portfolio receives the sustainable makeover, including  Bombay Sapphire, Grey Goose, Patrón, Martini, and Dewar’s. To create the new plant-based vessels, Bacardi worked with Danimer Scientific, a leading developer and manufacturer of biodegradable products.

The company will replace its petroleum-based plastics with Danimer Scientific’s Nodax PHA, a biopolymer which derives from the natural oils of plant seeds such as palm, canola, and soy. The new spirits bottle will biodegrade in a wide range of environments, including compost, soil, freshwater, and seawater. And after 18 months, it will completely disappear with leaving any harmful microplastics.

“Over our 158-year history, Bacardi has always believed in respecting the world’s natural resources and acting responsibly, from the sustainable sourcing of our sugarcane to the water and energy used to make our rum,” said Ned Duggan, senior vice president for Bacardi rum. “We’re now excited to be pioneering this new biopolymer technology for the benefit of all Bacardi brands and the entire spirits industry.”

Along with the forthcoming plant-based bottles, Bacardi is also working on a sustainably sourced paper bottle that integrates Nodax PHA polymer. It is all part of the company’s goal to become 100% plastic free by 2030.

“It may sound small,” said Jean-Marc, senior vice president for global operations, “but add that up across every bottle produced globally and we’re talking many tonnes of plastic every day. Once we’ve fixed the problem, we’ll be open sourcing the solution for the entire industry to use. This isn’t about competitive advantage. It’s about doing the right thing for the planet.”