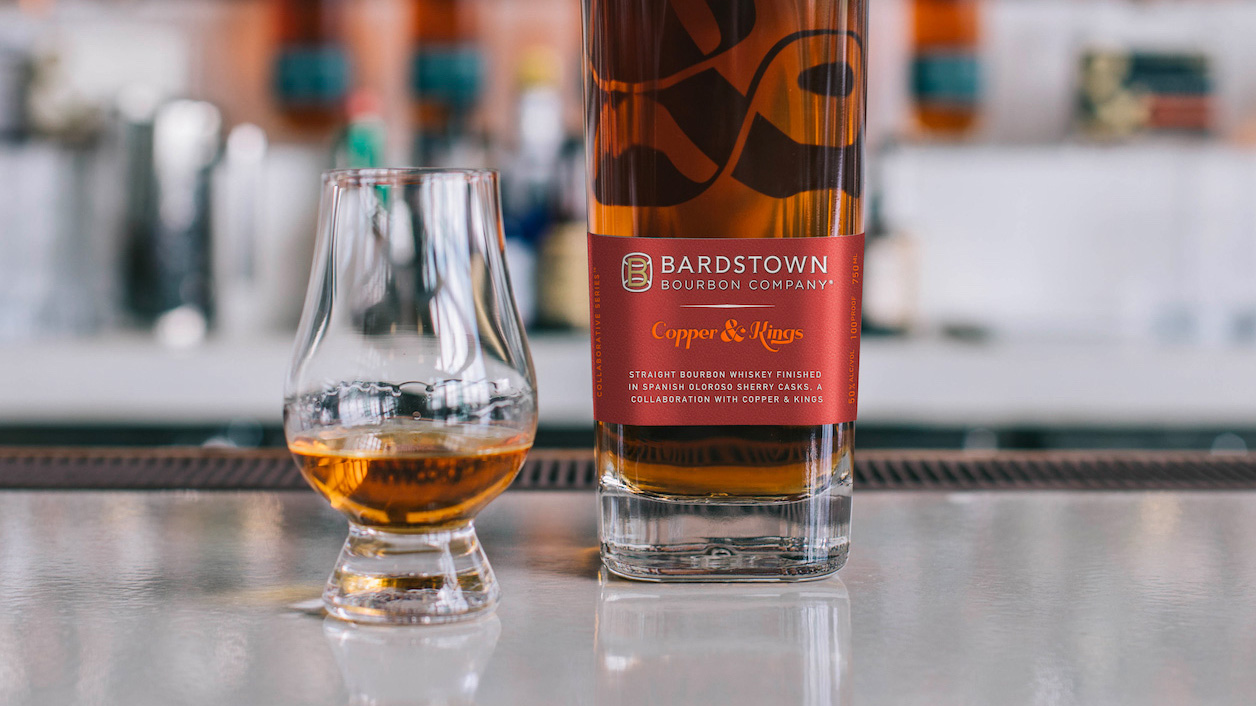 According to the Kentucky distillery’s tasting notes, the Bourbon features “classic sherry notes of raisin and fig are balanced with bursts of candied orange and baking spice. a dry, complex palate of cedar and campfire leads to a balanced finish of ripe dates with subtle spice.”

Classic sherry notes of raisin and fig are balanced with bursts of candied orange and baking spice. a dry, complex palate of cedar and campfire leads to a balanced finish of ripe dates with subtle spice.

Coming in at 50% ABV, Bardstown Bourbon Copper & Kings Sherry Finish will be sold for $125 per 750 ml bottle, and will only be available in Kentucky, Indiana and Illinois.

Bardstown Bourbon Company and Copper & Kings Brandy Company most recently collaborated on the Copper & Kings Apple Brandy Finish, an eleven-year-old Indiana Bourbon polished in select apple brandy barrels for 20 months. Before that, they collaborated on the Copper & Kings Double Mistelle Finish a ten-year-old Indiana bourbon polished in muscat mistelle barrels for 18 months, then rebarreled for an additional finish in fresh new American oak casks for an additional 19 months.

In other Bourbon news, late last month Angel’s Envy announced that its Kentucky Straight Bourbon Whiskey Finished in Japanese Mizunara Oak Casks is set to be the newest release from the Louisville-based distiller. The new expression will be revealed this month to celebrate the 10th Anniversary of Founder’s Day.