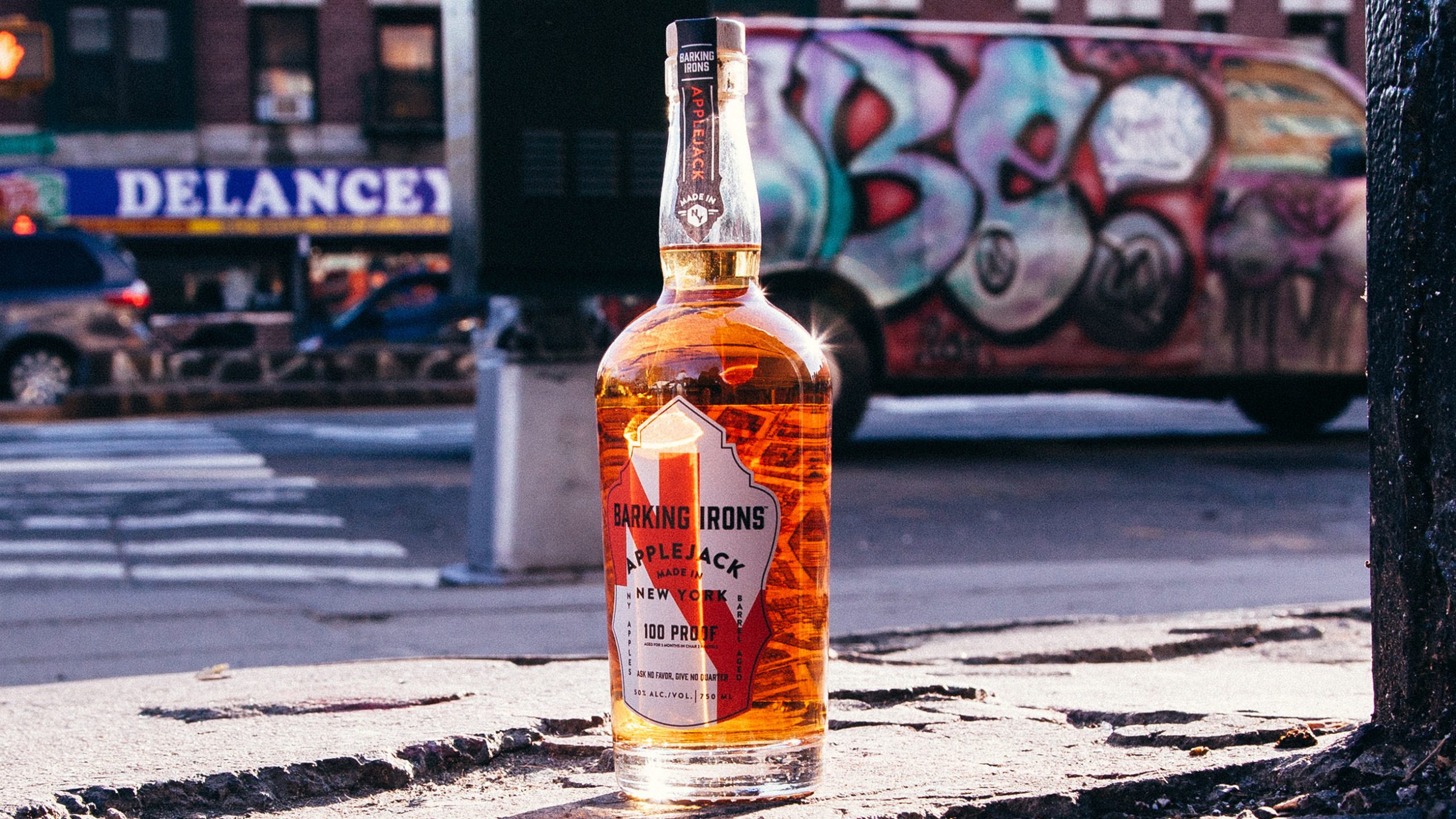 Barking Irons Applejack Brandy has launched its New York to the Core advertising campaign. Rooted in the brand’s provenance, the campaign celebrates all things great about the Empire State.

Made in New York, entirely from New York State apples, Barking Irons Applejack will highlight the resiliency of New York’s small businesses community, while also providing signage for liquor stores, bars, and restaurants, encouraging their respective patrons to abide by a New York to the Core pledge. The campaign will also be distributing face coverings for the trade community.

Underpinning the new campaign is the brand’s strong adoption by the New York market with doubled year over year growth since its introduction four years ago. To support their home market, Barking Irons is working with local partners to introduce their signature hot drink, the Lower East Cider. The spiced New York apple cider spiked with Barking Irons Apple brandy is well suited to keep New Yorkers warm during the new normal of year-round outdoor dining, and is as versatile as the ingredients any bartender or home bartender has available.

Heat your cider with whatever spices you’ve decided to add. Carefully pour the hot cider into a mug. Spike it with Applejack.

For more information, head over Barking Irons Spirits’ official website, and to grab yourself a bottle, head over to Drizly. Barking Irons’ New York Applejacks are all available through Reserve Bar to ship within New York and Florida.

Brandy has seen a recent spike in popularity. Just last month, Seven Tails XO announced plans to launch its blend of brandies, Armagnac, and Cognac from southwest France in the United States. One week earlier, it was announced that Spanish brand Suau would be coming to the U.S. as well.