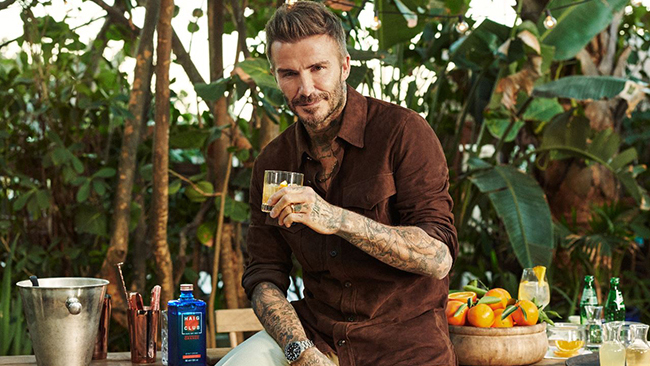 David Beckham and Haig Club have teamed up once again, this time to release a new orange-flavored spirit drink, Haig Club Mediterranean Orange. The new offering from the Diageo-owned brand was created to attract non-whisky drinkers.

“Myself and the Haig Club team are continually looking at ways to engage and adopt new consumers to the brand,” said Beckham. “Developing Haig Club Mediterranean Orange has been in the works for some time now and I’ve enjoyed helping select the final liquid. The orange perfectly complements the signature Scotch notes of Haig Club and it’s a great long drink for summer.”

The new expression aims to tap into the growing early evening and aperitivo occasions, and provide an “accessible option” for both whisky fans and non-whisky drinkers.

“We see this as a huge opportunity to recruit a new generation of drinkers as more and more consumers are choosing flavours and sweeter drinks,” said Violeta Andreeva, whisky marketing director, Diageo.

The brand recommends serving the spirit drink over ice, and mixed with 150ml of lemonade, garnished with a slice of orange.

Haig Club Mediterranean Orange is priced at £25 ($34 USD) per 700ml bottle. It will be available from Waitrose beginning April 12, followed by Asda, Morrisons and Tesco from April 19. It will also be available to purchase from Amazon and Haig Club’s website.

Over the last several months, Diageo has been making a real effort to expand a variety of its brands. Last week, Ciroc and Sean “Diddy” Combs announced the launch of their newest seasonal flavor, Ciroc Summer Citrus. In December, Johnnie Walker unveiled its newest Whisky, Johnnie Blonde. The new offering delivers a “sweeter” take on the blended Scotch brand’s traditional flavor profile and is made for being consumed as part of long drinks.