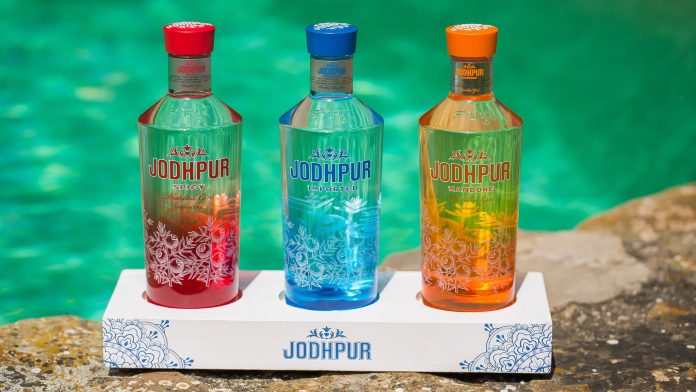 Beveland Distillers has partnered with Signature Selections, LLC to bring Jodhpur Gin to the US market. The premium gin brand is imported by Signature Selections and three expressions will be made available in the United States: Jodhpur London Dry Gin, Jodhpur Spicy and Jodhpur Mandore.

Produced in the oldest distillery in England, Jodhpur London Dry Gin is made from select grain alcohols and a carefully-chosen assortment of 13 botanical plants, including emblematic ones native from India, giving the gin a blend of bitter yet also fresh and sweet notes, a scent of spices and a delicious citrus fragrance. In keeping with the London Dry Gin production process, Jodhpur Gin undergoes four distillations, the last distillation with citrus mash added to the still, “thereby imbuing the spirit with character,” says the brand.

Jodhpur Spicy stands out as the first spicy gin on the market. Produced in the same way as Jodhpur Gin, it has a surprisingly warm, spicy taste, mainly due to its chili content. Botanicals include chili, green pepper, black pepper, white pepper, and cumin.

Jodhpur Mandore is the latest addition to the range. It begins with a base of the London Dry Gin, blended with macerations of native Indian citrus fruits such as bitter orange, calamansi or Buddha’s hand.

The entire range has been awarded with gold and silver medals in several competitions such as the San Francisco Spirits Competition and the International Wine and Spirit Competition.

In July, Beveland Distillers launched its first mezcal brand, called Planta Santa. Made in Oaxaca, Mexico, Planta Santa comes in joven, reposado, and añejo varieties. It is made using a mix of espadín agave and other grown and wild agaves.

In April, Beveland added Ron Relicario, a rum finished in vermouth casks, to its range. The offering from the Spanish brand follows the March release of Cuban Rum brand Doble 9.