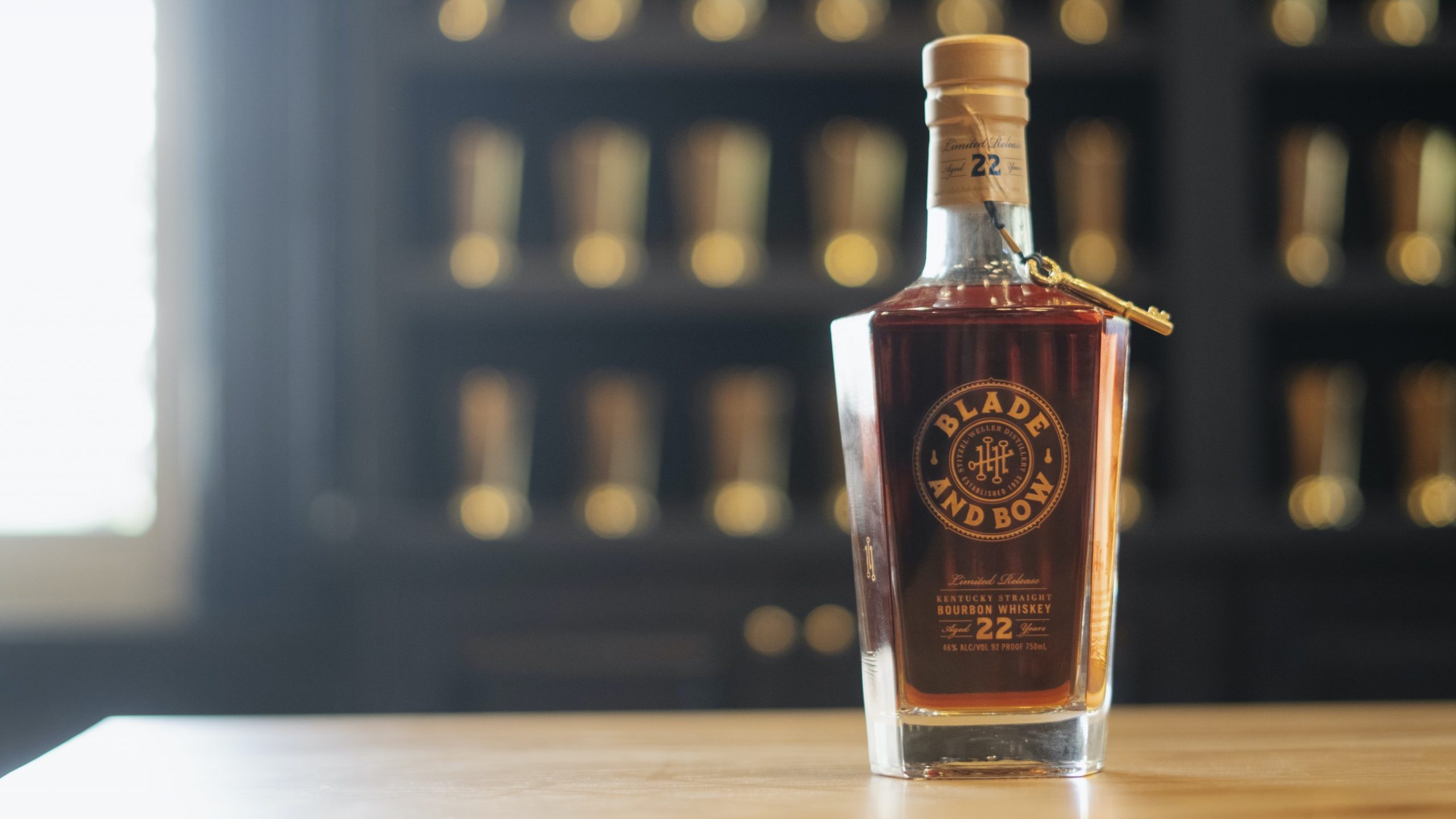 In celebration of the opening of the Stitzel-Weller Distillery 85 years ago, Blade and Bow has re-released its rare and limited 22-Year-Old Kentucky Straight Bourbon. The Whiskey is the latest release from the Shively, Kentucky distillery and will be available in 12 states as well as at Stitzel-Weller itself.

“We are honored to call the Stitzel-Weller Distillery home to Blade and Bow bourbons, and to play a part in preserving the careful craftsmanship and unique artistry that was established and perfected within these walls,” said Meghan Redler, Brand Manager for Blade and Bow. “Releasing Blade and Bow 22-Year-Old this year during Bourbon Heritage Month allows us to pay homage to this historic distillery with our finest liquid.”

The re-release of the Blade and Bow 22-Year-Old comes just in time for National Bourbon Heritage Month, which is celebrated throughout September. As the most recently aged and bottled bourbon at the Stitzel-Weller Distillery, which includes some of the last bourbon produced there before it closed in 1992, and inspired by the passion of its original creators, Blade and Bow’s 22-Year-Old Kentucky Straight Bourbon makes for the perfect bottle to commemorate the occasion.

“Beginning with a pronounced nose reminiscent of toasted oak layered with vanilla bean, figs and a light touch of dark caramel, this limited-release bourbon’s taste is accented with notes of torched sugar and apples baked in honey and spices,” said Doug Kragel, Lead Educator for Blade and Bow. “With the rich history of the Stitzel-Weller distillery palpable in every sip, Blade and Bow 22-Year-Old is truly the perfect nod to the days of bourbon past.”