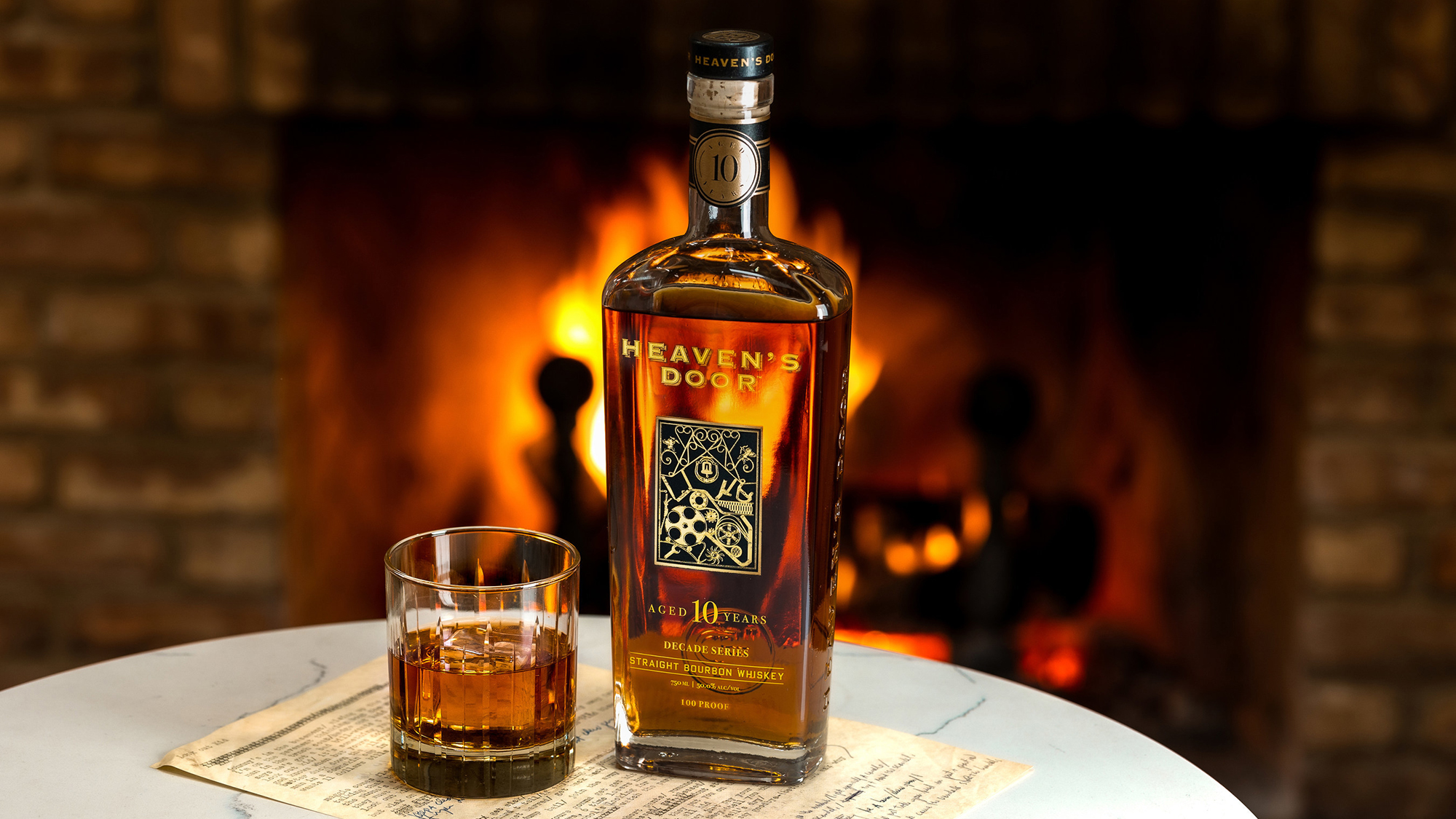 Bob Dylan’s American whiskey brand, Heaven’s Door Spirits, has announced the launch of its Decade Series. The first release in the limited-edition collection–which will feature whiskeys that are all 10 years of age or older–is a high-rye 10-year-old straight bourbon whiskey.

The Heaven’s Door Decade Series began over 10 years ago when the founders of Heaven’s Door hand-selected barrels from small producers across the country.

Bottled at 50% ABV, Decade Series Release #01 is a high-rye 10-year-old straight bourbon whiskey that highlights the nuances and flavors wrought from a decade of barrel aging. On the nose, expect maple, butterscotch, poached pear, and banana. The palate delivers sweet notes of toffee and bitter chocolate with a silky, leathery finish.

“We’ve been patiently waiting on our barrels of aged liquid to mature to the optimal flavor profile for many years, and we are thrilled to release them for our fans to enjoy. When we sourced these barrels from our industry partners years ago, the product was phenomenal, but we purposely let some of them sit for several additional years to get even better…” said Heaven’s Door Master Blender Ryan Perry. “Our first release is whiskey the world has not yet tasted. This Tennessee bourbon has a mash bill that’s non-traditional to all other whiskeys ever created from the state, with 22% rye and without charcoal mellowing. The distillation is much more reminiscent of what you would expect from a traditional Kentucky bourbon.”

Heaven’s Door recommends enjoying Decade Series Release #01 neat, on the rocks, or with a splash of water.

The limited-edition Decade Series Release #01 is priced at $99 per bottle and is now available at ReserveBar and select retailers nationwide.
For more information, head over to the brand’s official website.

Back in December, Heaven’s Door Spirits announced the release of its Bootleg Series Vol III.