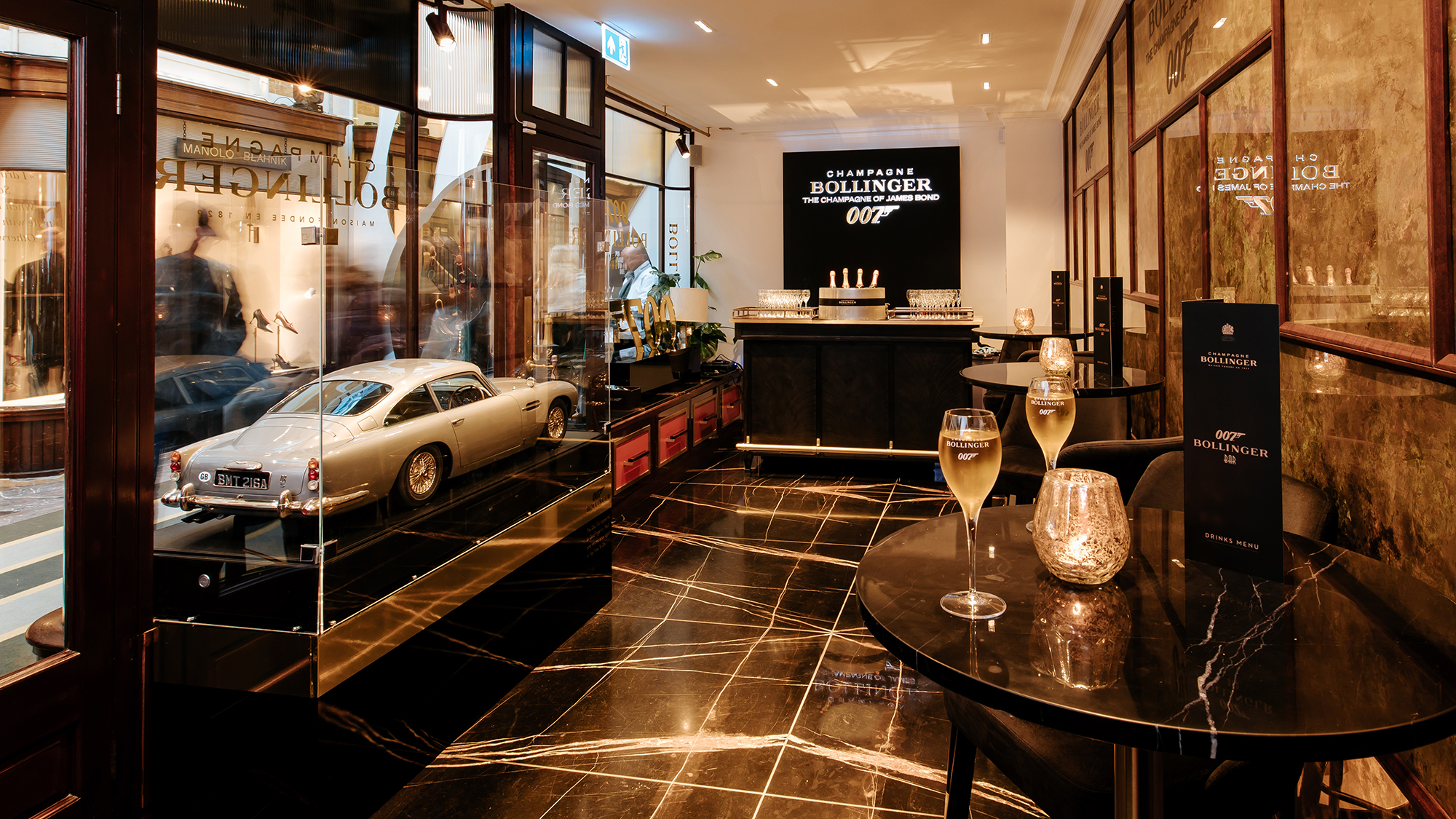 Champagne Bollinger has opened the Bollinger 007 Bar in London’s historic Burlington Arcade. The new Mayfair drinking stop has opened to coincide with the release of No Time To Die, the latest film in the iconic spy franchise.

The Bollinger 007 Bar will be the world’s first Bollinger 007 Champagne bar and the only standalone branded bar in London. The venue promises guests the “ultimate James Bond experience,” complete with a replica model Aston Martin DB5 that prominently features in the window alongside the Bollinger Moonraker limited edition produced to celebrate the 40th anniversary of the Champagne brand’s association with the franchise.

The boutique will showcase exclusive products such as The Bollinger 007 Limited Edition Millésimé 2011 – a vintage dedicated to 007 created by the House to mark the release of the upcoming film No Time To Die.  Bollinger has also produced a limited edition gift box bringing together Bollinger’s signature Special Cuvée with two other icons, the Aston Martin DB5 and Bond himself. The box features the silhouette of James Bond alongside his Aston Martin DB5, shot by celebrated photographer Greg Williams.

For more information, head over to Bollinger’s official website.

If you’re looking for a full Bond-inspired vacation, Royal Champagne Hotel & Spa in France has unveiled a new 007 suite, along with a “Feeling Like James Bond” package.

A Chic Natural Wine Bar Has Opened On Abbot Kinney In...