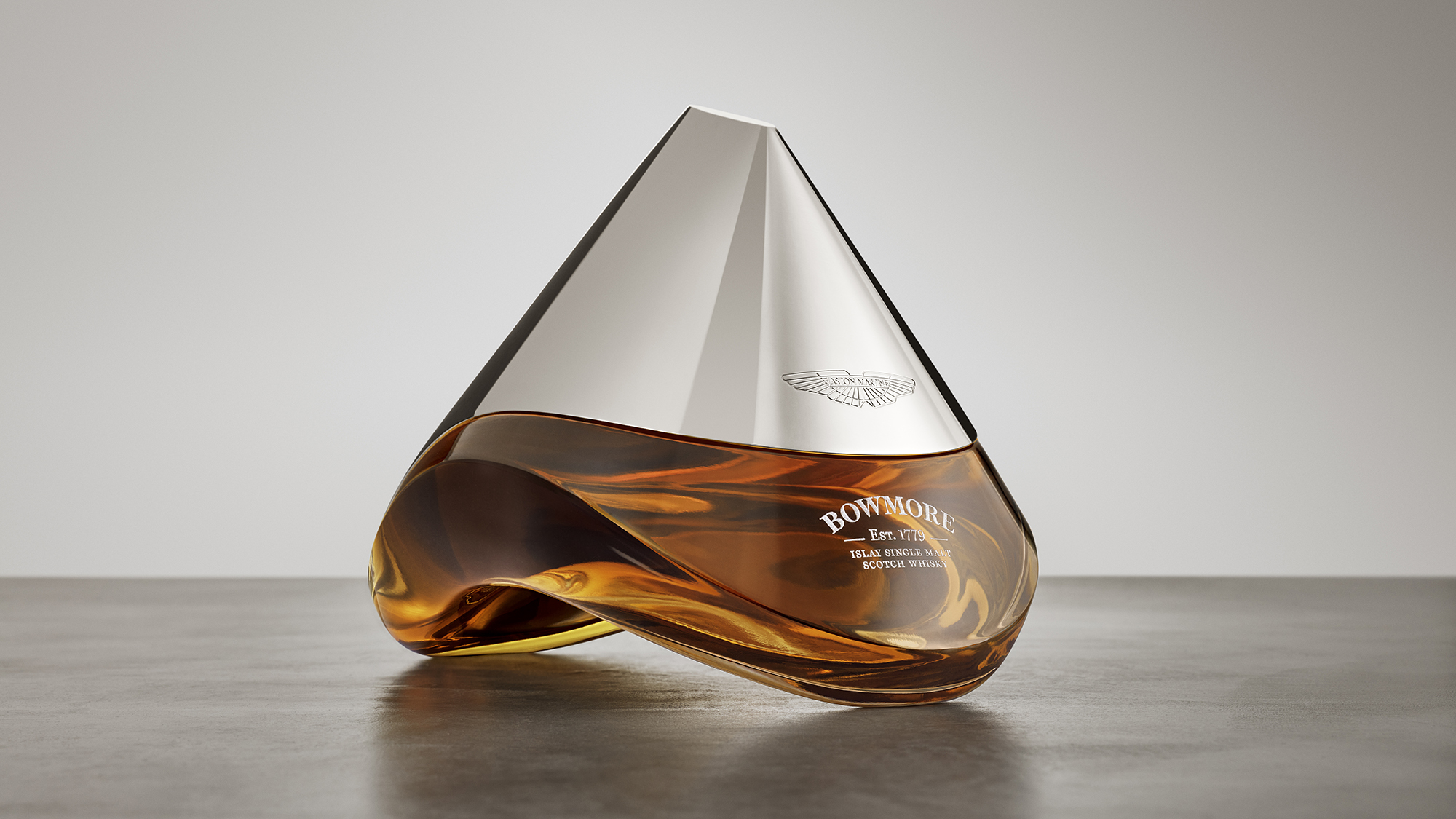 It’s been almost two years since Bowmore and Aston Martin launched their first collaborative whisky–the $66,000 Black Bowmore DB5 1964–and now the duo have returned with an even more luxurious offering, the Bowmore ARC-52. The new offering comes in at a somewhat staggering $75,000.

The oldest whisky released by the Islay distillery to date, the Bowmore ARC-52 has matured for 52 years in a marriage of two cask styles: 50% in American Oak Hogshead and 50% in a European Oak Butt.

“A Bowmore as exquisite and complex as this 52-year-old is testament to the skills of our distillery team and their commitment to optimizing the time spent in cask to create such an incredible spirit,” said James Neil, Bowmore’s Canadian Brand Ambassador. “With ARC-52 the complexity of this single malt is unquestionable and to achieve such perfect balance not only defines its physical form but unites beautifully in every drop of this stunning whisky.

Bowmore’s master blender Ron Welsh noted, “Working with Aston Martin remains hugely rewarding and fascinating for me. It continues to inspire and show us a different way of working, with absolute precision, and has allowed us to create what, in my opinion, is the best Bowmore over 50 years old that I’ve ever tasted.”

On the nose, the Scotch is creamy and fruity with notes of vanilla and custard cream alongside peach, pear, kumquat, mandarin, and a hint of guava with herbal notes of fresh mint and eucalyptus. The palate is sweet, fruity and citric with flavors of green grapes and peach melba, clementine, lime zest but also nutty notes of almond and hazelnuts, tobacco leaves with a slightly peaty ashy and buttery character.  The finish is herbal and medicinal with exotic fruits, praline and butterscotch notes.

While the whisky is certainly exciting, it’s the “futuristic vessel” it comes in that’s got a lot of people hot and bothered. Half Bowmore, half Aston Martin the bottle explores “the ideals of balance,” according to a press release, “capturing perfect stability combined with definitive intensity.” From the meticulously engineered bespoke magnetic key, which releases the aluminum top to the individually hand-blown glass, this is design on a different scale.

“ARC–52 sits at the apex of our partnership, truly showing the depth of what we can create collaboratively,” commented Marek Reichman, Chief Creative Officer, Aston Martin. “We set out to produce something which hasn’t been seen before, capturing our uncompromising design principles and also the magnificence of the whisky. I believe that what we have created is truly a piece of sculpture. Taking balance as the most important factor, as we do in designing Aston Martin cars, we’ve harnessed heritage and innovation in perfect balance. For me, there is just so much to discover with this whisky as it embodies so much hidden knowledge and even the colour looks like it’s been created by time.”

While that $75,000 price tag might sound a bit over the top, there is evidence that is in fact a bargain. When the Black Bowmore DB5 launched almost two years ago for $66,000, it seemed a little ludicrous, but just a few months later a bottle was auctioned off by Sotheby’s for $118,750. Today, you can find a bottle from a luxury London retailer for $260,000.

For more information, head over to Bowmore’s official website.

Bowmore and Aston Martin have also released other whiskies: a 21-year-old single malt whisky called Bowmore Masters’ Selection and the Designed by Aston Martin Collection, which is made up of 10, 15, And 18 Year Old whiskies.