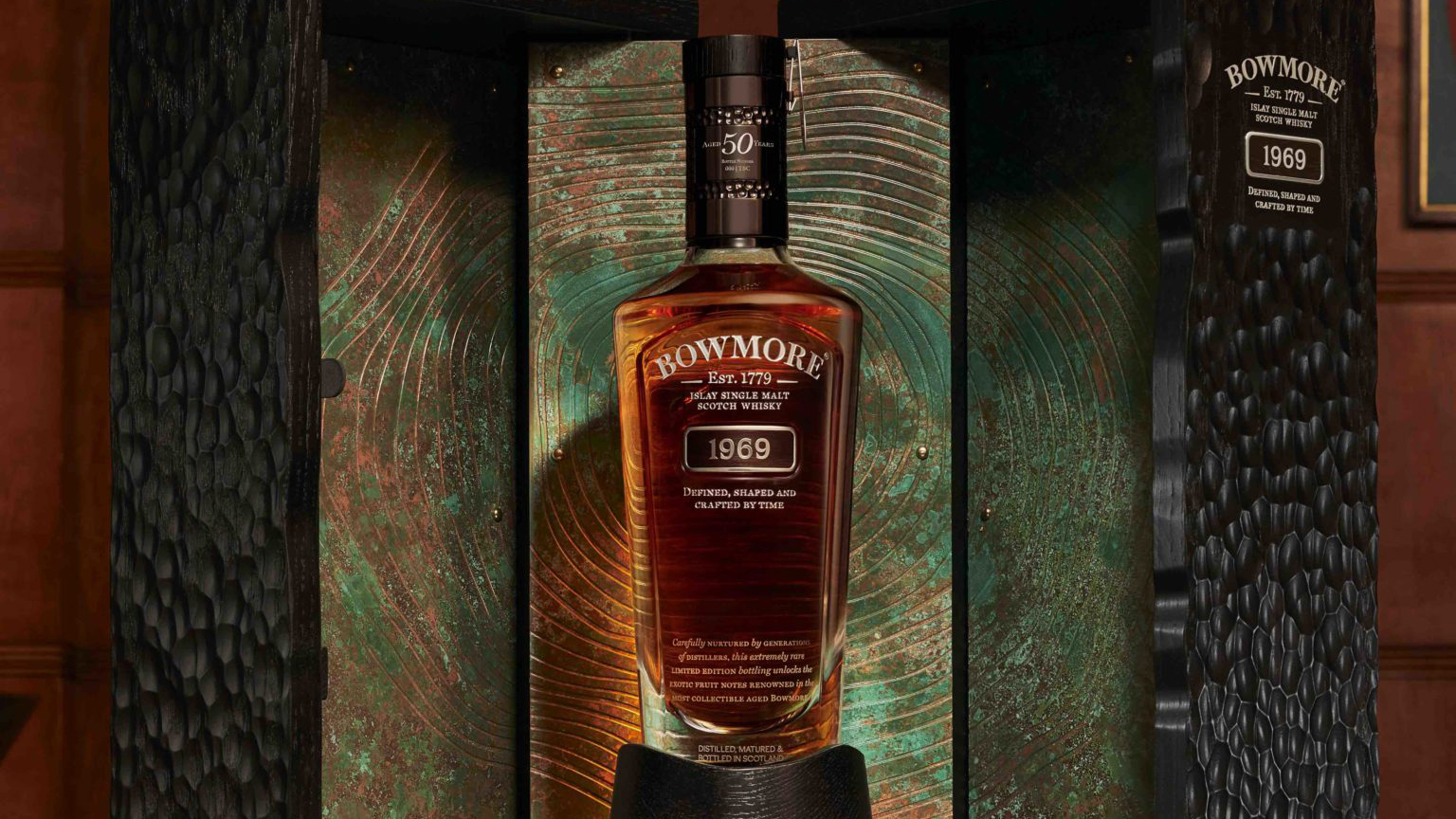 Bowmore has unveiled the final whisky in its Vaults Series, an ultra rare single malt from 1969 priced at $42,000 USD. The limited edition Scotch will be rolled out exclusively in global travel retail in the coming months.

Bowmore 1969 was matured in American oak ex-Bourbon barrels and hogsheads. On the nose, it offers notes of citrus fruits, honey, vanilla, and apple pie. The palate features almonds, lemon, crème caramel, coconut, and peat smoke on the palate.

“The 1960s are truly the defining decade for Bowmore distillery and rightfully these incredible whiskies have become amongst the most admired and revered single malts we’ve ever produced,” said David Turner, distillery manager. “The depth of character in this 50-year-old whisky is mind blowing and anyone lucky enough to try this will be tasting an exceptionally scarce part of the Bowmore legacy.”

The 50-year old bottling is now available to buy at London Heathrow Airport, and will debut in Amsterdam Schipol Airport, Frankfurt Airport, Istanbul Airport. and more in the months ahead.

In 2018, Bowmore debuted its 1965 release, limited to only 232 bottles. The 52-year-old whisky initially launched in Los Angeles International Airport, and will soon be available to purchase at the Hainan Sanya Downtown duty-free store soon.

“We’re delighted to launch Bowmore 1969 exclusively to global travel retail in the coming months so that travellers can experience the liquid gold firsthand. Paired with the Bowmore 1965, the bottles are perfect for collectors, drinkers and investors alike,” said Manuel González, marketing director of GTR for Beam Suntory, which owns Bowmore. “They showcase some of the rarest whiskies from the timeless Bowmore distillery and bring a totally new aged expression to the whisky portfolio. They will certainly tantalise both dedicated fans and curious customers to discover the outstanding whiskies.”

Last month, Bowmore unveiled the 1965 Precious Metals single malt Scotch. Just four bottles of the limited-edition whisky have been created and are priced at $50,000 each.