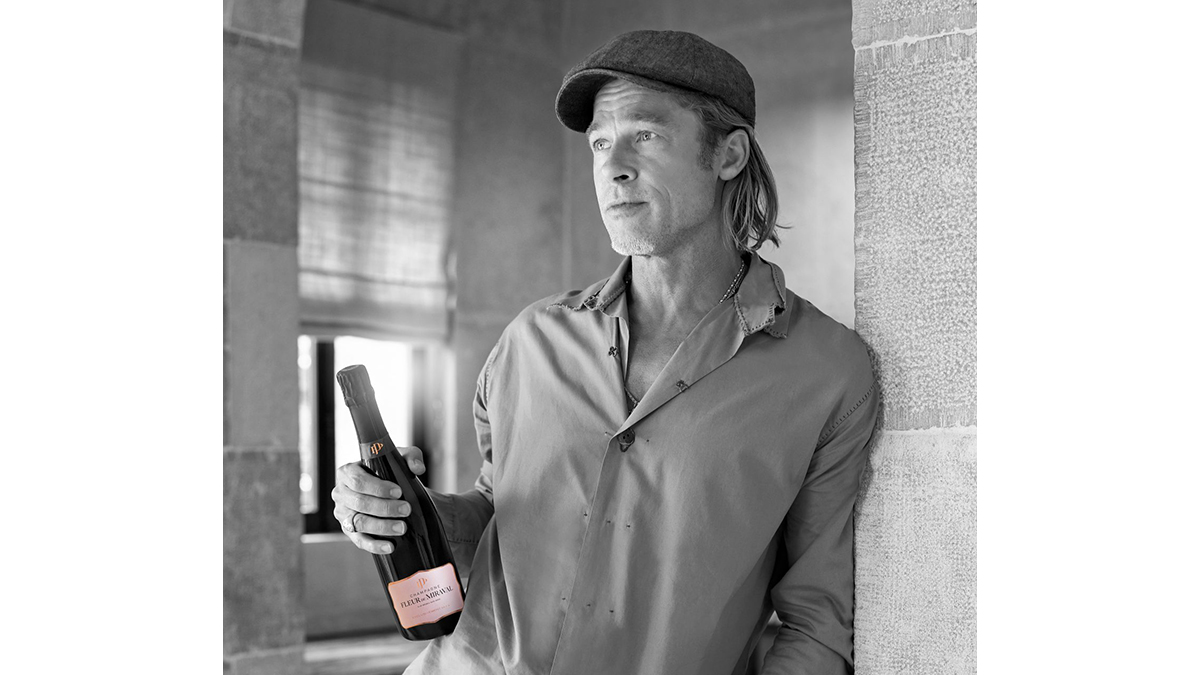 Brad Pitt and the Perrin and Peters families have announced the launch of the second Fleur de Miraval rosé Champagne, ER2. The new sparkling wine is expected to be priced at $400.

This second edition is made up of 75% of Chardonnays of different ages, and benefits from the richness of the 2012 vintage as well as the balance of the 2014 vintage that occupy a large place in the heart of the Champagne. The remaining 25% comes from young Pinot Noirs from the terroir of Vertus, which energize the delicate mineral, saline and iodized expression of the Chardonnay and heighten the wine’s aromatic expression.

“I was impressed last year with the success of our first edition, Fleur de Miraval ER1. With ER2, we pushed the limits even further, we created new extremes for quality,” said Brad Pitt. “Being the only Champagne house exclusively devoted to Rosé Champagne, each edition of Fleur de Miraval is a constant quest for beauty, a desire to create space for all possibilities.”

The news of the new release comes just weeks after Angelina Jolie sold her 50% share of Château Miraval to Tenute del Mondo – a subsidiary of the Stoli Group – for an undisclosed sum.

In July, it was first reported that Jolie had allegedly petitioned a judge to let her sell Château Miraval. According to a September report, Jolie allegedly tried to cut Pitt out of a deal involving the sale of Château Miraval in Provence. As reported by Page Six, the actress has been accused of trying to sell her 50% stake in the $164 million estate in southern France without giving Pitt the opportunity of buying her out.

Jolie and Brad Pitt purchased the Provence wine estate in 2008 and its Miraval rosé has become one of the world’s top wines.

For more information, head over to Miraval’s official website.