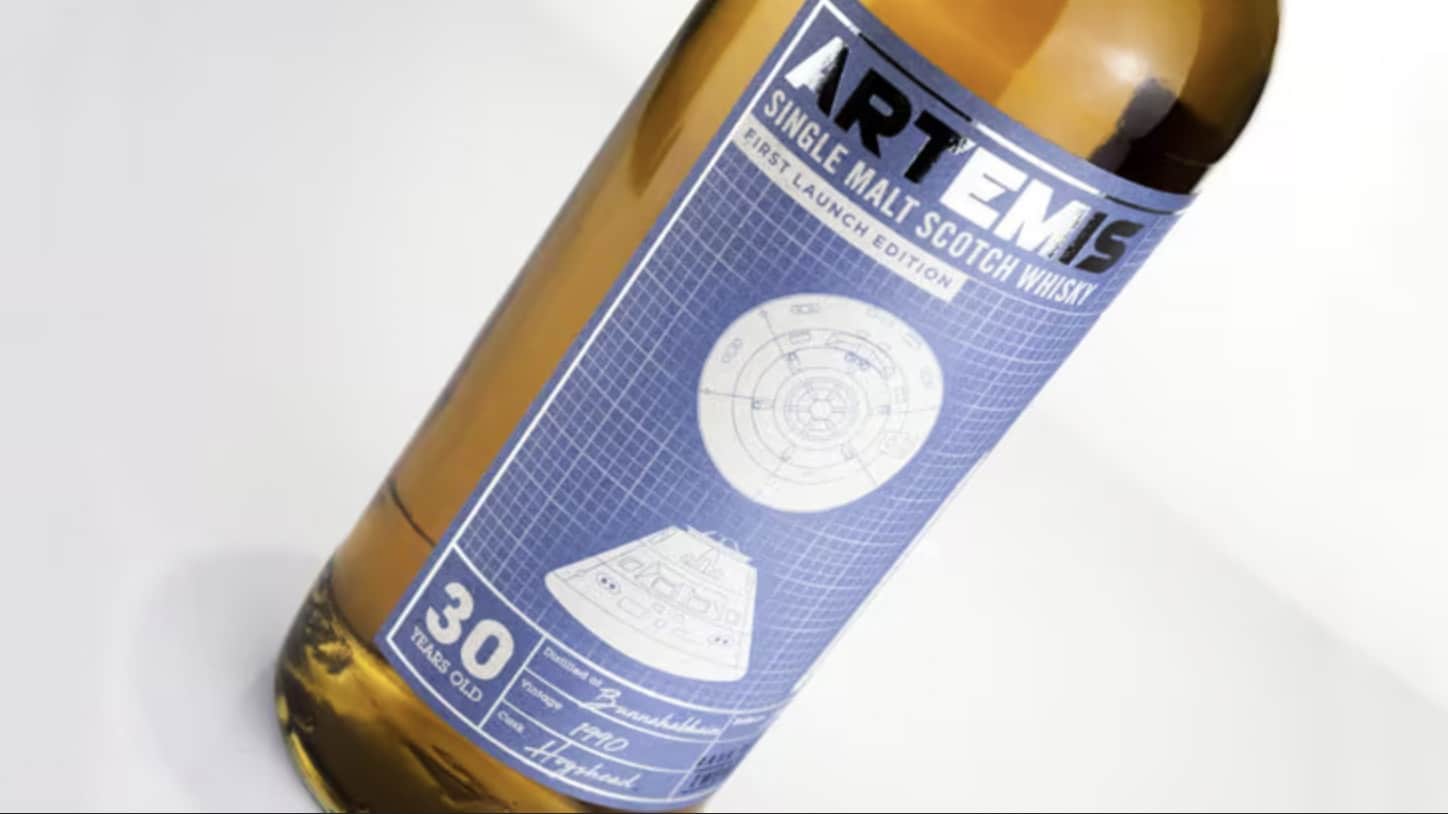 Over the next few years, NASA is prepared to return to the moon with the Artemis program. And to celebrate the (still delayed) launch of Artemis 1, The Whisky Barrel has launched a single cask from Islay to mark our return to the Moon: Bunnahabhain Artemis 30 Year Old 1990, 54.8% – The 1st Launch Edition.

“The Artemis program is the final result of a number of failed NASA projects going back to the early 2000s,” explained The Whisky Barrel. “To cut a long story very short, after years of political rankling and financial promises, the Artemis program was named in 2019 and the lengthy plans and development began to focus on a first launch plan. Artemis 1, an non crewed lunar orbit and return was (very early) scheduled for 2017 but successive delays saw late 2021 as a likley date. However, this was further delayed with February 2022, or even Summer 2022 now the likley launch date. However, in November 2021 the Orion spacecraft of Artemis 1 was stacked in October 2021. We await launch. As planning goes, this superb whisky has not fallen to quite the same level of delay so in full anticipation, and so you can have it in your hand when the day of launch arrives, The Whisky Barrel presents Bunnahabhain Artemis First Launch Edition , 30 Year Old 1990.”

The whisky is priced at €261.61 and can be purchase online via the brand’s official website.

For more information on the Artemis program, head over to NASA’s official website.