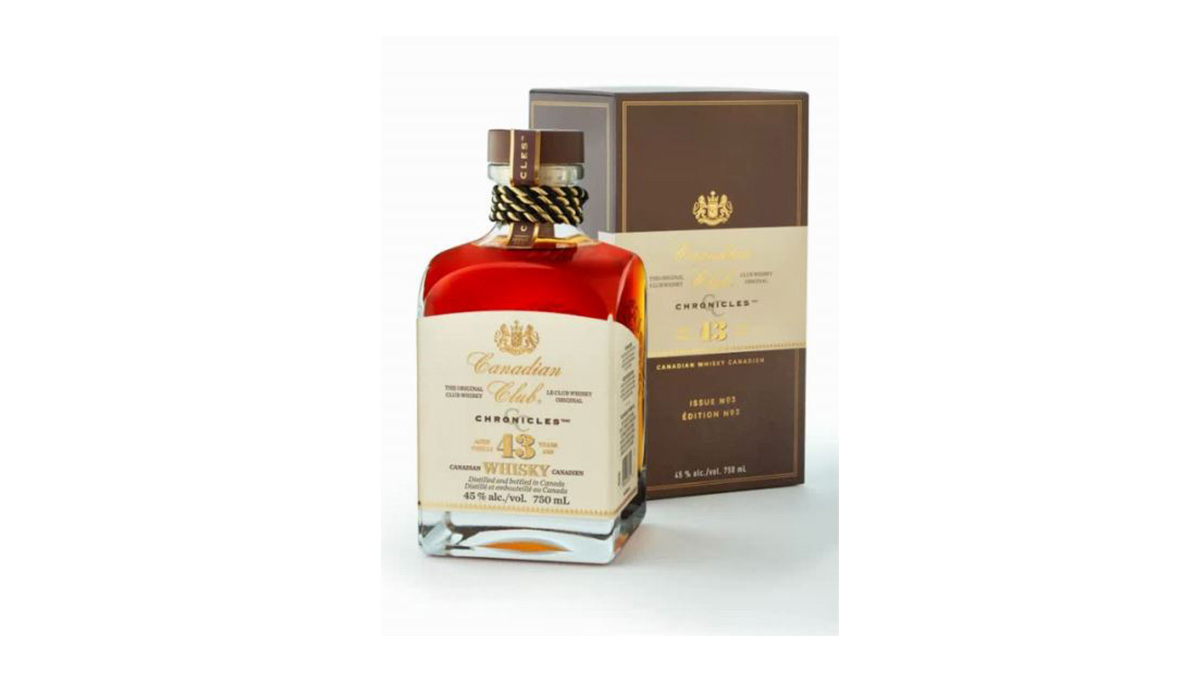 Canadian Club has unveiled Canada’s oldest aged Whisky, the Canadian Club 43 Year Old. The new limited-edition expression is the third edition of the Ontario-based distillery’s Chronicles Series and has been dubbed “The Speakeasy” as a tribute to the brandy’s legendary role during Prohibition.

Batched and barrelled in 1977, Canadian Club 43 Year Old boasts notes of oak and leather on the nose, while delivering nutmeg and dried fruit on the palate, with a lingering mouth feel. The spirit balances subtle spice and sweetness.

“It is just incredible,” says Canadian Club Brand Ambassador Tish Harcus. “When I tried Canadian Club 42 Year Old, I thought we couldn’t do any better, but then I tried this – it is absolutely stunning.”

Harkening back to its underground roots during Prohibition, Canadian Club 43 Year Old’s moniker, “The Speakeasy,” honors the Whisky brand’s role in supplying secretive speakeasies, including one such illicit watering hole in the distillery’s own basement. During this time, a notable sea captain, Bill McCoy, demanded that only Canadian Club Whisky be stocked in such clandestine bars, as he knew patrons could trust the high-quality liquid, hence the term, “the real McCoy.”

“Canadian Club is a leader in the whisky industry, always has been,” says Senior Brand Manager Deepti Gurkar. “We were evolving the brand and building a Canadian Club portfolio long before the rye whisky renaissance even started.  As a result, we get to offer consumers a showstopping, beautiful whisky, the Canadian Club 43 Year Old. It’s spectacular. It is the epitome of the Canadian Club brand and its dedication to perfection.”

Coming in at 45% ABV, the 43 Year Old spirit is set to hit shelves across Canada this autumn in very limited quantities for the price of $319.99 per 750 ml bottle. There has been no announcement about when (or if) Canada’s oldest aged Whisky will be coming to the United States.