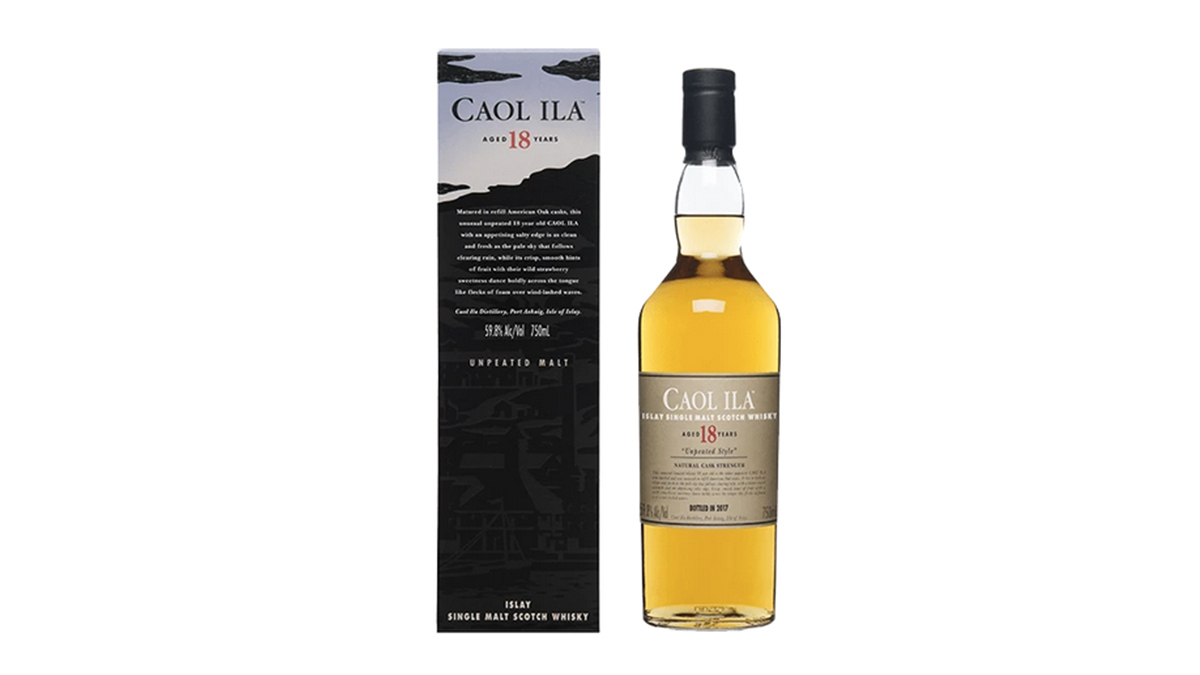 Caol Ila 18 Years Old is the middle child of the standard age specific Caol Ila range. Nonetheless, it’s clear that you have stepped into the Diageo-owned brand’s upper tier. Maturity and a developed sense of style are present throughout the 18 Years Old, which are more reflective of the wood in which they are aged than its younger sibling.

Coming in at 43% ABV, this single malt Scotch Whisky is matured in refill American oak hogshead casks. It’s a rich, fruitier offering than generally expected from Caol Ila. Smoke plays throughout its profile, beginning subtly on the nose and palate and then comes storming back through the finish.

The nose is like a smoky beach bonfire with some wet wool mingling with mineral oil. It has a firm, smooth, medium body with good acidity and sea salt. The finish linger and possesses a slight sourness along with charred notes.

Enjoy the Caol Ila 18 Years Old neat in a proper Whisky glass, no need for ice or drops of water here.

The distillery all produces a lighter Moch bottling, a 12 Years Old, a Distillers Edition, and a 25 Years Old, as well as a variety of other limited edition expressions.