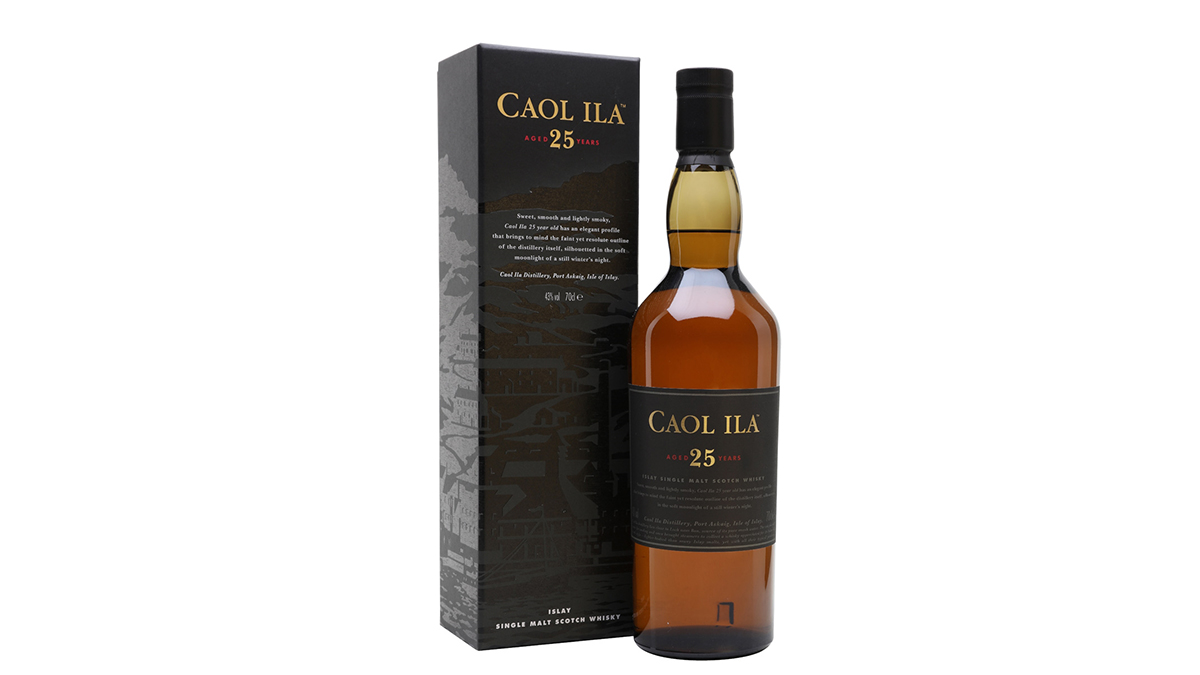 Made for long, slow evenings next to the fire, Caol Ila 25 Years Old flickers with maturity and contemplation. It is the oldest bottling of the standard range from the Diageo-owned distillery. Introduced in 2010 after several cask-strength editions, the bonfire still burns in this Islay Whisky, but it has been dimmed by time.

Bottled at 43%, like the rest of the brand’s standard range, a small amount of ex-Sherry European oak barrels were used to mature the Whisky. Obviously, it is made from 100% malted barley from a single distillery, and dried with peat.

On the nose, imbibers should expect fresh sea-air notes with hints of preserved fruit and a touch of spice. It’s medium bodied and the palate is immediately sweet and fruity with controlled smokiness and a touch of bitterness. The finish is long, sweetly drying, with more smoke coming through that leads to a pleasant aftertaste.

To fully appreciate the Caol Ila 25 Years Old, serve it neat in a nosing glass, so you can revel in its depth.

The distillery also produces a lighter Moch bottling, a 12 Years Old, a Distillers Edition, and an 18 Years Old, as well as a variety of other limited edition expressions.