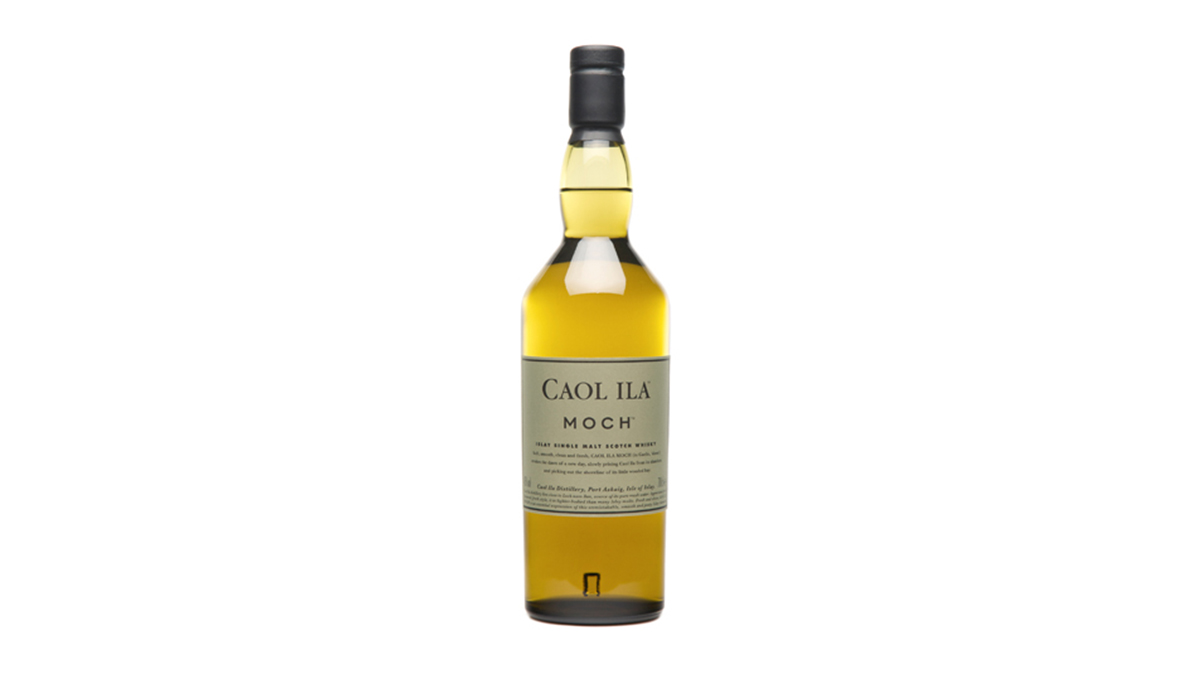 Caol Ila Moch is the first single malt Scotch Whisky from the Diageo-owned Islay distillery to be selected solely on the basis of its taste, rather than age, cask type, strength, or finish. In Gaelic, Moch means dawn, and the brand describes the tipple as being “like a splash of gold in the sky above Islay.”

Designed as a crisp, straightforward Whisky, Moch is made from 100% malted barley. There’s no age statement on the bottle, but word on the street is that it’s around seven to eight years old and it’s expected to have been aged in ex-Bourbon barrels. It’s lighter in style than the standard Caol Ila 12 Years Old and made for easy drinking.

On the nose, it is clean and fresh like wet, salty sand with some smoke. Possessing a medium body, the palate remains maritime and is lush with some sweetness with a nice texture. The finish is short and crispy, drying and warming with a slight bitterness and a lingering smoky aftertaste.

The distillery recommends enjoying Moch over ice or with a couple drops of water. Drinking it neat is always an option as well.

Pronounced “Cull Eela,” Caol Ila is Gaelic for the Sound of Islay, which separates the Island from Jura. It sits on the isle’s rugged eastern coast near Port Askaig, where it has been located since 1846. The distillery completely burned down in 1972, but was rebuilt and opened again in 1974. Currently owned by spirits giant Diago, it is the largest of the eight distilleries scattered across Islay.

The distillery all produces a 12 Years Old, a Distillers Edition, an 18 Years Old, and a 25 Years Old, as well as a variety of other limited edition expressions.