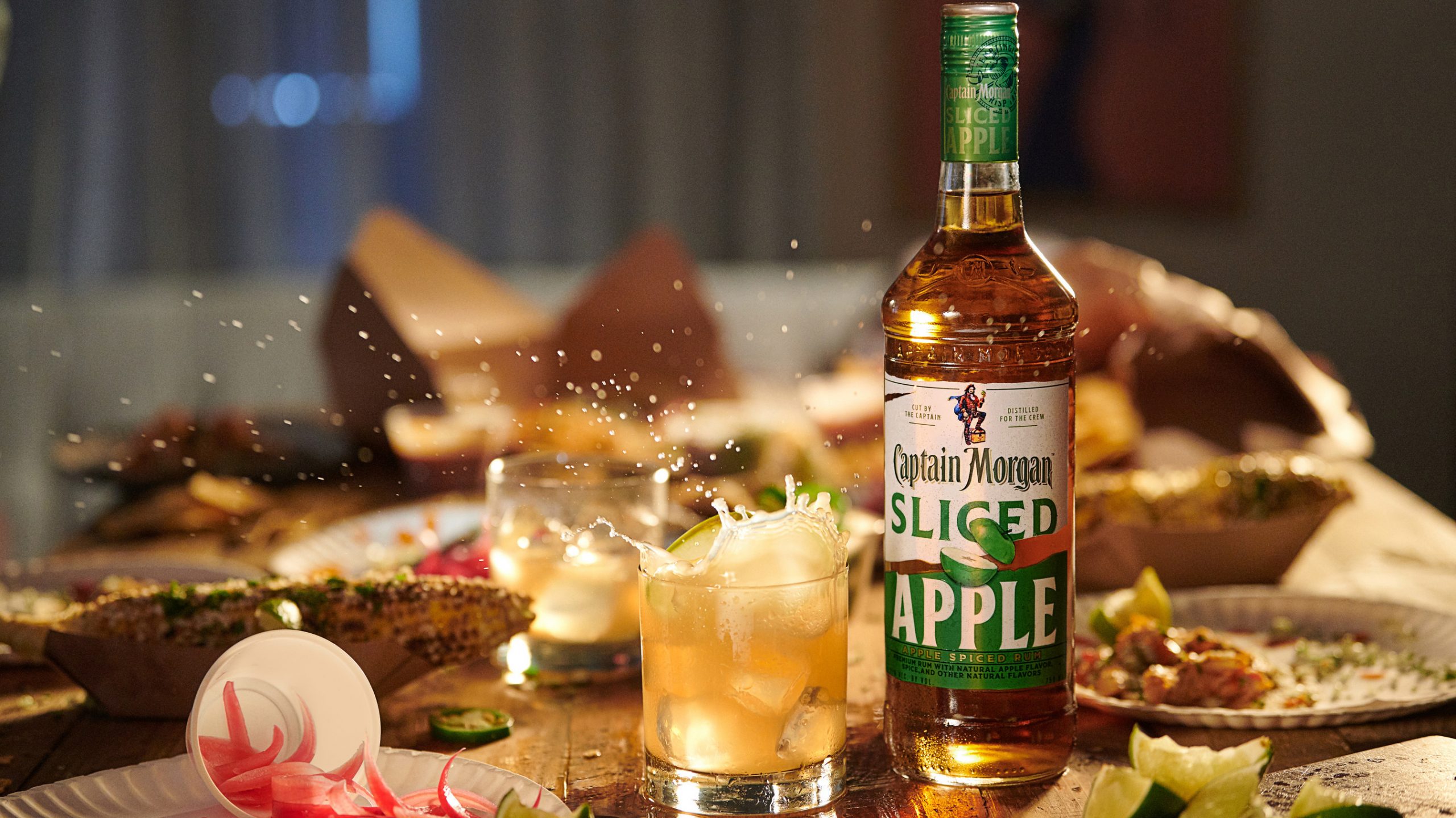 Captain Morgan Sliced Apple Spiced Rum is here to shake up the Rum category. There’s no doubt that everyone’s favorite tropical liquor has been on a hot streak of recent, but Rum is more than just a supper tipple. This new spirit from the Diageo-owned brand reimagines Rum’s place on the shelf by putting a twist on fall’s favorite fruit, delivering a delicious option no matter how you like to enjoy your drinks; neat, on the rocks, or in a cocktail.

To create the Rum, the brand took the flavor of its signature Original Spiced Rum, added a subtle hint of ginger, and fused it all together with the taste of fresh cut apples. The result is a crisp new expressions made for autumn.

“Captain Morgan has always been about uniting the crew and creating lasting memories,” said Sam Salameh, Vice President Captain Morgan. “These days, we all could benefit from a little more fun in our lives – there’s always more fun to be had with Captain Morgan, and the crisp, fall-inspired flavor of Captain Morgan Sliced Apple is the latest proof of just that.”

Sliced Apple can be served neat, on the rocks or as a chilled shot. And if you’re looking to spice things up, it can be used to add variety to some of your favorite signature cocktails like the Captain Morgan Apple Crisp:

The Rum can be found on shelves throughout the United States and Canada or online via Drizly. It is available in a 750 ml bottle with an ABV of 35%, and the suggested retail price is $15.99 USD.