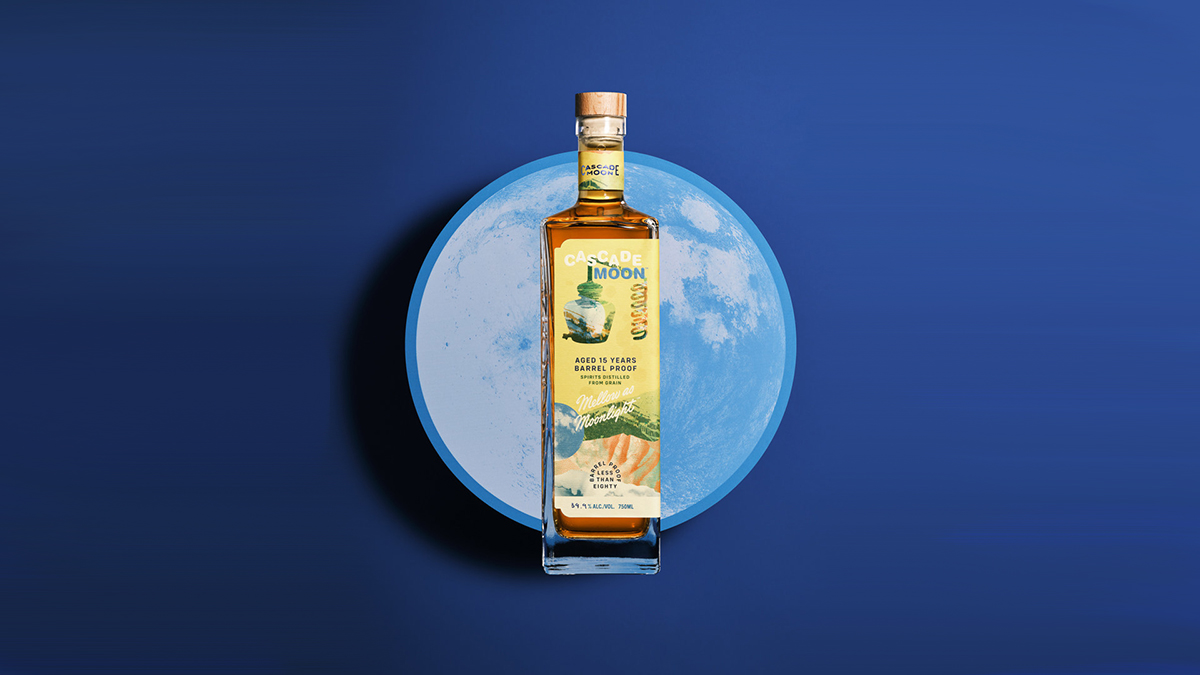 Cascade Hollow Distilling Co has unveiled its Cascade Moon 15 Year Old Barrel Proof, which can’t technically be defined as whiskey, but for all intents and purposes is whiskey. The new expression, crafted by General Manager and Distiller Nicole Austin, looks to challenge the perception that barrel proof offerings should have a high proof.

The new Cascade Moon expression entered the barrel at 115 proof, where it was aged for 15 years in Cascade Hollow’s single story rickhouses. As a result of the strange conditions experienced by the barrels, the proof of the offering dropped to 79.8, below the minimum standard to be classified as a whisky–which is 80 proof or 40% ABV.

Since the line’s inception in 2020, the mission of the Cascade Moon Series has been to further conversations around the American whisky category while bringing consumers a variety of beautiful and small-batch liquids. As a surprise twist on barrel proof, this Cascade Moon release offers drinkers a unique tasting experience by bringing a barrel proof spirit distilled by grain to consumers and providing an opportunity for more discussion around the relationship between proof and quality in the category.

“With each Cascade Moon release, I’ve had the chance to share a variety of different offerings based on my inspirations at the time,” said Austin. “One thing that drew me toward releasing something like Cascade Moon 15 Year Old Barrel Proof is how it perfectly demonstrates the balance of approachability and quality possible with a lower proof spirit. I hope this release helps change the way the category perceives lower proof spirits, while also providing whisky fans with access to an elegant spirit.”

The 15 Year Old Barrel Proof offers an aromatic and tropical nose, with a finish of leather and oak and can best be enjoyed neat or on the rocks.

Cascade Moon 15 Year Old Barrel Proof will be available in select markets and is priced at $124.99. For more information, head over to the brand’s official website.

George Dickel launched the Cascade Moon Whisky series in October 2020. That December it added Cascade Moon Edition No 2 to the range.