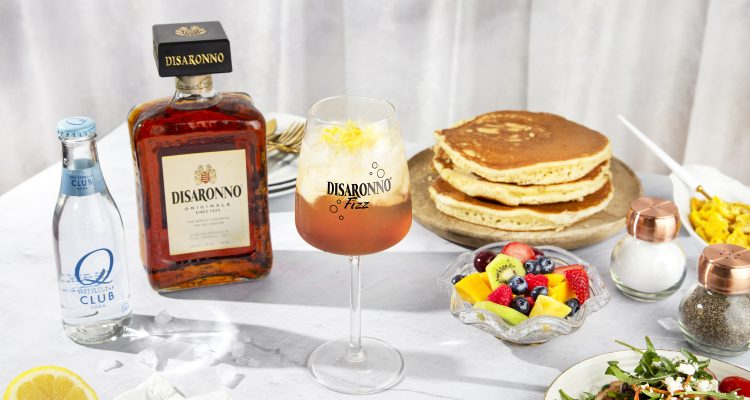 Today is April 19th, which means, it’s Disaronno Day! To celebrate the timeless taste, tradition, and unmistakable style of the amaretto, the Italian brand has unveiled a new low-ABV cocktail, Disaronno Fizz.

Created in Saronno, Italy, the Disaronno Fizz combines the elegance of Disaronno Originale with the refreshing taste of Q Mixers Club Soda. It’s an easy to make drink that brand believes is “our gateway to this Spring’s Endless Dolce Vita.”

The brand recommends trying the low-ABV cocktail at your next brunch, whether at home or at a restaurant. They recommend pairing it with avocado toast, ricotta pancakes with maple syrup, or bombolonis.

Priced at $27.99, Disaronno Originale is 100% natural with a sweet and fruity character, complemented by a warming sensation. Q Mixers Club Soda is a premium club soda with extra carbonation, allowing the cocktail to hold it’s fizziness longer. When combined, the Disaronno Fizz is a low-alcohol drink with a “distinct character, taste, and style,” says the brand.

Earlier this year, Disaronno teamed up with Jack Daniel’s to release Velvet Fire. The partnership is more specifically between Disaronno Velvet Liqueur and Jack Daniel’s Tennessee Fire. Recommended served chilled or consumed as a shot, the drink combines two parts of the Disaronno cream liqueur and one part of the Jack Daniel’s cinnamon flavored Whiskey.

The new release from the Italian liqueur brand and iconic Tennessee Whiskey label blends the creamy hints of toffee and apricot from Disaronno Velvet with the warming notes of cinnamon liqueur and unmistakable character of Jack Daniel’s Old No. 7 Tennessee Whiskey. It opens the door to where the Italian elegance of Amaretto meets the legendary world of American Whiskey, and is “ideal for any occasion.”