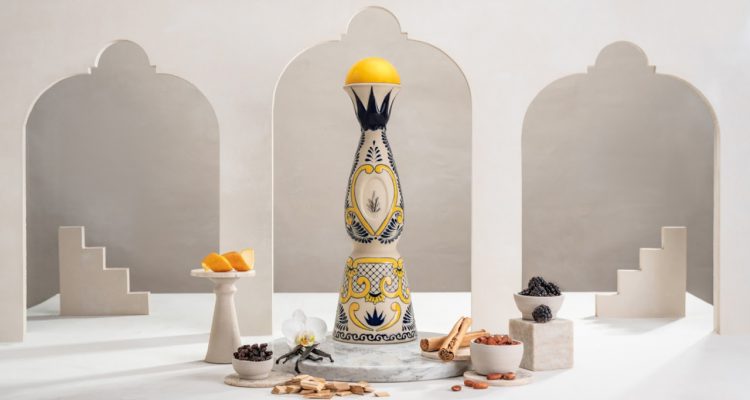 Clase Azul has introduced Puebla Limited Edition tequila. The new offering from the iconic agave spirits brand celebrates the cultural exchange between Mexico and France, that defined Mexico as a multicultural country.

To go along with the release, the brand has teamed up with experienced chiefs who created different combinations that invite drinkers to appreciate the flavors of Mexico, paying homage to the state of Puebla. The recommended recipes belong to the Mexican culinary tradition, but they can be easily prepared anywhere in the world. They include mussels in butter with cilantro sauce, mushroom crepes and aged cheese sauce, ‘Mil hojas’ of chocolate and fig leaves, and peanut pipian, beef picana, and serrano ham. Head over to the official webpage for complete recipes.

The tequila can be found exclusively at the Clase Azul Boutique Los Cabos.

In March, Clase Azul celebrated the state of Guerrero with the release of a new Mezcal. The new offering is the second mezcal released by the iconic brand, which is best known for its tequilas.

Clase Azul Mezcal Guerrero is made from 100 percent Agave Papalote, also known as Agave cupreata, which is specific to the Guerrero region of Mexico. The agave plant grows wild and completely natural in the mountainous region of Guerrero. It can take Papalote Agave up to 15 years to fully mature and only the finest agaves are cooked over the course of several days in a pit oven using volcanic rock and firewood from the Guamuchil tree, according to a statement from the brand.