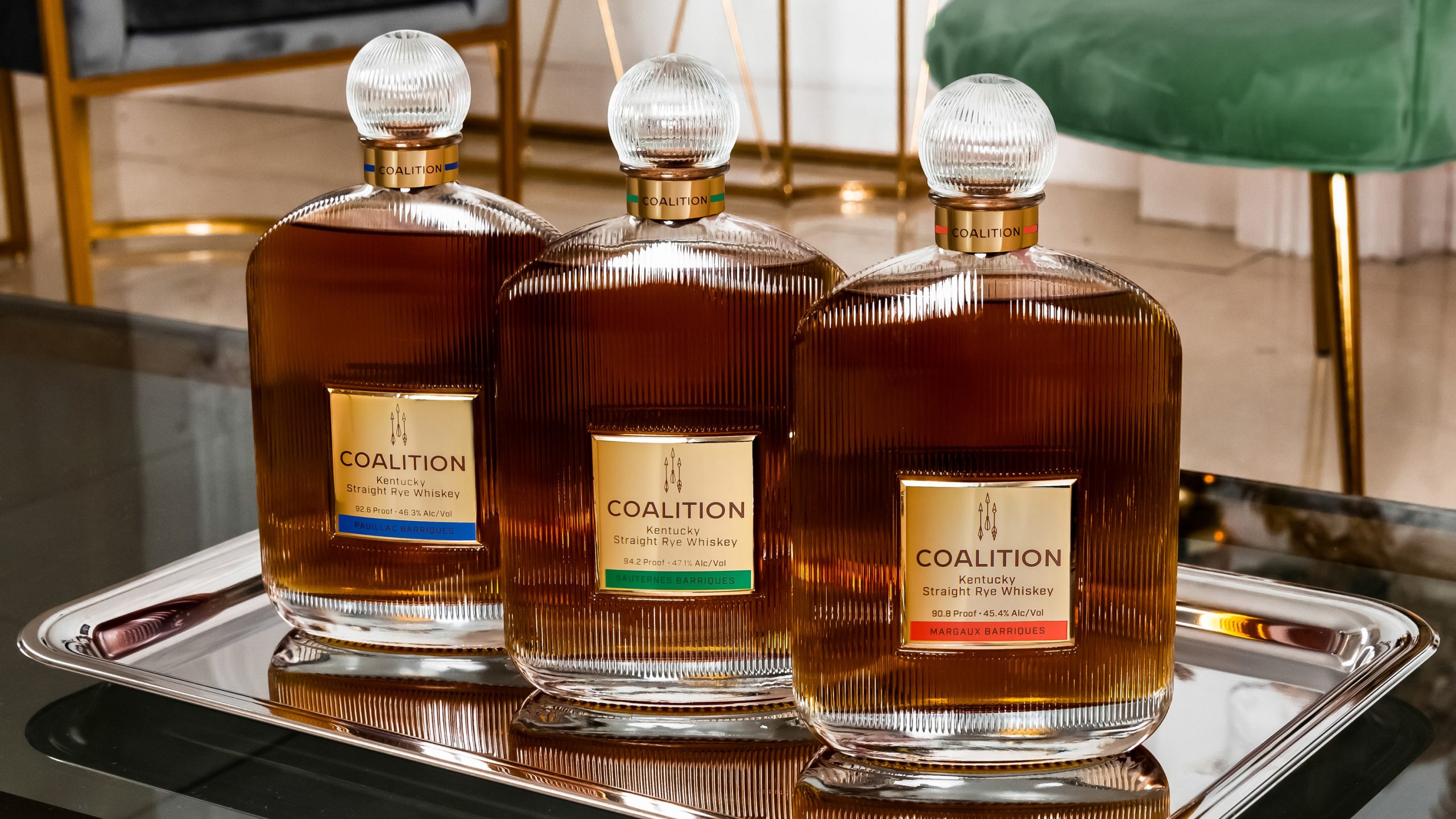 The 100% Rye Whiskey in Coalition Whiskey comes from Kentucky Artisan Distillery in Crestwood, KY. It is created utilizing time-honored, true handcrafting techniques, including zero automation and an all-copper pot still dating back to pre-Prohibition. The five-year-old Rye Whiskey is made with rye grain selected from just one mile away from the distillery.

“A 100% Rye Whiskey is a true rarity in the industry,” said Thompson. “While most rye whiskies use malted barley or added corn, Coalition Whiskey is made completely from rye. It’s a more expensive way to go, but there was truly no other way to create that truly deep, rich and spicy flavor we knew would be the ideal match for our velvety Bordeaux wine barrel finishing.”

“It took the inspection of nearly 150 barrels just to find the perfect 25 we are using to finish our Rye Whiskey,” said Vanneron. “You have to first start with the best, most voluptuous wines from the finest chateaus in all of France to get the best possible barrels for Coalition Whiskey. Following up to nine months of finishing, each barrel from the separate Bordeaux wine appellations enhances the whiskey in a different, intriguing way.”

“Our goal with Coalition Whiskey is to coax even more flavor out of our 100% Rye Whiskey,” said Yangarber. “A keen understanding of the science behind Rye Whiskey served as the foundation for this grand experiment. From there, we could use our deep wine knowledge to pick just the perfect Bordeaux wine barrels to gently enhance the handcrafted whiskey. This is a deep, rich Rye Whiskey like you have never before tasted.”

The original, base Rye Whiskey is also on offer at full barrel strength (108.8 proof), allowing for side-by-side sampling to clearly identify how each Bordeaux barrel enhances the base spirit.

All four Whiskeys come packaged in an Art Deco-inspired ridged glass bottle echoing the cut crystal decanters made famous during the 1920s. It is crowned with a glass domed closure and accentuated with 18k gold accents, providing a hint to the precious liquid contained within.