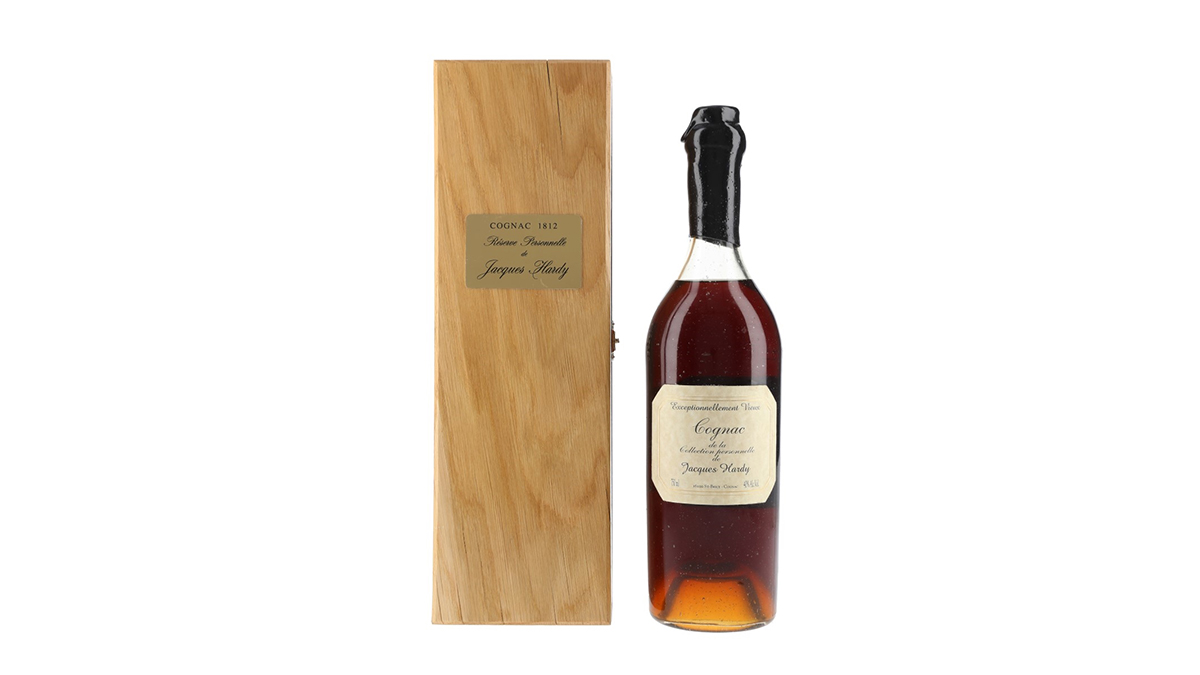 The five-bottle Jacques Hardy Cognac collection was sold during an auction on the Whisky.Auction website that began January 31 and ran until February 9. Whisky.Auction said the bottles are among the most expensive Cognacs in the world.

The oldest offering in the collection, the 1777 vintage, sold for $56,000. The bottle was given to Jacques’ uncle, James Hardy, on his wedding day by his in-laws, the Yvon family. The Cognac was distilled at Domaine de la Vie in the Grande Champagne area, and aged in an oak barrel for about 100 years. It was then moved into a demijohn and bottled in 1936.

The 1802 vintage, meanwhile, was made from Colombard and Folle Blanche grown in the Petite Champagne region. It sold for $19,870.

The 1812 vintage was made from Colombard and Folle Blanche grown in the Borderies area–which was also the same year Napoleon invaded Russia. It sold for $17,660.

The 1906 vintage is said to be Jacques’ favorite and was an eau-de-vie from a single cru, from a single vine grower and a single distiller. It sold for $6,485.

The 1914 vintage marked a memorable year for the original owner as his father fought in World War One. It sold for $6,760.

The Cognacs all come with certificates of authenticity penned by Hardy and were purchased by the current owner directly from Hardy in 2003.

“This extraordinary collection of antique Cognacs is one of the most astonishing finds we’ve ever come across and I am delighted with the results these rare historical spirits received at auction,” said Isabel Graham-Yooll, auction director at Whisky.Auction. “The joy of such old spirits is that they are a window into the past and a chance to experience historic events firsthand. Well-sealed spirits remain intact indefinitely so they really are a liquid time capsule.”

In addition, a bottle from the same collection offered by a different seller, an 1856 vintage Cognac, sold for $17,660.