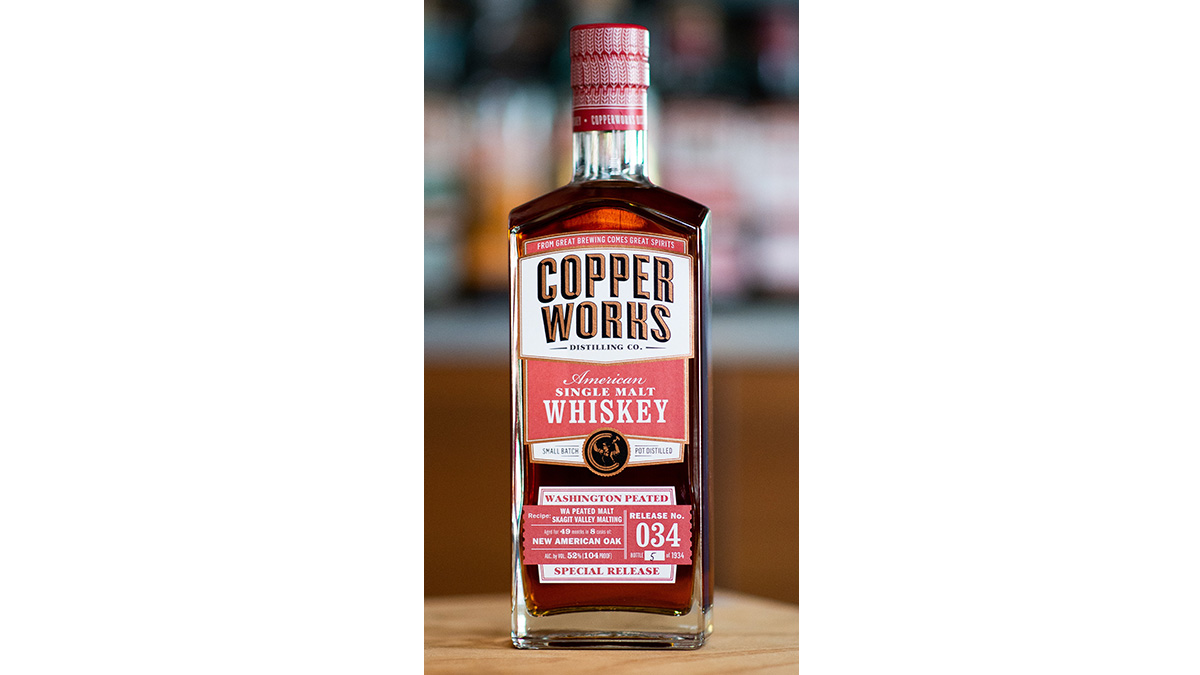 The Copperworks Washington Peated Single Malt Whiskey is the brand’s first release that utilize peat, while it’s Release  34 of the company’s American Single Malt Whiskey. The peat was sourced from the only peat bog in Washington that can be commercially harvested and was used to add a smoky flavor to the Washington-grown barley malted by Skagit Valley Malting. The malt is the first peated malted barley produced entirely from ingredients sourced in Washington State.

The offering comes from eight casks of whiskey that were brewed and distilled from 100% of the Copeland variety of barley grown in Washington’s Skagit Valley and smoked during the malting process with Washington peat. Each cask of Whiskey was matured for just over four years in lightly charred (char #1) new American Oak casks.

“We’re excited to release a peated whiskey that features the unique peat flavors from our home state of Washington,” said Jason Parker, Co-Founder and President of Copperworks. “The smoky flavors in this Copperworks whiskey release are more subtle than what you’ll typically find in Scotch malt whiskey as we worked to balance flavors of the Washington peat with the flavors of the Washington-grown barley and new Oak American casks.”

The flavors of Washington-sourced peat are different than Scottish peat because the decomposed plant matter in Washington is different than plant matter in Scotland. “Using Washington-sourced peat gives our whiskey flavors of roasted almonds, toast, hickory, and a slightly briny earthiness in contrast to the notes of iodine, creosote, and seaweed that is often found in Scottish peated single malt,” said Parker.

Bottled at 52% ABV, the Whiskey is currently available via the company’s online store or at the distillery on the Seattle waterfront for $76.49. The release will eventually be available in select bars, restaurants, and liquor retailers in Washington State.