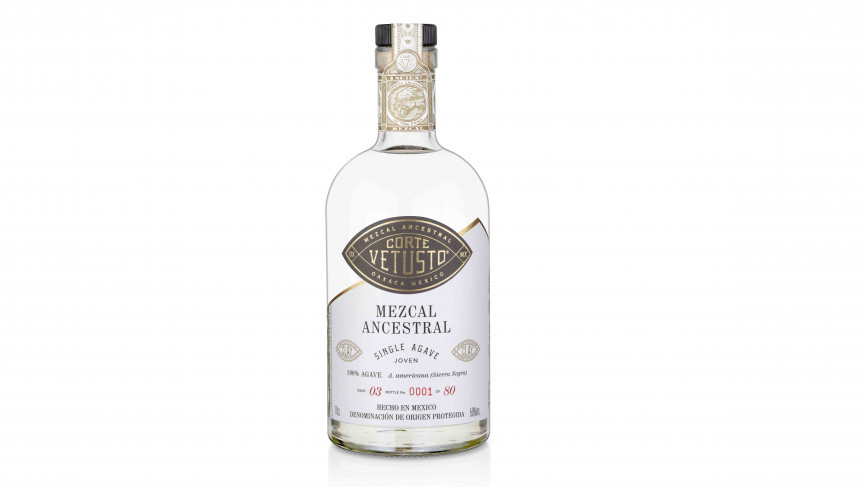 The Mezcal is produced using traditional methods, including hand-mashing the agave hearts in a wooden canoa with wooden mallets and then leaving them to ferment naturally in open-topped wooden vats.

The spirit is distilled in wood-fired clay pots, as all ancestral Mezcals are. According to the brand, it contains notes of black pepper spice, green peppers, grapefruit and green mango with some wood smoke.

Just 80 bottles of Corte Vetusto Ancestral Mezcal have been produced and are exclusively available from Harrods for the price of £250 ($333 USD).

At the 2020 International Wine & Spirits Competition, the Corte Vetusto Tobala was named one of the four best Mezcal’s in the world. It received a score of 95/100, and was described as, “A sensory overload of herbs, freshly cut grass, spice and clay pots entice the nose with expressive abandon. Rich creamy vanilla washes over the palate before melting into an enduring and gorgeous zesty finish.”

Mezcal has seen a massive spike in popularity over the last several years and over the last couple months several new brands have popped up. Earlier this week, Casa Don Ramon launched a Joven Mezcal. The new offering from the iconic Tequila brand is described as a “transcendent expression of this category,” according to a release.

In October, The Lost Explorer Mezcal joined the agave spirits game with the release of three expressions: Espadin, Tobala, and Salmiana. Earlier in the month, Nate Brown teamed up with a variety of industry figures to launch Rosaluna Mezcal. The new agave spirit from the Santiago Matatlan-based brand is on shelves in New York, Southern California, and Massachusetts.