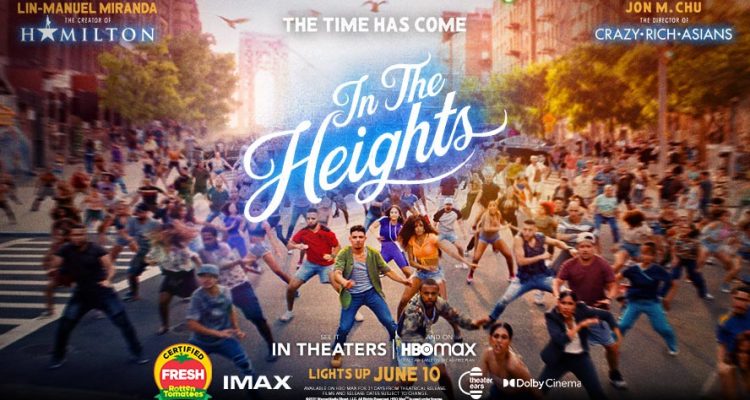 Crown Royal is bringing a LIVE Generosity Hour program to Washington Heights – where consumers 21+ can come together to toast and have a cocktail in the name of generosity. Built on the unwavering belief that ‘it’s not about what you have, but about what you give,’ Crown Royal is celebrating hospitality and small business workers who have always served the Washington Heights community, kicking off at this summer’s Tribeca Festival.

Together with long standing partner and “In the Heights” star Anthony Ramos, Crown Royal is launching the brand’s LIVE Generosity Hour campaign, starting June 9th at the Official “In the Heights” after party following the film’s world premiere at the Tribeca Festival. Last fall, Crown Royal teamed up with Ramos and Ari Lennox to recreate the famed Sly and the Family Stone song, “If You Want Me to Stay.” For every stream of the track, Crown Royal donated funds to Main Street Alliance, helping small businesses including venues across America. Streams from the song and video raised $1.5 million in relief funds.

In celebration of the “In the Heights” film premiere and after party, Crown Royal will be showing up at local Washington Heights bars and restaurants with up to ten additional Generosity Hours, two of which will feature live performances by Ari Lennox and Masego. Attendees can eat, drink and enjoy live music all in the name of generosity.

“In the Heights is a film that celebrates the resilience and vibrance of the Washington Heights community,” said Nicky Heckles, Vice President of Crown Royal. “Crown Royal is on a mission to inspire and enable communities to give back to the people and places who serve them. We’re thrilled to be able to use our sponsorship of the In the Heights movie after party for good, supporting Washington Heights hospitality workers.”

At the after party, there will be different ways to unlock a donation to the Washington Heights Business Improvement District, which provides donations to associations and nonprofits that give back to hospitality workers in the Washington Heights area. For every person in attendance at the after party, Crown Royal will donate $20. Once inside, guests will be giving back all night long to those in the hospitality industry whether it’s by taking a picture in the photo booth or ordering from the food truck at the event – with each additional act unlocking another $1 donation.

Additionally, throughout the two weeks of the Tribeca Festival (June 9 -20), for every qualifying photo of a cocktail uploaded from a Crown Royal Generosity Hour event using #GenerosityHourDonation and every qualifying comment during the live stream of the musical performances from Crown Royal Generosity Hour events using #GenerosityHourDonation, Crown Royal will donate an additional $1 to the organization. Collectively, Crown Royal will donate up to $100,000 to the Washington Heights Business Improvement District with the donation being used to provide direct financial relief to hospitality and small business workers adversely affected by COVID-19/Coronavirus.

﻿”I’m so excited to continue my partnership with Crown Royal to support such a special neighborhood, Washington Heights, one that I used to live in,” said Anthony Ramos. “Our hope is to bring awareness to the rising gentrification of communities like this, inspiring people to give back to the amazing hospitality workers and employees of small business owners who have always served Washington Heights. We toast to you!”

For more information, check out the Crown Royal official website.

In March, Crown Royal launched its own line of ready-to-drink canned cocktails. The new RTD offerings are designed as three classic, signature serves, all offering “the quality and deliciousness of a great cocktail,” says the brand. “There is something for everyone of legal drinking age, no matter the occasion.”