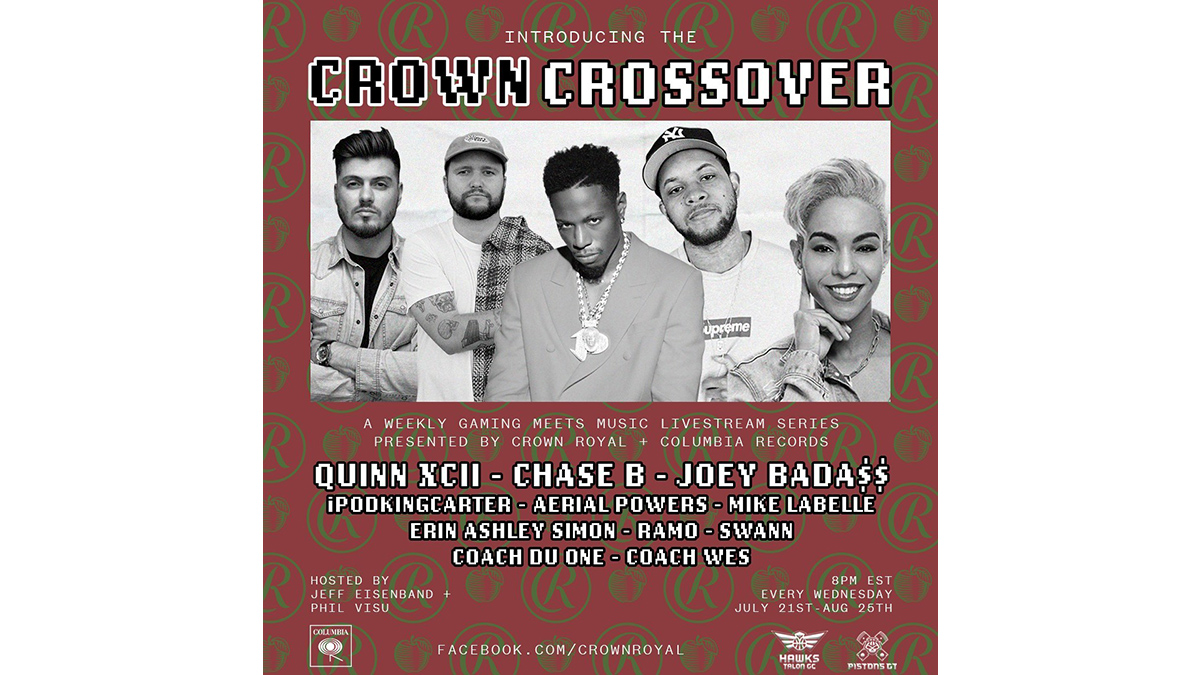 During the weekly livestream series, a Columbia Records artist, two NBA 2K League players from the Detroit Pistons GT or Hawks Talon Gaming, and gamer will discuss their latest projects and basketball, engaging with 21+ fans, and enjoying a Crown Royal cocktail responsibly. The first two episodes featured Columbia artist Quinn XCII, and fans will be able to watch the final four episodes with Joey Bada$$ and Chase B every Wednesday this month.

In addition to the Columbia Records partnership, Crown Royal has inked team deals with two official NBA 2K League affiliates, the Hawks Talon Gaming and Detroit Pistons GT. As part of these deals, Crown Royal will be working with each team to engage with fans at this exciting connection of gaming and esports.

“Our partnership with Columbia Records, the Pistons GT and Hawks Talon for The Crown Crossover livestream is another way for us to take our passion and love for the game of basketball and bring it directly to our fans,” said Nicky Heckles, Vice President of Crown Royal. “This weekly experience brings some of the league’s brightest stars, professional gamers and musicians together in a way we can’t help but be excited about.”

In total, there will be six episodes through the end of August and hosts include Jeff Eisenband and Phil Visu.

“Being able to bring together music and gaming culture into one program with our partners at Crown Royal is an authentic match,” said Hannah Satzke, Brand Partnerships Columbia Records. “We are excited to launch this series with Crown Royal and our incredible group of talent.”

In March, Crown Royal launched its own line of ready-to-drink canned cocktails. The new RTD offerings are designed as three classic, signature serves, all offering “the quality and deliciousness of a great cocktail,” says the brand.