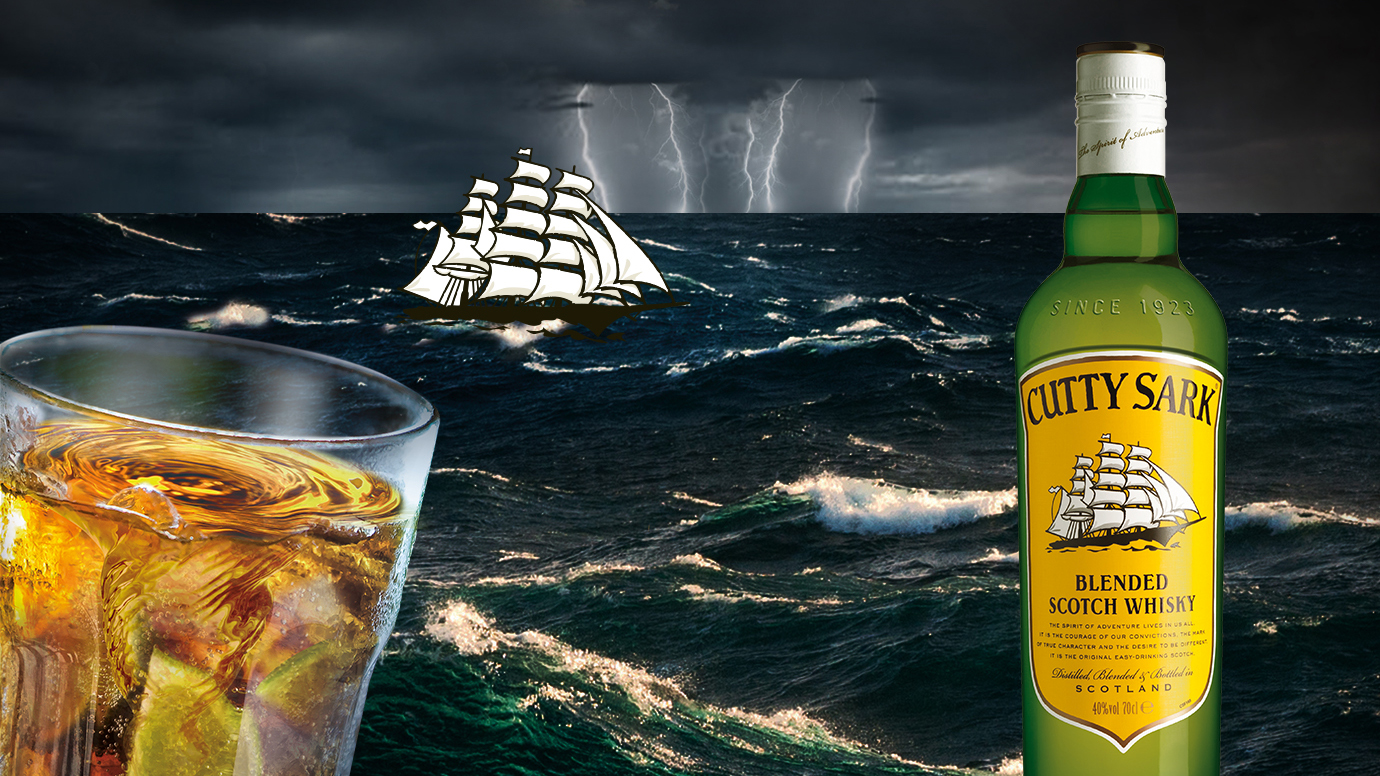 Cutty Sark has launched a new global ad campaign, The Spirit of Adventure. It is the blended Whisky brand’s first set of advertisements since French drinks group La Martiniquaise-Bardinet purchased it from Edrington in November 2018.

The Cutty Sark The Spirit of Adventure campaign looks to “recruit the next generation of Scotch drinkers.” It encourages consumers to follow their dreams and looks to anchor the brand in its maritime heritage.

“This campaign celebrates the spirit of adventure,” explained Nadège Perrot, global whisky manager at La Martiniquaise. “The idea is to re-iconise Cutty Sark and anchor the brand to its legitimate maritime heritage.”

Cutty Sark is named after the British clipper ship of the same name, which is featured on the bottle. The new ad features the sailing vessel with its three masts as it sails across a rough sea to the beat of epic music.

The campaign places a strong emphasis on digital, and will also feature adventure-based local activations and sponsorships.

In other Whisky advertising campaign news, a couple weeks ago Laphroaig unveiled a new ad titled, “You’ll Always Remember your First Laphroaig”, as part of its Opinions Welcome campaign. The new film from the Beam Suntory-owned Islay distillery shows individuals tasting the Scotch Whisky for the first time.

At the end of October, Buchanan’s Blended Scotch Whisky and J Balvin launched the ‘Life is Better Shared’ marketing campaign to kick off the holiday season by spreading the spirit of togetherness. Whether over an intimate glass of Whisky or a shared meal with friends and family, the Diageo-owned brand looks to remind people of what’s most important– the energy, community and greatness evoked when we enjoy each other’s company.