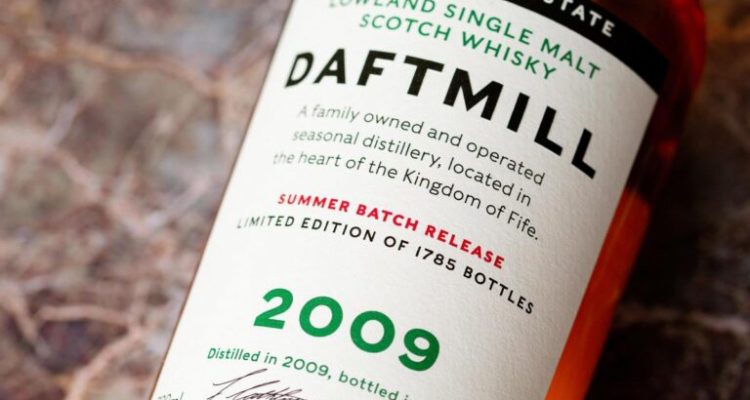 Daftmill has unveiled its Summer Release 2009 whisky. The new offering from the Fife-based distillery follows the release of the 2009 Single Cask.

Limited to just 1,785 bottles, this Summer Release from Daftmill was distilled in 2009 and is the first combination of sherry and bourbon casks from the Lowland distillery. Comprising one first fill Oloroso butt and three first fill ex-bourbon casks, this expression was bottled in 2020 at a strength of 46% ABV.

In order to have a chance to purchase one of the bottles, Daftmill is running a ballot. The ballot closes at midnight on Sunday April 11. If you are successful, you’ll be emailed on Monday, April 12th and you will then have one week to complete your purchase. If you have not completed your order by Monday 19th April the bottle will be offered to another ballot entrant. To enter, head over to the ballot website.

What makes Daftmill unique is the traditional nature of the production schedule – it is a true farm distillery. All the barley used for production is farmed by Francis Cuthbert on the estate (only one other distillery in Scotland, Ballindalloch Distillery, uses 100% single estate barley and this won’t be released for at least six years). The whisky is all distilled by Francis in the farm off-season; two months in summer and two month in winter – this is a very traditional way of running a distillery that hasn’t been seen in Scotland since the 1800s.

For more information on Daftmill, check out their official website.