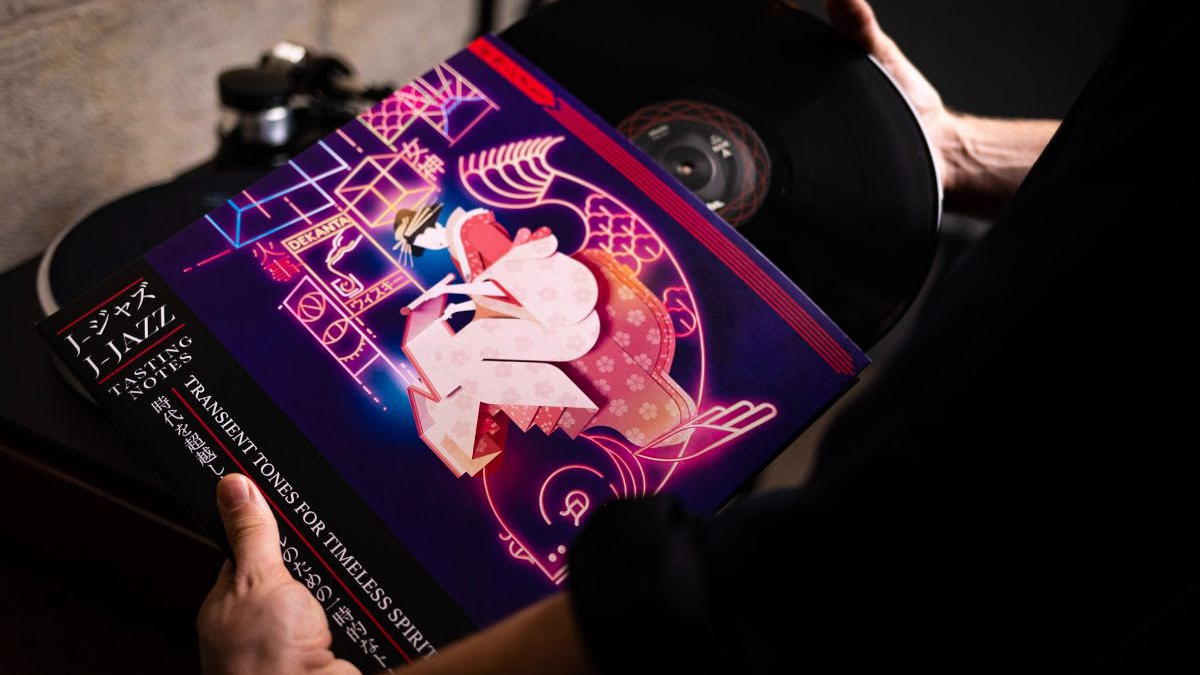 Produced in association with independent record label BBE Music, this new LP from dekantā – an award-winning independent bottler of Japanese whisky – features nine vintage Japanese Jazz tracks from legends of the industry, including previously unreleased tracks, each paired with a classic expression of Japanese whisky, creating a unique sensory experience.

Compiled exclusively for dekantā by Tony Higgins and Mike Peden, both long-time collectors of Japanese jazz, ‘Transient Tones For Timeless Spirits – A dekantā LP’ seeks to present the very best in modern jazz from Japan, including limited releases adored by fans of the genre, and rare recordings that were nearly lost to history, lovingly remastered at Grammy nominated London studio The Carvery.

From the post-war modern jazz scene in Japan emerged some of the most dynamic and influential recordings in the genre’s history. This was a world before a commitment to digital, when the culture grew through the recording of intimate sessions and some of the most historic performances were pressed to vinyl only in tiny numbers. Among the artists featured are truly seminal figures in the J Jazz scene, including Kohsuke Mine and Takashi Miyasaka; among some of the finest players in jazz history, such as Takeo Moriyama, Aki Takase, and the combined power of J Jazz supertrio Isao Suzuki, Masahiko Togasgu and Hideo Ichikawa.

Created by contemporary illustrator and animator, Edu Fuentes, the album cover is a reimagining of Kitagawa Utamaro’s ‘Kinko Riding Catfish’, originally a woodblock print; here Kinko rides through the city of Tokyo at night, muted shades turning fluorescent, spotlighting the vibrancy of modern Japan and the culture of J Jazz.

This limited edition collection features nine 5cl miniatures of Japanese whiskies from the country’s most highly regarded producers, including Yamazaki 12, Taketsuru 17 Year Old, Hibiki 17 Year Old and other award-winning and recognisable expressions. Each whisky has been selected to complement the Japanese Jazz track it has been matched with. Only 300 boxes have been produced.

“This album was created out of a desire to find the truly collectible pieces of J Jazz history to match the scarce produce of Japan’s acclaimed whisky producers,” said dekantā Founder and Director Makiyo Masa. “A true showcase of the genius musicianship and stunning compositions that form the identity of this imitable era of jazz history, this album, and accompanying whiskies, will take your mind, nose and palate on a journey that you’ll remember for a lifetime.”

This release arrives at a time when demand for the category has been demonstrably high. In a recent survey (February 2021) of more than 1,600 randomly sampled individuals, conducted by dekantā, nearly two thirds of surveyed drinkers reported spending more on Japanese whisky in 2020 than the previous year. Furthermore, in April this year, the major producers of Japanese whisky agreed to move towards a new standard for labelling, with the aim of protecting the interests of consumers and creating a fairer market for Japanese whisky.

‘Transient Tones For Timeless Spirits – A dekantā LP’ is priced at $399.99 USD and is currently available from dekantā’s official website.