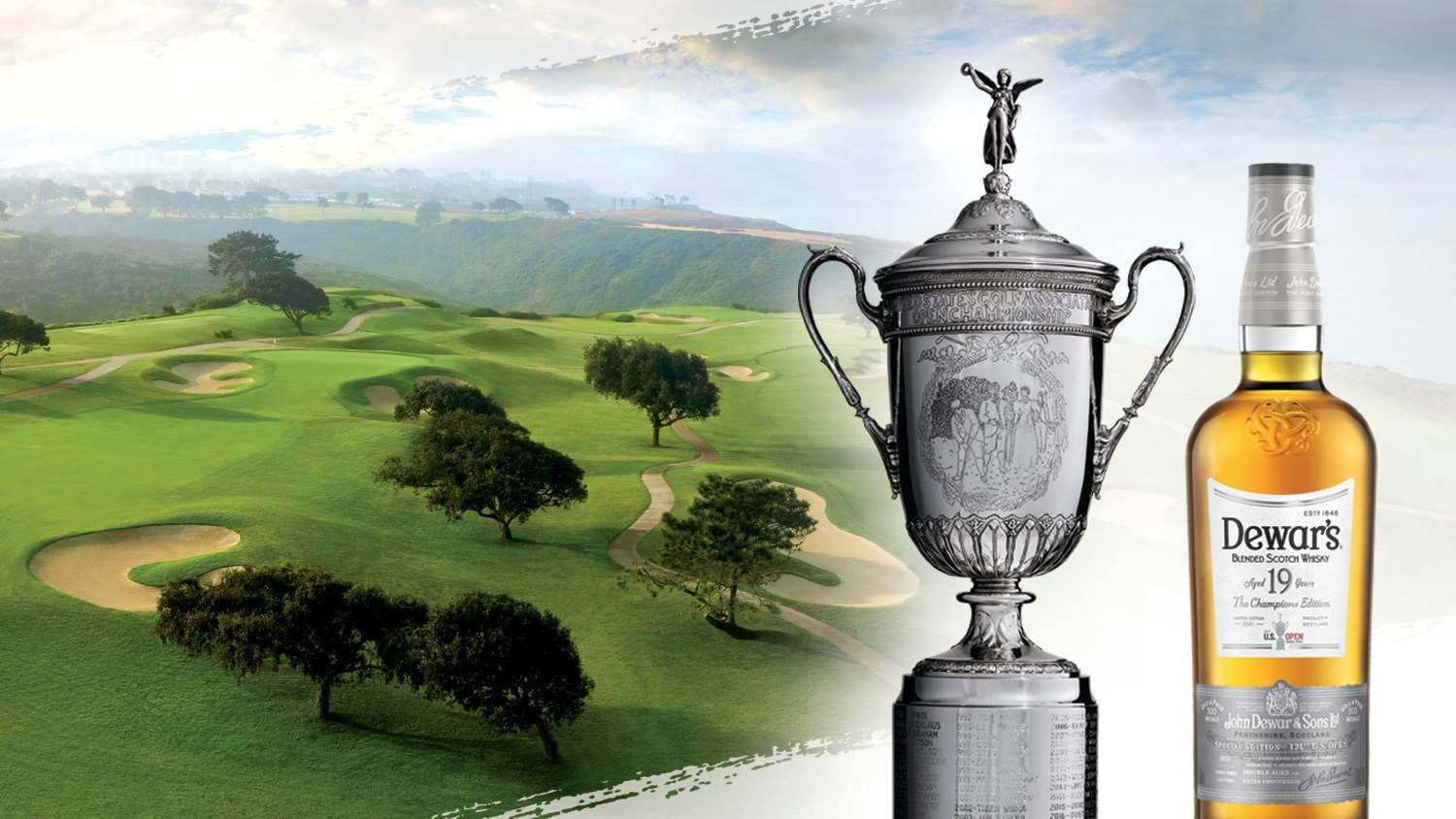 Dewar’s has launched The Champions Edition, a 19-year-old whisky, to celebrate the start of the 2021 US Open golf tournament. In March, the Bacardi-owned brand signed a multi-year partnership with the US Golf Association (USGA) making it the official blended Scotch of the US Open Championship.

To celebrate the start of the US Open next week, Dewar’s has released The Champions Edition, a 19-year-old bottling finished in American ex-bourbon casks. Master blender Stephanie Macleod created the expression, which blends double-aged grain and single malt whiskies. The resulting liquid offers notes of honey, toffee, vanilla and ripe cherries.

“Designed for golf and whisky aficionados alike, this first-of-its-kind blend is inspired by our exciting partnership with the US Open, as well as our sporting legacy and commitment to supporting ‘champions’ in all endeavours,” said Brian Cox, vice-president of Dewar’s North America.

The whisky comes in a silver bottle design to reflect the US Open trophy, and part of the proceeds from the sale of each bottle will be given to the USGA Foundation. As part of the multi-year partnership, Dewar’s will release annual limited edition products to mark the US Open until 2023.

The 121st US Open Championship is due to be held from June 14 through 20, 2021 at Torrey Pines Golf Course in San Diego, California.

Dewar’s The Champions Edition is currently available from select US wine and spirit retailers or online on ReserveBar for $79.99 per 750ml bottle.

In November, Dewar’s debuted its latest marketing campaign, Stay Curious. The new advertisements encourage consumers to seek out new, memorable experiences across cultures. It was launched in North America with 15 and 30 second ads.