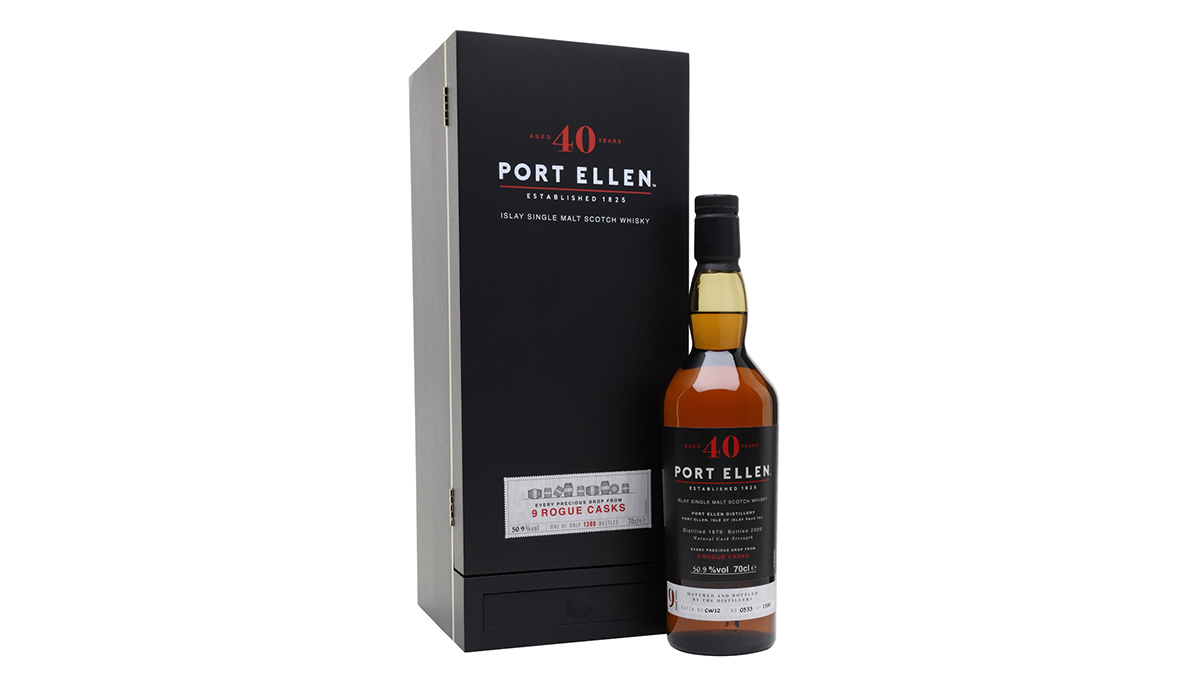 Despite closing in 1983, Port Ellen remains one of the most beloved Scotch brands on the planet. Back in January, current owners Diageo announced plans to reopen the Islay-based distillery back in 2017 and in January of this year it was finally announced that Port Ellen would be reopening in 2021. In celebration of the coming reopening, Diageo is releasing the Port Ellen 40 Year Old.

The Port Ellen 40 Year Old is the second limited edition Whisky in the Port Ellen Untold Stories series and was created out of nine ‘rogue’ casks. It was unveiled at the first virtual edition of the Fèis Ìle festival, where future Port Ellen master distiller Georgie Crawford led an online whisky tasting.

Like the previous release in the Untold Stories Series (the Port Ellen 39 Year Old), this is one of the oldest Port Ellen whiskies to make its way to shelves. Only 1,380 bottles of the 40-year-old single malt will be made available globally, and will be priced at £6,500 (US$8,017) per 700ml. The whisky has been bottled at cask strength, 50.9% ABV.

Diageo will donate 20 signed bottles, including the 40-year-old Port Ellen and bottles from Islay distilleries Lagavulin and Caol Ila, to the Islay Fèis Ìle Committee. The 20 bottles are valued at a combined £10,000, which will go towards supporting fundraising activities to support Islay-based charities and community groups.