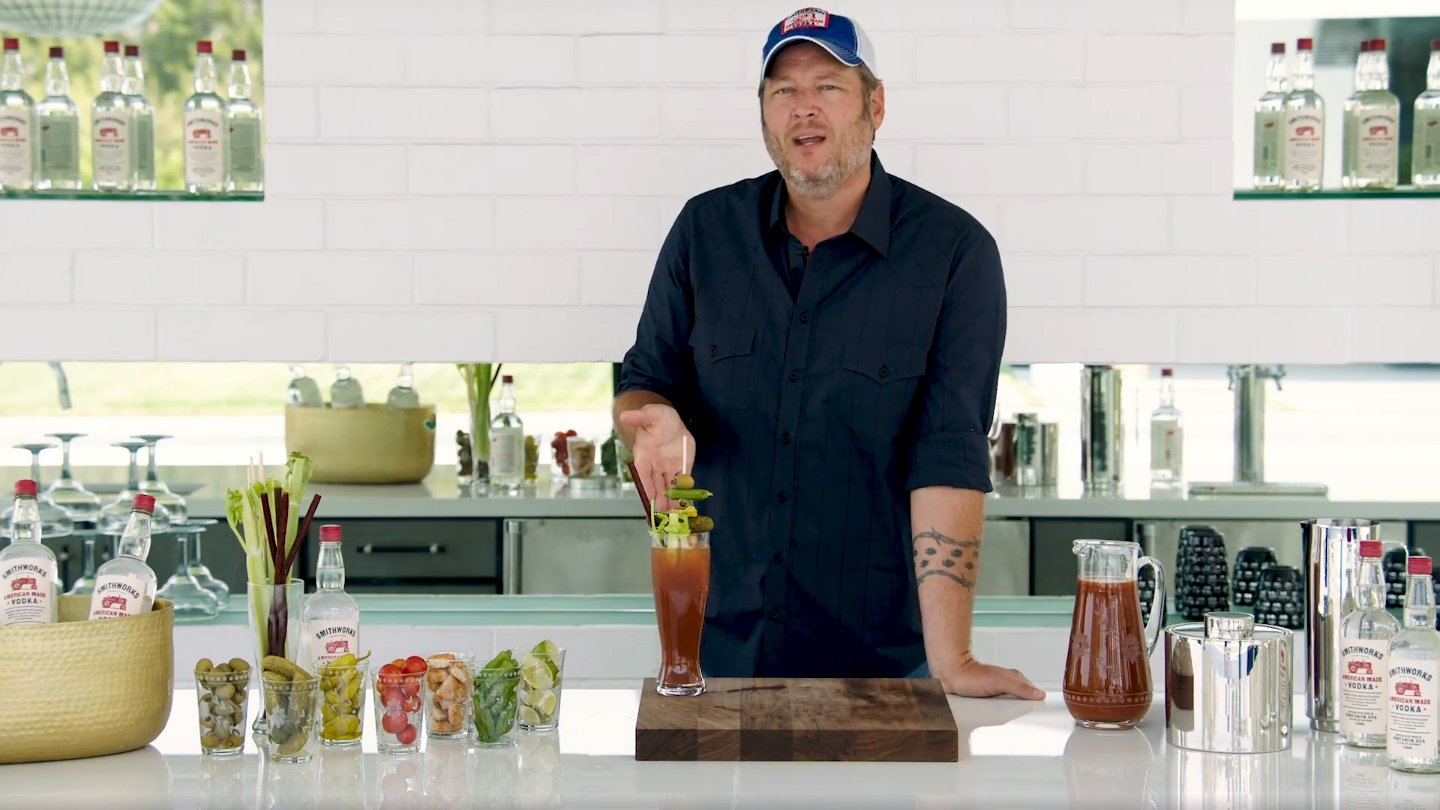 Do You Make The World’s Best Bloody Mary? Prove It By Entering Blake Shelton And Smithworks Vodka’s National Contest

Blake Shelton and American-made Smithworks Vodka are seeking the nation’s best Bloody Mary recipe with the launch of a national contest. From September 1 through September 30, those interested can enter their best Bloody Mary into the competition via social media and they will get a chance to be named the official Bloody Mary Master by none other than Blake Shelton.

To enter, tag @blakeshelton and @smithworksvodka in an image of your Bloody Mary masterpiece on Twitter or Instagram. The post must also include the cocktail recipe and the contest’s official hashtags, #SWBloodyMaryContest. On October 4, National Vodka Day, Blake Shelton will host a Facebook Live on his own channel, where he will taste test the top four recipes submitted and determine the winner. The four finalists will be selected on October 1.

“I’m ready to find the Bloody Mary master and know their delicious recipe is out there just waiting for its debut,” said Blake Shelton. “I’m excited to have teamed up with my friends at Smithworks Vodka to put together this friendly competition to determine who has the best Bloody Mary recipe in the U.S.!”

The winner will be crowned by Blake live on air on National Vodka Day and will receive a custom Bloody Mary trophy and a one-of-a-kind Smithworks Bloody Mary Bar Cart, stocked with classic Bloody Mary ingredients and garnishes.

“Smithworks is born and bred in America, just like the Bloody Mary cocktail,” said James Pennycuick, Senior Brand Manager Smithworks, “With this competition, we are celebrating two American-made classics in a fun and delicious way. We’re excited that Blake will be helping us taste test the top four submissions and picking the winner!”

For details on how to enter the contest, visit the contest’s official website. Those who don’t have their own Bloody Mary recipe or need a place to start, can check out Smithworks Vodka’s recipe.