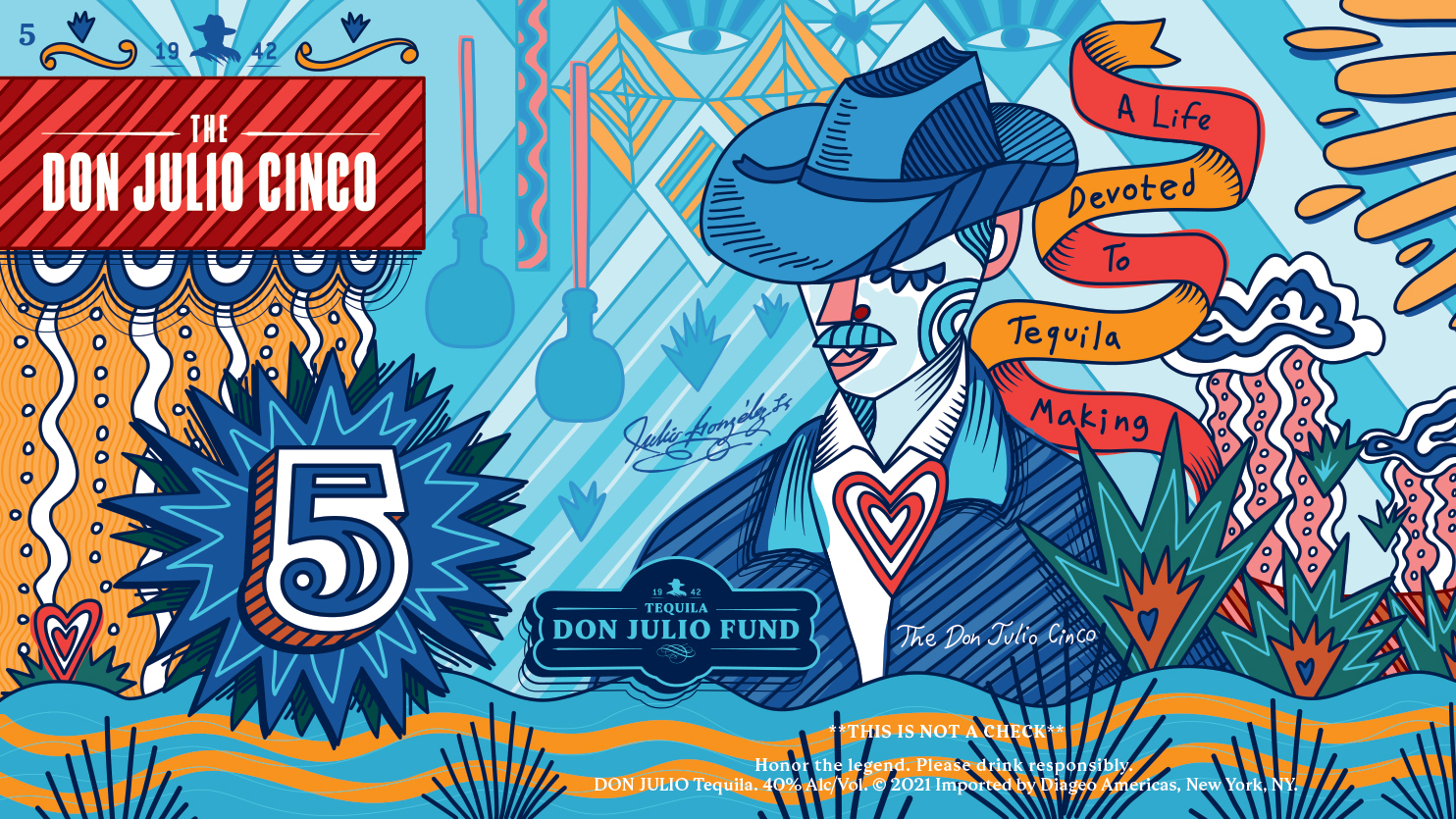 To celebrate Cinco de Mayo, Tequila Don Julio has announced the establishment of The Tequila Don Julio Fund – a fund that will commit $1 million in aid over the next four years to charities whose missions help our community grow stronger. To support the devoted bartenders and restaurant workers who have always made Cinco de Mayo celebrations so special, and most notably the Mexican workers who continue to keep this industry going year after year, the Fund will make its first contribution on Cinco de Mayo through a combined donation of $125,000 that will be distributed to two outstanding charities: No Us Without You LA, a nonprofit organization that provides food security for Mexican hospitality workers in the greater Los Angeles area, and Restaurant Workers’ Community Foundation, an advocacy and action nonprofit created by and for restaurant workers.

Through its programs, Tequila Don Julio hopes to inspire people to visit and support their favorite local establishments again. In an online sweepstakes and real-world instant win game promotions, the luxury tequila brand will release $125,000 worth of “Don Julio Cincos” – digital and physical vouchers designed by Mexican Artist Claudio Límon and inspired by Tequila Don Julio’s Mexican heritage and our support of the hospitality industry. Each one unlocks $5 that consumers are encouraged to spend at a local bar or restaurant of their choice on Cinco de Mayo.

To help support their favorite bars and restaurants this Cinco de Mayo, consumers are encouraged to get involved:

“Tequila Don Julio is a brand rooted in devotion and committed to those we call our familia,” says Christina Choi, Senior Vice President of Tequila, Diageo North America. “Every day we aim to emulate the values of our founder by serving, supporting and celebrating the people who made Tequila Don Julio the brand it is today. This Cinco de Mayo, beyond our donation to two amazing nonprofits supporting hospitality workers, we hope to also inspire people to support their favorite bars and restaurants themselves.”

For more information on The Tequila Don Julio Fund and our ongoing commitments,  check out the official website.