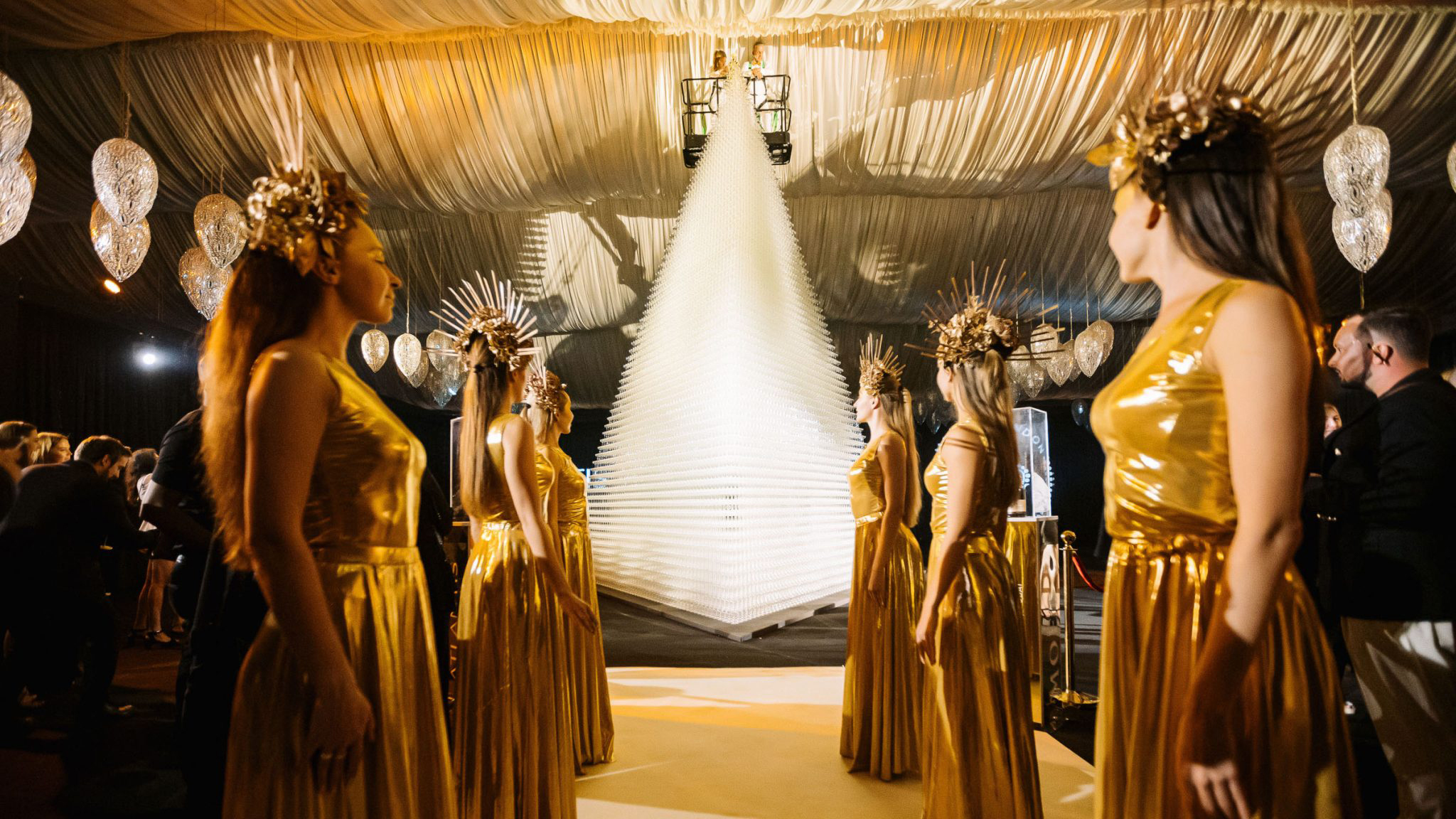 The Atlantis, The Palm hotel in Dubal started the new year by setting the Guinness World Record for largest Champagne tower. The giant glass pyramid was made up with 54,740 coupe glasses and filled with Moët & Chandon.

“Following what has been a challenging year for us all, it’s a pleasure to stand here today toasting to the dawn of 2022,” said Timothy Kelly, Executive Vice President and Managing Director, Atlantis Resorts and Residences. “Tonight, we join our valued partner and fellow masters of celebration, Moët & Chandon, in creating a moment in history born from our mutual vision of celebrating togetherness. The champagne tower is traditionally a beacon of greatness and generosity, and we’d like to toast to a new year filled with both in abundance.”

Laurent Dominguez, General Manager, Moët Hennessy Middle-East, noted: “A symbol of celebration and generosity, Champagne Pyramids are deeply-rooted in Maison history and DNA. In 1983, to mark its 240th anniversary, Moët & Chandon established the first world record for the highest champagne pyramid with 2,757 crystal glasses. Almost 40 years later and alongside our valued partner and iconic destination resort, Atlantis, The Palm, we are thrilled to perpetuate this heritage and create a new milestone with this daring attempt.”

Standing at more than 27 feet high, the Champagne tower was erected in a tent at the resort and took five days and more than 55 man hours to stack. The hotel said it beat the previous Guinness World Records title of 50,116 glasses, which was set in Madrid in 2017.

“It takes some considerable planning and organization to pull off a feat of this magnitude,” Pravin Patel, the official adjudicator at Guinness World Records said in the statement. “The strict guidelines provided by Guinness World Records has been observed to the letter, and it was a pleasure to witness such a dedicated team at work.”

For more information, head over to the hotel’s official website.