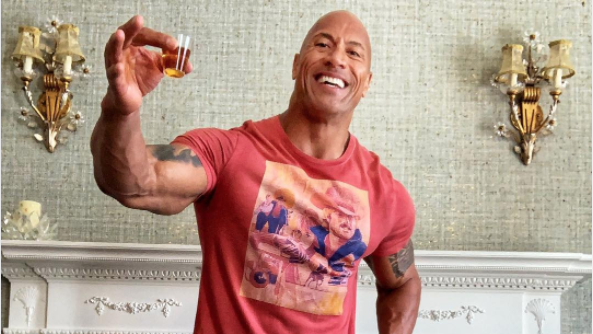 Dwayne Johnson, aka The Rock, is joining the long line of celebrities with their own brand of booze. Taking to Instagram last week, the pro wrestler turned actor announced the liquor would be dubbed Teremana Tequila. Apparently, we’ve been smelling blue agave all along.

“The name is official: Ladies and gents, I proudly bring you, TEREMANA TEQUILA,” wrote The Rock on his social media page. “TERA is meant to represent “Terre” which means of the earth and MANA is our powerful Polynesian spirit that guides us. Spirit of the earth. Our goal is to create a tequila that is the best of quality and taste, but done the right way—by hand. Small batch, handcrafted tequila from our Teremana blue agave, maturing in the highlands of Jalisco, for everyone to enjoy.

“After years of hard work, this blessing is truly a dream come true—but it’s just the beginning and there’s much work to be done. I’m committed with my team to bring you the best tequila, because quality and legacy are what matter most. From all of us here at Distilleria’ Teremana, we invite you to COME HAVE A DRINK. The tequila of the people.”

Few details on Teremana Tequila have been released prior to, or even following the announcement of its name, but thirsty fans can expect to get their hands on a bottle of in early 2020.

Elsewhere in the celebrity liquor market, Bob Dylan has just announced the upcoming release of the first volume of his “Bootleg Series” Bourbon from Heaven’s Door Distillery. It will hit retailers nationwide in early December.