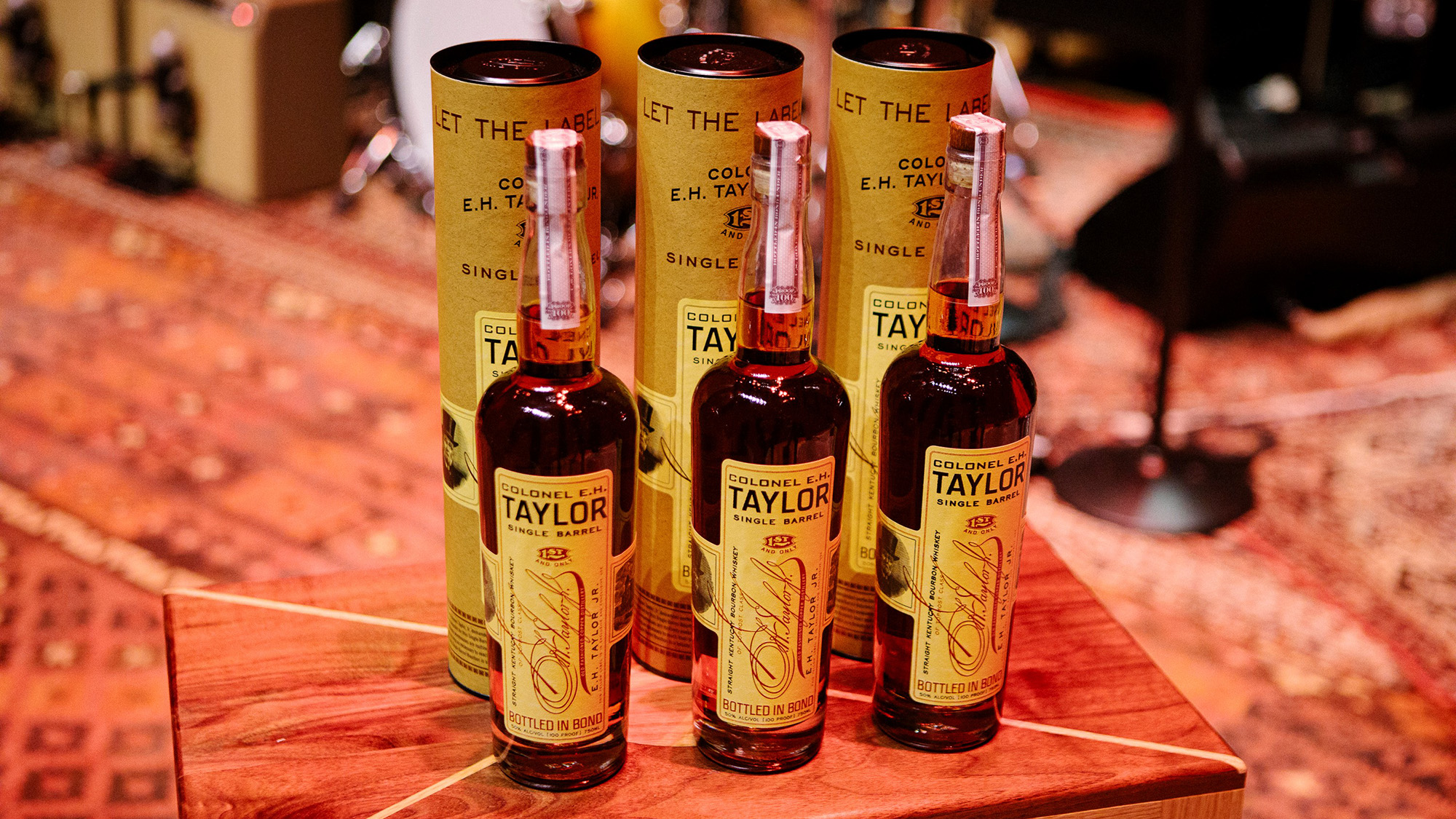 In honor of the 125th passing of the Bottled in Bond Act, Buffalo Trace Distillery has teamed up with Chris Stapleton to release a commemorative single barrel E. H. Taylor, Jr bourbon.

The Bottled in Bond Act, which was passed on March 3,1897, guaranteed the integrity of the whiskey to the American consumer, and among other things, guarantees only water can be added to the whiskey.

This is the second year for the partnership between E. H. Taylor, Jr. Bourbon and Chris Stapleton’s charitable fund.  Two prize packs are available for bidding now through March 17, 2022 on charitybuzz:

The remaining bottles will be used by Stapleton’s charitable fund Outlaw State of Kind throughout the year to raise funds for various causes.

“The first glass of E.H. Taylor, Jr. I ever had was in the studio,” said Stapleton. “Vance Powell, engineer of both music and good times, brought a bottle to the session for inspiration. That week we recorded an entire album, and that album was ‘Traveller.’ We’ve made it a point to keep a bottle around ever since. We’re proud to celebrate the 125th anniversary of Bottled in Bond Day with this special Single Barrel bottling. All proceeds raised by these bottles will benefit Outlaw State of Kind, our charitable fund that is dedicated to giving back to the people and communities that continue to play a vital role in our journey.”

“We’ve very excited to be able to partner once again with Chris Stapleton and Outlaw State of Kind,” said Sara Saunders, vice president, American whiskey.  “We were lucky enough to partner with Chris last year, and we are very pleased his charitable fund was able to raise so much money over the past year for so many different causes.  We’re excited to kick off this second year of partnership on the 125th anniversary of Bottled in Bond Day, and with two great prizes going live today, we hope fans of both his music and our bourbon can help out even more needy causes.”

The E. H. Taylor, Jr. Single Barrel was distilled at Buffalo Trace Distillery and put in the barrel on June 3, 2009.  Bottled in mid February, this bourbon is over 12 years of age, and like the act its namesake fought so hard to pass, is Bottled in Bond at 100 proof (50% ABV).

Like the other E. H. Taylor, Jr. releases, this Single Barrel is packaged with elements of Taylor’s original bottlings from the turn of the 20th century, a vintage label bearing his signature and a distinct canister reminiscent of Taylor’s whiskey package from over one hundred years ago.  The canister gives a nod to this unique bottling with a commemorative sticker noting the 125th anniversary of Bottled in Bond Day and the partnership with Chris Stapleton.