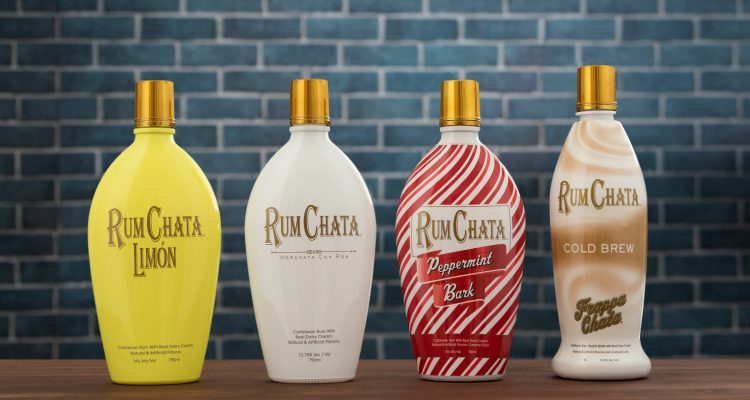 E & J Gallo has announced that its Spirits Division has signed an agreement to acquire Agave Loco LLC, the owner of RumChata.

Inspired by the traditional milky rice drink from Mexico, founder and master blender Tom Maas began experimenting in his kitchen to create his version of a rum-based horchata. Using fresh dairy cream, rum and a proprietary sweet spice blend, RumChata was born in 2009. Since its introduction, RumChata has steadily grown within the cream liqueur category in both retail and on-premise.

“First of all, I want to thank the distributors and retailers, as well as our employees, who supported RumChata since its inception,” said Maas. “Your backing of the brand meant the world to us and will not be forgotten. As a small independent producer, we never imagined the success of RumChata when we were just getting started back in 2009. We have taken the growth of the brand as far as possible as a small supplier, and it was the right time to find a new brand steward. I know the RumChata brand will thrive under Gallo’s guidance, and I am excited to watch the brand continue to grow and evolve in the future.”.

RumChata has continued to innovate over the past decade in order to adapt to changing consumer trends. In 2016, RumChata introduced MiniChatas, 25ml cups for consumers wanting to add RumChata to their coffee. A year later in 2017, RumChata Cold Brew (formerly FrappaChata) was introduced and most recently RumChata Limón has been added as a permanent addition to the RumChata family. RumChata has also released a variety of seasonal offerings, including RumChata Peppermint Bark.

“We see tremendous potential with this acquisition to further innovate in the premium spirits space with unique consumer propositions, while continuing to add value to our wholesaler and customer partners,” said Vice President and General Manager of Gallo’s spirits business, Britt West. “Opportunities like this are rare in the spirits industry and we are excited to add RumChata to our expanding portfolio of noteworthy brands.” He added, “We look forward to continuing to build brand awareness for RumChata, while expanding its availability both in the U.S. and Internationally.”

The Gallo acquisition includes Agave Loco LLC, which owns the RumChata brand, and Midwest Custom Bottling LLC (MCB), which produces RumChata at its facility in Pewaukee, Wisconsin. The Tippy Cow and Holly Nog brands owned by MCB are also included in the transaction. The sale is expected to close on April 16, 2021. Agave Loco and MCB were advised by Livingstone. Terms of the agreement were not disclosed.

In January, E & J Gallo Winery announced that it had completed the acquisition of more than 30 wine brands from Constellation Brands, Inc.

Last October, Gallo opened the California Brandy House in the heart of downtown Napa. On November 6, 2020, the new tasting room became the first stand-alone tasting room dedicated solely to luxury California brandies as it opened its doors at First Street.