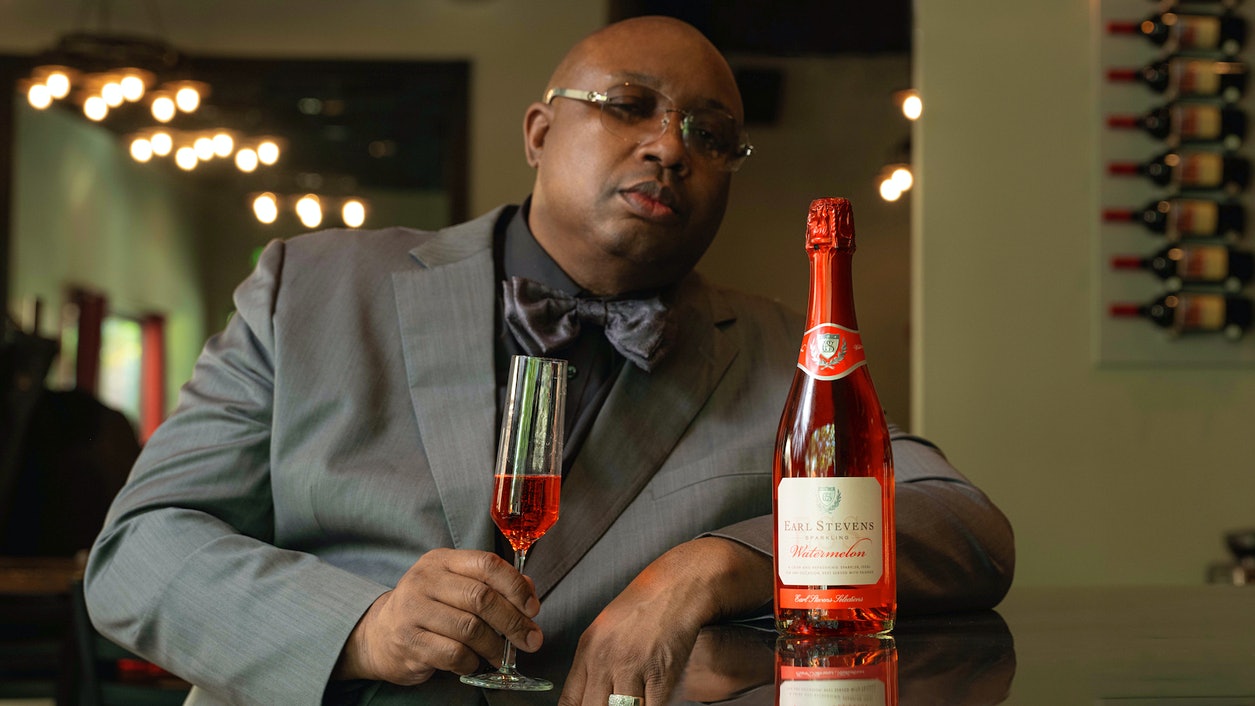 Earl Stevens, aka rapper E-40, has worked with a number of hip hop giants – Tupac Shakur, T-Pain, Lil Jon, Raekwon and Snoop Dogg – but now he’s building a new kind of empire. Having noticed that beside every plate in a steakhouse is a glass of wine, he figured a smart way to invest.

“In [the music] industry, we tour and we’re moving around and sometimes you need to take a break from spirits,”

“I’ve spoken to big-name rappers and they drink tequila, vodka, Cognac and gin, but sometimes they want to take a break and drink wine.”

The rapper launched his eponymous, Earl Stevens Selections in 2013; his debut red blend took its name from his 2012 hit single, “Function.”

In the past five months, the platinum recording artist added four new sparkling wines sourced from California’s Lodi AVA, as well as a Prosecco and Prosecco rosé from Italy.

Despite that Stevens’ stage name is a nod to a fondness for Olde English 40s, he explains that his appreciation for wine started early in life.

Growing up in Vallejo, California, not far from Napa Valley, he would watch his mother wind down with Carlo Rossi wines on the weekends after working multiple jobs to support four children in a single-parent household.

In his early twenties, Stevens and his now-wife, Tracy, would head to wine country to taste.

“I was the only young rapper drinking wine,” Stevens recalls. “We’d go to Napa all the time to do wine tours, and that’s the first time I tasted Muscat and I was like, ‘This is hella good!’ I remember we’d go to Wente Vineyards in Livermore, and Mondavi and Kendall-Jackson in Napa.” Stevens adds that Caymus has become one of his favorite wines.

Stevens has also recently inked a new distribution deal with Southern Glazer’s Wine & Spirits which will put Earl Stevens Selections in 41 states, up from 17 when the brand launched in 2013.

“I paid my dues, and I stayed working hard to get to this point and built up the demand to have [Southern] bring me in,” Stevens said. “It’s now catching on to other demographics, and when people taste wine, they know this is a rapper that cares about his products.”

Stevens also sells rum, Bourbon and Cognac through his Tycoon label, and plans to add beer, tequila, vodka and gin to his repertoire in the near future. “I keep my ear to the street like a soccer cleat,” Stevens, who loves to sprinkle rhymes in conversation, says. “I diversify my portfolio by staying consistently motivated and watching the game.”

For more on Earl Stevens Selections, head over to the official website.