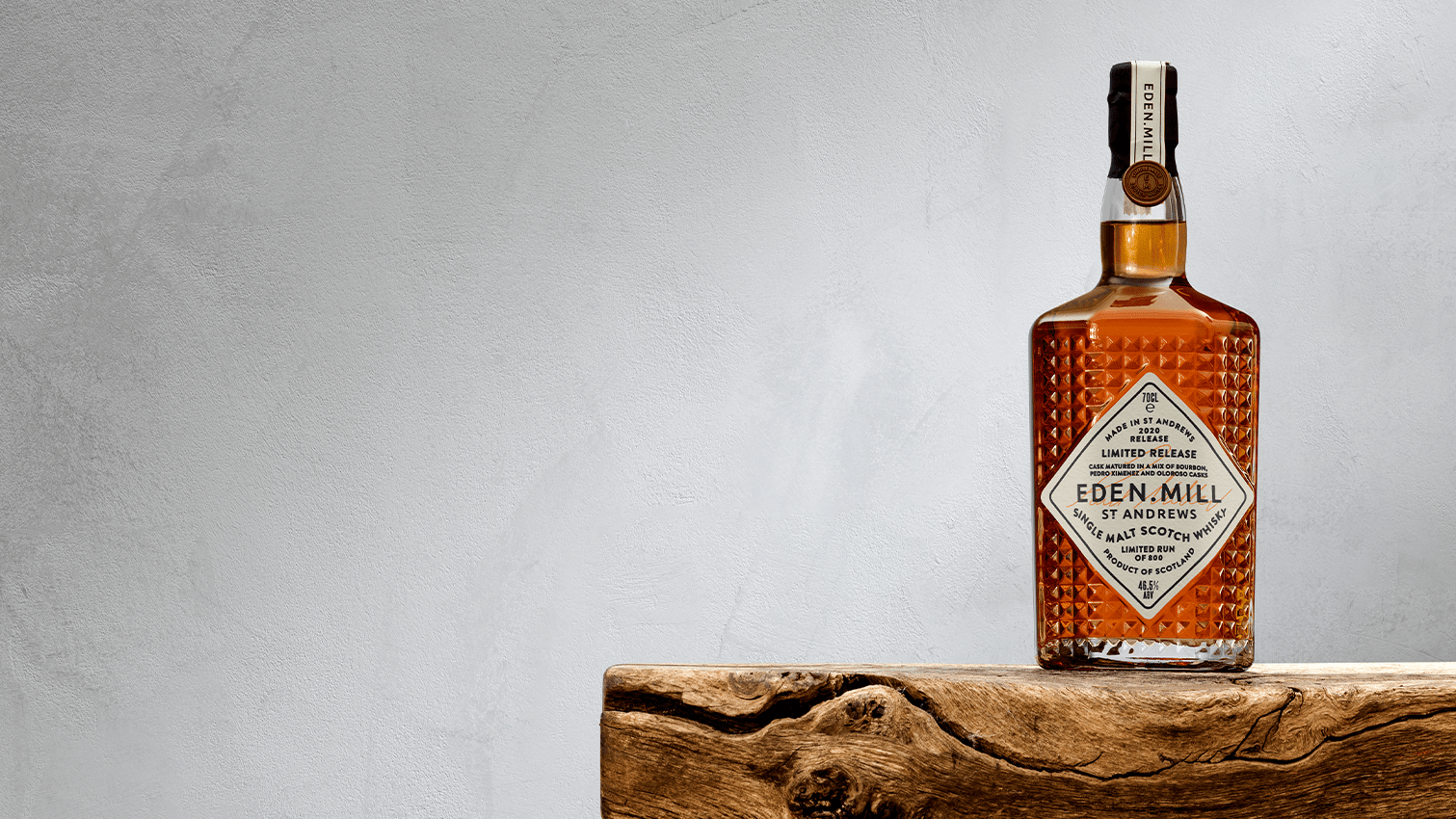 “The liquid we have crafted pushes the boundaries of our previous whisky expressions,” said Scott Ferguson, Eden Mill’s head distiller. “This small batch of Eden Mill single malt showcases the evolution of cask and spirit, bringing you light vanilla and toasted cinnamon from Bourbon barrels, combined with the rich fruit and subtle spice from our distinctive range of Sherry casks, leading to a creamy biscuity finish.”

Bottled at 47% ABV, Eden Mill Hip Flask Series #16 is a Pale Malt Spirit aged in an ex-Islay Whisky Refill cask. The cask of standard pale spirit has been matured in an ex-peated cask to showcase the amount of peat flavour the cask itself can contribute to the spirit. The Whisky is pale straw in color, with a dry, almost-wood-smoke aroma, along with cereal-and-hay aromas. The peat level is mild-moderate, with the emphasis being more on the woodsmoke-bonfire-ember character.

Also bottled at 47% ABV, Eden Mill Hip Flask Series #17 is a Peated Malt Spirit aged in a refill Bourbon cask. This is the distillery’s first cask of peated malt spirit that they’ve released, matured in a refill Bourbon cask. The Whisky is a straw-amber color, with a more pronounced, phenolic peaty aroma. The peat level is richer, with a robust earthiness along with a dense, peat-smoke flavor. This is lightened with spicy oak and sweet vanilla character from the bourbon cask.

“This limited release is a real reflection of the team, our passion and Eden Mill’s pioneering spirit which has stayed strong throughout 2020,” said Paul Miller, co-founder of Eden Mill. “We can’t wait for people to enjoy a dram of our 2020 single malt Scotch safely at home this festive season.

“We anticipate the new year with excitement and hope as we look forward to the relief a vaccine will bring and also the completion of our new carbon-neutral single malt distillery in St Andrews, which will be the first of its kind in Scotland and a significant step in our Eden Mill journey.”
Both the 2020 Single Malt and the bundle featuring the new Hip Flask Whiskies can be purchased via the Eden Mill official website.