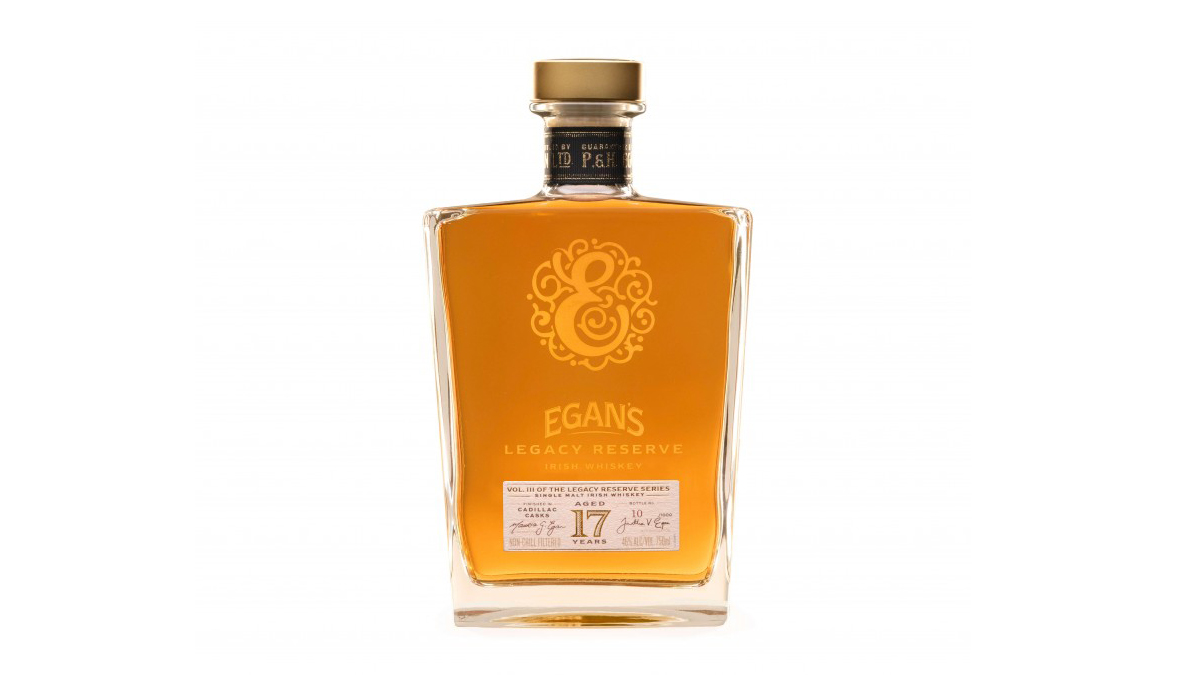 Egan’s Irish Whiskey 17 Year Old Legacy Reserve III is first aged for 17 years in American Bourbon casks and then finished in the French sweet wine casks. The wine that’s kept in the casks is “a sweet white wine made from Biturica vines on the hillsides of the Entre-Deux-Mers subregion of Bordeaux, taking its name from the town of Cadillac.”

On the nose, the Whiskey features aromas of vanilla with hints of honey, acacia, honeysuckle, vanilla, citrus and apricot. The palate offers a buttery mouthfeel with flavors of baked peaches, pears, and honeyed apricots giving way to a nectar aftertaste..

Coming in at 46% ABV and limited to just 1000 bottles, Egan’s Irish Whiskey 17 Year Old Legacy Reserve III is on sale for €170 ($198 USD) and can be found at the Celtic Whiskey Shop as well as a variety of other specialty retailers.

This limited release follows an impressive run of recent awards from Egan’s Irish Whiskey. Centenary – a blend of hand selected single malt and single grain finished in XO Cognac casks of French Limousin Oak – was awarded Double Gold at the 2020 Sip Awards in August, well as Gold Best in Class at the 2020 Whiskies of the World Awards the same month. Egan’s Fortitude also won Irish Whiskey of the Year at the recent New York International Spirits Competition at the end of August, the only Irish whiskey to receive a double gold, at 96 points.

Egan’s has also just secured a distribution deal with Total Wine in the U.S., bringing the irish Whiskey to a larger audience across the States for the first time.